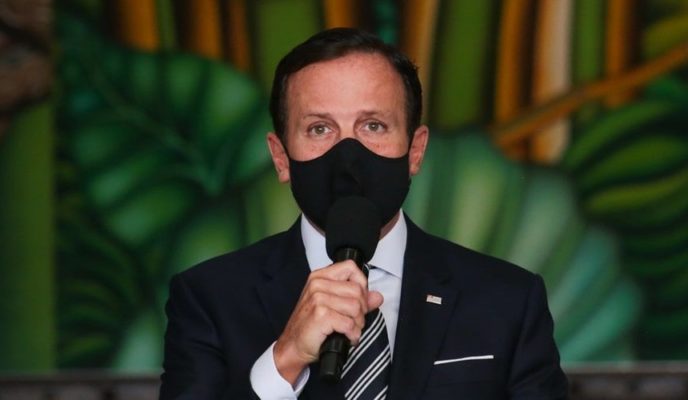 The governor of the Brazilian state of São Paulo, João Doria, announced on Wednesday he tested positive for the novel coronavirus, and said he will continue to work from his home, following all medical recommendations and social distancing guidelines. Brazilian president Jair Bolsonaro’s approval ratings have reached a record high, according to a Datafolha poll released yesterday. The government of China has announced that a sample of frozen chicken wings imported from Brazil has tested positive for COVID-19, after a batch of imported shrimp from Ecuador to the Asian country had also tested positive for the disease. US president Donald Trump has publicly announced that the governments of Israel and the United Arab Emirates have struck a historic peace deal; the Middle Eastern countries issued a joint statement with the US in which they agree to cooperate in several areas. Finally, the American government has announced it will ban all charter flights to Cuba, in order to prevent foreign money from entering the Communist nation.

The governor of the Brazilian state of São Paulo, João Doria, has tested positive for COVID-19. He claimed not to have felt any of the disease’s usual symptoms: “According to the principle of full transparency we have been dealing with the pandemic, I am informing I have been diagnosed with COVID-19. I am feeling fine, with no symptoms. I will carry on my work from home, following all medical recommendations of social distancing. I have faith in God I will overcome the disease,” he said in a video posted on his social media accounts. Doria will not ask for a medical leave and will continue to work while in isolation.

Yesterday, China informed that a sample of frozen chicken wings imported from Brazil has tested positive for COVID-19. A sample of the batch has been analyzed by the Asian country’s disease control authorities and was found to contain traces of the novel coronavirus, while workers who handled the wings and other food products stored nearby have tested negative. One day earlier, a package with shrimp imported from Ecuador had also tested positive for the disease. As a preventive measure, the Chinese government has begun to monitor all containers with meat and seafood arriving at the country’s main ports. In a statement, the Brazilian Animal Protein Association said it is investigating the report issued by Chinese authorities on the “alleged contamination.”

United States president Donald Trump announced yesterday that Israel and the United Arab Emirates have struck a “historic peace agreement” which is bound to normalize relations between both Middle Eastern countries. According to a joint statement issued by Trump and authorities from Israel and the UAE, delegations from both countries will hold a meeting within the next weeks in order to sign deals on investments, tourism, direct flight connections, energy, health, culture, environment, and even the establishment of mutual diplomatic embassies. Both nations also pledged to cooperate in the fight against COVID-19. “This normalization of relations and peaceful diplomacy will bring together two of America’s most reliable and capable regional partners,” read the statement, signed by Israeli prime minister Benjamin Netanyahu and sheikh Mohammed bin Zayed al-Nahyan, prince-heir of the United Arab Emirates.

US to suspend all flights to Cuba

The United States will suspend all private charter flights to Cuba, in order to put more pressure on the Caribbean island’s government, according to a statement released by the US Department of State on Thursday. The goal of the measure is to prevent the entry of foreign currency in the Communist nation. Exceptions will be made for authorized public flights destined to and leaving the capital, Havana, emergency medical flights, and other trips which might be considered to be in the public interest of the US. The announcement was made by US Secretary of State, Mike Pompeo, who wrote on his official Twitter account: “Today I asked the Department of Transportation to suspend private charter flights between the US and Cuba. The Castro regime uses tourism and travel funds to finance its abuses and interference in Venezuela. Dictators cannot be allowed to benefit from US travel.”