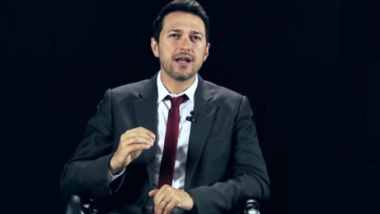 “From a point of view of economic science and psychology, it would be bad not to have an arrest after a second-instance conviction”, says Erik Navarro

Federal judge and academic director of Instituto New Law, Erik Navarro is a defender of arrests after second-instance convictions – and understanding defended, for instance, by the Operation Car Wash taskforce, but that may soon be changed by the Federal Supreme Court (STF). Navarro uses psychology and economics as a basis for his argumentation: “From a point of view of economic science and psychology, it would be bad [not to have an arrest after a second-instance conviction].”

Navarro will present his point of view on the issue on the event New York Experience, organized by Instituto New Law, which will be held in the United States from April 23 to 26, and will be attended by, among others, Marcelo Bretas, Operation Car Wash judge in Rio de Janeiro, and Federal Supreme Court (STF) justice Luís Roberto Barroso. In an interview by telephone, Navarro spoke to Gazeta do Povo and explained his understanding of the psychology of the arrested.

You defend that the sentence should be served right after a second-instance conviction. Why?

There are several reasons for which a sentence should be served right after its second-instance conviction. The first one is that, if that’s the way it is done in all civilized countries throughout the world, it’s possible that they’re all wrong and we are right.

But why has this choice been made in other countries around the world? Because of this: human beings esteem, give much more importance to the present than to the future. Therefore, whenever they put into perspective something that is still far away from happening, they tend to diminish the weight of that [the possibility of arrest]. Let’s imagine that an individual who committed a crime of corruption knows that, if convicted, his sentence will be 10 years in jail. This 10-year sentence is felt much less when it takes a long time to be put in practice.

The [legal] process in Brazil is already slow by nature. The more judging instances you insert into this process, the slower it will get. When you add a third instance on top of the two previous ones, the possibility of a conviction seems to be lost in time. Even if the sentence is harsh, it is seen by the person who committed the crime as a much lighter sentence. From a psychological point of view, as well as in terms of economic science, it is bad in the sense of the preventive aspect of the sentence, so that an individual is afraid of committing a crime and being imposed a sentence. The non-execution of the sentence after a second-instance conviction is extremely harmful. Especially since when someone commits a crime of corruption, for instance, the benefits are felt immediately. He receives that bribery, that amount, [right now]. But if he becomes aware that his sentence will take too long to be executed, the weight [of the fear of being punished] is psychologically reduced. Even though we’re talking about a super-rational person.

When discussing this subject, usually people think about high-publicity cases, such as that of former president Lula. What is the impact on Operation Car Wash if the STF decided to change the current understanding?

I believe that the impact will not be great exclusively on Operation Car Wash, but on all other operations which deal with corruption in the public sector. Because many of these people [corrupters and corrupted] end up helping with the investigations out of the fear of being arrested. When you insert two more [instances], begin to speak about STJ [Superior Justice Court] and STF, that possibility is greatly reduced. And the individual may still be acquitted. And even if he or she is convicted, his sentence may be barred by the statute of limitations. Or the process might take too long to be tried, and the person will not feel compelled any longer to collaborate with the investigations by, for instance, turning state’s evidence. So this is one of the aspects because it would be bad for all corruption-fighting operations, at least from this point of view, if the Supreme Court changed its stance.

How could this decision have an impact on the life of the ordinary citizen? Is there a study on the issue?

We have some interesting data. One of them is that the Supreme only effectively arrested someone for passive corruption after the criminal prosecution of the Mensalão. Previously, no one had been effectively arrested [for corruption]. Considering that in inferior instances that happened more often, naturally, this reduces the population’s trust not only in the judiciary branch, but also in the democratic system. The population begins to feel sacked by the people they themselves elected. And the other consequence, which is the worst of all, is that it generates a stimulus for unrepublican practices to keep occurring, and, naturally, the public money ends up being embezzled or misused. This causes a drop in social well-being, in a general way: there is less money left to take care of health, education, and the state eventually has to raise taxes, and people’s lives worsen.

How do you see the Supreme Court’s delay in addressing the issue once again? Their understanding of the cause has changed a few times. Does that create instability within the judiciary?

Every change in an understanding from superior courts generates instability. And these instabilities are never good, because those who live in a specific country or want to invest in it are looking for security, and not the opposite of that. Actually, until 2009 the Supreme Court thought as it did today, and then it changed [determining that convicted felons could only be arrested after a last-instance trial]. Then they went back into this position [authorizing an arrest after a second-instance trial]. This is happening especially due to changes in the composition of the Federal Supreme Court – which is normal; some justices retire, others are appointed. And, in Brazil, this is not a problem of justices; it something inherent to our culture: we always personalize too much, we haven’t created properly in Brazil a culture of institutions – and I am not talking about any specific justice nor about the Supreme Court; I am talking about me, you, all of us. Therefore, whenever the court’s composition changes swiftly, its institutional stance also changes. In a way, within our culture that is normal, it is a problem of the Supreme Court. Perhaps we need to mature more our institutions, in a general way, so they can be more stable through time. This is worth for all of them. And, in my opinion, for the Supreme Court.

Your work mentions the possibility of shorter sentence times, if they are served right after a second-instance conviction. Could the calculation of the sentence change in order to be more effective in such cases?

Precisely. What happens when someone commits a crime? The person makes, even if intuitively, a cost-benefit analysis. The benefit he obtains from the crime committed, against the cost, which is the sentence, the possibility of being arrested. Besides, there’s the question of time. Let’s consider this: that a sentence for a specific crime is 10 years in jail, but the possibility of this person being sued and effectively convicted is 50 percent. Therefore, the sentence this person is looking at is five years, and not ten. But, as this gets farther and farther away in time, these same five years are no longer seen as five years, they are seen as less time. Besides – and this is scientific – the first days, the first months, are felt much more by that [arrested] person’s psychological. So, when you say: ‘I will take a five-year sentence and double it to ten, [because] this will reduce by half the incentives for this person to commit such a crime,’ it never happens precisely like this. Because the next years will be felt less intensively than this person’s first years in prison. And with this dilution in time, the intensity [of the punishment] becomes even smaller.

White-collar crimes, compared to simpler crimes, like the so-called “petty crimes”, seem to drag even longer, often because of the difference in purchasing power of the parties involved. Recently, Madeleine Lacsko’s blog, A Protagonista, published here in Gazeta do Povo the case of businessman Ricardo Mansur, who took 21 years to be convicted to 5 years and 6 months – in a semi-opened regime – for embezzling R$ 42 million. How does this difference work?

There are several reasons. In these day-to-day crimes, people end up being arrested because they are often caught in flagrante delicto. That makes it easier to obtain a provisional arrest want. And there also court expenses: sometimes the people can’t afford them, and is unable to reach the higher judicial spheres.

But in this example you gave me [Ricardo Mansur’s], without getting actually into the merit of the cause, here’s the reasoning: when you realize how long it took for the individual to be convicted, and you put yourself into the shoes of another businessman who also wanted to commit fraudulent actions, that person will see this example and say: ‘Twenty years [to be tried]? If I am 50 [years old when I commit the illicit act], I will only suffer any consequences of this action when I am 70.’ Therefore, the person tends to dilute [the risk] to a point that he even ignores the possibility of being punished. They simply do not consider this possibility.

Could a definitive solution on executing the sentence right after a second-instance conviction be a tool against impunity? Could it be a way of making the justice system quicker?

I think [so]. First of all, because any insecurity is bad for the judiciary as a whole. It loses strength. People become discouraged to respect the law; and that is bad for a civilized society. Therefore, I think that, whatever the understanding of the Supreme Court is, as long as it is respected by everyone, this is the best solution. Of course, from a scientific point of view, it would be more effective if the sentence could be executed as soon as possible. But, from the point of view of the judiciary system as a whole, it is always good when the Supreme Court defines an understanding to be accepted and followed.