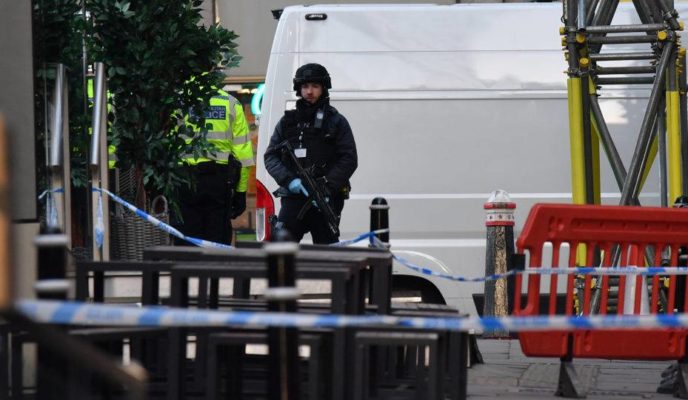 A man stabbed at least five people near London Bridge before being shot down and killed by British police officers. Brazil owes R$ 1.7 billion to the United Nations, and must pay at least R$ 530.6 million by January 2020, or it risks losing its voting rights, according to a letter sent by the international institution’s controller to the Brazilian ambassador. A Pará state court has revoked the arrest of four volunteer firefighters arrested this week on charges of causing fires in the Amazon region near the city of Alter do Chão. A group of Brazilian lawyers and former government ministers have petitioned the International Criminal Court to start an investigation on president Jair Bolsonaro for committing crimes against humanity and inciting the genocide of Brazil’s indigenous people. An illegal migrant camp in the northern region of France’s capital, Paris, has been dismantled, and 500 people who lived there have been transferred to temporary accommodations.

A man stabbed at least five people near London Bridge early on Friday afternoon. Several members of the public managed to tackle the attacker, who was wearing what apparently looked like a suicide vest, on the north side of the bridge; police officers who responded to the scene then opened fire, killing the man. Parts of central London are on lockdown, and the police declared it a terrorist incident. According to mayor Sadiq Khan, some of those stabbed were ‘seriously injured’. Witnesses described a scene of panic around London Bridge.

Brazil needs to pay R$ 530.6 million to the United Nations by the beginning of January 2020. The total amount owed by the country is R$ 1.7 billion. The Ministry of Foreign Relations asked the Ministry of Economy for an urgent release of funds, otherwise Brazil may lose its voting rights in the international institution’s General Assembly. A letter signed by U.N. Controller Chandramouli Ramanathan sent to Brazil’s U.N. ambassador, Mauro Vieira, claims that 136 member states have already cleared their debts in 2019 and asks for at least the minimum payment of the total amount.

A Pará court has revoked the preventive detention of four volunteer firefighters who had been arrested after being accused of causing forest fires in the Alter do Chão region. The decision was handed yesterday by the same judge who had previously issued the arrest warrants, Alexandre Rizzi, of Santarém’s 1st Criminal Court; Rizzi claims that there is no reason to keep the suspects under arrest, since they have given their statements and have a fixed residence. Pará state governor Helder Barbalho has ordered the replacement of the police chief responsible for the investigation.

Charges against Bolsonaro filed at the International Criminal Court

On Wednesday, a group of Brazilian lawyers and former ministers have filed charges against president Jair Bolsonaro for “crimes against humanity” and “inciting the genocide of Brazil’s indigenous people” at the International Criminal Court. Now, the court must decide whether to open an investigation on the 33 actions and comments listed in the petition, which range from the president’s vocal support of illegal mining in protected areas to failing to safeguard forests. Experts say The Hague-based International Criminal Court receives thousands of similar communications each year, and most do not lead to any investigation.

More than 500 immigrants were transferred on Thursday to temporary accommodations, after the French police dismantled a migrant camp in northern Paris. The operation, the 60th of its kind since the beginning of the migratory crisis in 2015, happened without any incidents and under the supervision of the local police. Three weeks ago, two other camps were dismantled in the same region, where 1,600 illegal migrants had been living in tents. French authorities promised to dismantle all illegal camps around the city of Paris.