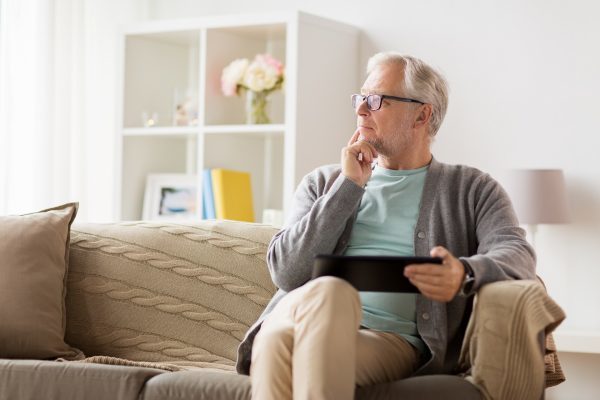 Preparing for death means living a more dignified life. This is the conclusion of a study conducted by psychologist Gabriela Machado Giberti, of the University of São Paulo’s (USP) Psychology Institute (IP) with elderly people over the age of 80. The research, entitled “The only certainty of death is life: phenomenological investigation on elderly people who are preparing for death,” has been written for the psychologist’s Masters’ degree. Giberti is a gerontology expert at the Albert Einstein Israelite Institute of Teaching and Research, and reveals that ignoring death or treating it as taboo brings suffering during the aging process.

What was your motivation to develop the research?

The research’s basic thought chain is the existential-phenomenology which comprehends human experience as something singular. Therefore, I am not looking for a generalization of the information apprehended in the study. Three long-living elderly people, over the age of eighty, were interviewed, who consider themselves prepared for death. The motivation to develop the study was to bring to light the life experience of elderly people who got in touch with the issue of their own finitude, and dealt with it in some way. The several initiatives considered by the participants as “preparation for death” deserve the spotlight, since they represent a break with the cultural tradition that considers that a taboo, a forbidden subject that must be avoided.

What did you see in the behavior of people who are prepared to die?

The research did not aim at pointing out who is “more” or “less” prepared for death, because the concept of what it is “to be prepared for death” is something extremely individual. For example, an elderly woman may consider she prepared herself for her finitude by handing a family ring to a granddaughter, while another elderly man may consider his preparation happened when he wrote his will. Even though there isn’t any single rule on the subject, one thing that can be seen is that, when electing what is important at the end of their existences, elderly people tend to reflect on what has been important throughout their lives. To illustrate, an elderly woman has always been concerned about having financial organization. When she ponders on her finitude, she may find it meaningful to prepare herself financially for the expenses which her passing will generate. In a general way, the consideration on which life is worthy to be lived is expanded when it encompasses the question of which death is dignified.

Is talking about the finitude of life, especially with people of that age group, important? Do elderly people feel that need?

It is important in any age, since it’s an undeniable process of human existence. However, in old age, as in patients who have been diagnosed with a life-threatening condition, there is an announcement of the proximity of death. Especially with long-lived elderly people, the perspective of a future is shortened due to the projection of the life expectancy, a fact that often invites these elderly people to get in touch with the issue of death as a real and close possibility.

There are elderly people who do not want to think about death, and that should be respected. This, however, becomes a problem when that portion of this population who wishes to reflect on finitude can’t find room for attention or dialogue when they try to talk about this subject, whether with family members, friends, or health professionals.

What are the main emotional pains of the researched group? What seems to bother them most in this process?

The anguishes related to the process of aging and death are private. In the group of people interviewed no participant demonstrated any suffering related to the fact of being close to death. On the contrary, in a context of a life of suffering, death showed itself to be a relief, a possibility of rest. Insecurities have been identified regarding the uncertainty as to their desired guidelines. For example, the fear that their estate will not be passed on in the way they’ve idealized, or that undesired medical interventions will be made in case of a loss of conscience. Situations in which elderly people lose control over their decisions, and others have to take responsibility over their lives, have showed themselves to be potentially distressing.

Regarding ways to prolong life vs. the quality of existence, has there been any particular reference? How do you see this relation?

The advances in medical technology have had an enormous influence on human longevity. Medicine has the resources to keep people alive for a long time. At the same time, an important bioethical discussion has surfaced, regarding which life is being preserved. All of those interviewed have presented aspects which sparked the reflection of whether quantity of life is synonymous with quality of life, and I agree with that perception. They indicated that life may lose its meaning if there is no healthy existence. It is worth clarifying that the conception on what brings quality to life is extremely singular. However, it has been observed that elderly people whose body functionality is deteriorated to the point where they had to stop engaging in activities they have always done indicated that the life worthy of being lived was left in the past; in other words, they present life was devoid of meaning. In that scenario, it becomes essential to disseminate knowledge on the Vital Testament. It is a document which establishes the cares, treatments and procedures each person wishes to be subjected – or doesn’t wish to be subjected – whenever they suffer a life-threatening disease, outside the scope of therapeutic possibilities, which prevent them from freely manifesting their will. Two of those interviewed in the research have set these guidelines to their doctors, in an attempt to live a life and experience a death according to their values.

Why is death still a subject extremely avoided by families?

Death is a subject avoided not only by families, but by Brazilian society as a whole. In Western culture, death is a taboo, a motive of fear, shame, considered a failure. We have not been educated to deal with it, but to flee from it. Therefore, when death imposes itself, we are surprised, frightened, not knowing what to do. It is important to clarify that to defend the possibility of debating death with naturalness does not mean to romanticize it as if it would not bring pain and sadness in face of the loss of a loved one. Death represents a subject that may, yes, bring suffering, and that is why it is usually taboo, but is a subject inherent to human existence, one that will inevitably cross people’s lives.

Is thinking about the end having control over one’s own life?

The fact that our existence has an end makes it possible to reflect on which life is worth of being lived. In that sense, thinking about finitude makes it possible to appropriate life, as well as the diversification of the meanings of death, which do not have necessarily to have negative connotations. The development of resources to face death, when it makes itself present, helps to welcome and aid those who wish to elaborate on this existential question.