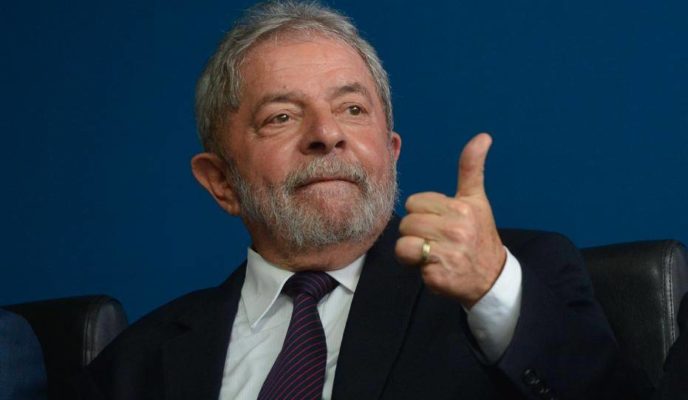 Lula’s spending during his term in office as president of Brazil was larger than imagined, according to information obtained by Gazeta do Povo; the former head of state used taxpayer’s money to buy his favorite items of food and beverages. The oil stains which recently hit the shores of northeastern Brazil may be coming from Venezuela, according to a leaked report sent by Petrobras to Ibama. The Parliament of the United Kingdom is analyzing a petition to pressure the European Union and the United Nations to apply sanctions on Brazil in order to force the country to take effective measures to contain deforestation in the Amazon. In Germany, a man stole a truck and hit eight vehicles at a traffic light, injuring several people; local authorities are not ruling out terrorism. Finally, Google subsidiary Waymo is taking its self-driving cars to the city of Los Angeles, California.

The end of the secrecy involving some of the data concerning ex-Brazilian president Luiz Inácio Lula da Silva’s spending habits on his corporate card revealed some consumption habits which included bottles of cachaça worth R$ 390, aged whisky, imported vodka, picanha and filet mignon, cod, and oxtail – his favorite dish. All of them paid for with public money. The secrecy of all values spent using the president’s corporate card was kept until the end of his term allegedly to “protect his security, and that of his family members”. After a long authorization period, Gazeta do Povo was able to obtain the files listing everything that was spent in the president’s residence during his last 15 days in office; the figures spent on alcoholic beverages are especially significant.

Oil stains in the Brazilian northeast may be coming from Venezuela

Analyses carried out by Petrobras have shown that the oil stains which appeared in the Brazilian northeast may be coming from oil leaks in Venezuela. The information has been disclosed by Folha de S. Paulo. A secret report allegedly sent by Petrobras to Ibama revealed this suspicion, after comparing the oil present on local beaches, which had more similar aspects to the Venezuelan one than that produced in Brazil. Venezuela is currently undergoing an environmental crisis, after a constant oil leak in Lake Maracaibo. Over 120 beaches in the country have been affected.

The United Kingdom parliament began to analyze on Monday a petition asking the European Union and the United Nations to apply sanctions upon Brazil, as a way of forcing the country to take effective measures to contain deforestation in the Amazon. According to the petition, “the government of Brazil led by Bolsonaro favour the development of the Amazon rainforest over conservation, escalating deforestation. Deforestation threatens indigenous populations who live in the forest, loss of a precious and complex ecosystem and a vital carbon store that slows global warming.”

On Monday evening, a man stole a truck and collided with several other vehicles in Limburg, Germany. Sixteen people were wounded, and the man was detained by the police, who are “not ruling out” any motivation, according to newspaper Die Zeit. The truck hit eight cars which were stopped at a traffic light. A police spokesman said that the investigations are still underway, and added: “We don’t have enough information about the reason behind all this.” When questioned if terrorism could be the motivation, he said: “we are not ruling out anything.”

Tech development company Waymo announced it will expand its tests with self-driving cars in the United States. The company, a division of Google’s holding Alphabet, has already had vehicles in operation in Phoenix since 2018, and will now let its robot-cabs drive through the streets of Los Angeles. In a tweet, the company said: “Starting this week, Angelenos might catch a glimpse of Waymo’s cars on the streets of LA! Our cars will be in town exploring how Waymo’s tech might fit into LA’s dynamic transportation environment and complement the City’s innovative approach to transportation.”