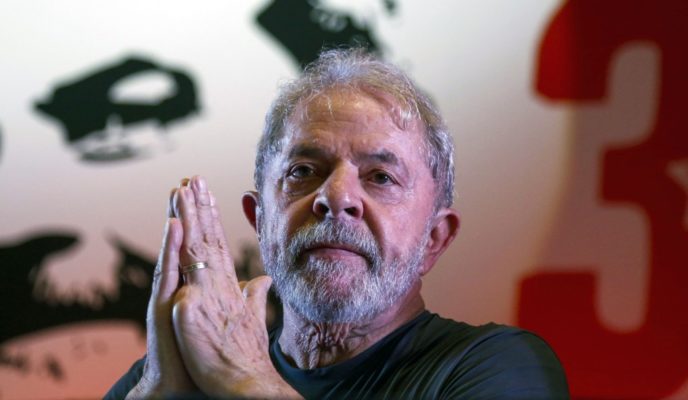 Ex-Brazilian president Luiz Inácio Lula da Silva is reluctant to leave his cell at the Federal Police headquarters in Curitiba, after the Operation Car Wash task force requested his transfer to semi-open prison conditions. Chinese president Xi Jinping promised to respect Hong Kong’s authority and the “one country, two systems” model, after the former British colony was rocked by recent protests demanding democracy and a distancing from continental China. The recent heat wave which affected Europe during the summer has devastated the gardens of the Palace of Versailles. UK prime minister Boris Johnson has denied sexual harassment claims brought forward against him by an English journalist. Finally, a fleet of supercars owned by the son of Equatorial Guinea’s dictator has been sold by a Swiss auction house, and all the money obtained will be destined to charities in the African country, one of the poorest in the world.

Lula is ‘reluctant’ to leave PF cell in Curitiba

Under arrest in a cell at the Federal Police headquarters in Curitiba since April last year, former Brazilian president Luiz Inácio Lula da Silva is allegedly “reluctant” to leave the closed prison regime. Last week, when he fulfilled one-sixth of the sentence to which he was sentenced in the case involving the Guarujá triplex, the Operation Car Wash task force requested his transfer to semi-open conditions. According to Crusoé magazine, Lula said he would only leave on two conditions: if his defense team’s appeals awaiting trial in superior instances are not compromised, as well as future lawsuits which could benefit him. According to a source close to the ex-president, “all signs indicate he won’t leave.”

Chinese president Xi Jinping promised to respect the “one country, two systems” model which allows Hong Kong’s political, judicial, and administrative autonomy. In a speech made today on the eve of the 70th anniversary of the foundation of the People’s Republic of China, the Chinese leader spoke for the first time about the political situation of the former British colony, shaken by pro-democracy protests which call for direct elections and a distancing from continental China. According to AFP, Xi said: “We will continue to fully and faithfully implement the principles of ‘One country, two systems’ [and] ’Hong Kong people administering Hong Kong’.”

Intense heat in Europe is devastating gardens of Versailles

An icon of the wealth of France’s monarchy, the gardens of the Palace of Versailles have reached the end of the European summer with signs of damage due to the intense heat. Several types of trees died or dried out throughout the season. “It is heartbreaking,” said Alain Baraton, Versailles’ head-gardener. “I am being forced to leave history aside and be pragmatic,” he added, referring to the fact that the garden will have to abandon its original characteristics and have more species which can adapt to the increasingly hotter and drier climate of the region. “Visually, the visitors are not able to see great changes, but, little by little, everything’s changing,” he concluded.

Besides facing a hostile Parliament, United Kingdom prime minister Boris Johnson is beginning his week involved with two other problems. The first one is an investigation started on the weekend by London authorities about his relationship with former US model and businesswoman Jennifer Arcuri, who allegedly received privileges when he was mayor of the city. Another uncomfortable issue is the report made by the Sunday Times editor Charlotte Edwardes, who accuses Johnson of harassing her during a dinner in 1999 – she claims he groped her thigh under the table. The government issued a statement denying all accusations.

A fleet of supercars seized in an investigation on money laundering involving the son of Equatorial Guinea’s dictator was auctioned on Sunday in Switzerland. In the package, 25 luxury cars were sold for over US$ 27 million by auction house Bonhams. “The cars represent an international roll call of prestige and performance marques,” said the auction house in a statement. Most of the cars belong to Teodoro Obiang Mang, son of the country’s dictator, Teodoro Nguema Obiang. Mang was stopped at the São Paulo International Airport in September last year with US$ 1.4 million in a suitcase and 20 watches worth US$ 15 million in another. The money obtained with the auction will be donated to a charity institution in Equatorial Guinea, one of the world’s poorest countries.