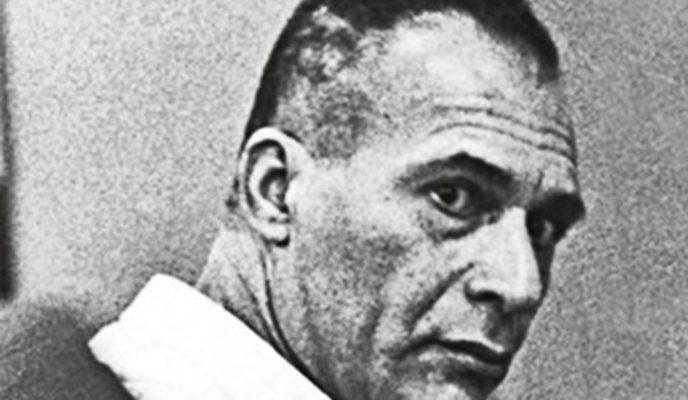 Treated like a hero to this day by sectors of the Brazilian left, Carlos Marighella killed several innocent civilians in his terrorist acts. The movie premiered on Thursday (14) at the Berlinale

“Marighella”, Wagner Moura’s movie about the man who was once considered “enemy number one” of the military dictatorship, premiered on Thursday (14) at the Berlin International Film Festival. In 2018, Moura had already set the tone of the film: “my movie will not be impartial,” he told newspaper O Globo, and guaranteed the work would talk as much about the past as about the present. “We (the Left) have to get out of the ropes and go for the attack,” said the director. The movie is not competing for the Golden Bear.

Carlos Marighella, born in Salvador in 1911 and killed by agents of the military regime in São Paulo in 1969, is one of the most controversial characters in the Brazilian history of last century. Journalist Mário Magalhães, author of the biography “Marighella: o guerrilheiro que incendiou o mundo” (“Marighella: the guerilla fighter who set the world on fire”, published in 2012 by Companhia das Letras), the book in which the movie script was based, usually sums up Marighella’s trajectory as someone who can be legitimately loved or hated – but never ignored. Even within sectors of the Left, the figure of the guerilla fighter was seen with reservations. Moura said he found it difficult to obtain funding for the movie “because of its subject.”

Critics of the director’s political stance understand that the work risks incurring in a hagiographical tone, presenting a biased interpretation of aspects still being debated surrounding Marighella’s biography, such as his defense of terrorism and the character not necessarily democratic of his ideology.

Violence as a path

Son of an Italian immigrant and a daughter of African slaves, Marighella was originally a militant of the Brazilian Communist Party (PCB), and even got arrested for subversion during the Estado Novo (“New State”) dictatorship, under Getúlio Vargas.

His participation in the Brazilian political life, whether clandestine or as a public figure, went from the 1930s to the 1960s, a period during which he had a stint as a federal deputy for PCB in the mid-1940s.

But especially after his actions after the 1964 coup, when he was expelled from the Party, he founded the National Liberation Action (ALN) and began to openly defend the armed struggle, which placed him under the spotlight in the fight against the military regime – the period between 1964 and his death, five years later, is exactly the main focus of Wagner Moura’s movie.

Marighella’s most notorious books also date from that period, in which he described his view of the situation of the country or provided didactic instructions for anyone who wanted to take arms against the government. The 1966 book “A Crise Brasileira” (“The Brazilian Crisis”) is an example of the first case. In it, the guerilla fighter remarks that “the Marxists” could propose a peaceful path for Brazil in order to turn it into a “social-democratic” country, but he understood that the context demanded a radicalization. He set the theoretical base to justify later the need for actions which he himself would later describe as “terrorist”.

Marighella considered investing in a peaceful awareness, as defended by part of the Left before 1964 (and as communists from other countries, like Chile, tried to do until the beginning of the next decade), to be naïve and illusory.

“The peaceful path of the Brazilian revolution – in the present time – will have the effect of keep feeding illusions to the country, and will undermine the moral of the popular and nationalist forces, which need a revolutionary stimulus,” he wrote.

The path, therefore, should be a different one. The text of The Brazilian Crisis continues:

“Facts indicate that the proletariat (…) has no other way except to adopt a revolutionary strategy which leads to the downfall of the dictatorship. (…) It is about a non-peaceful, violent path, even a civil war. Without the violence from the masses, the dictatorship will be institutionalized, for a period of more or less duration.”

The defense of the armed struggle happened even before the definitive toughening of the military power, which would come with Institutional Act Number 5, in December 1968, and would serve both to put Marighella on the top of the most-wanted list as to provide the justification the government needed to increase the political arrests, tortures, and executions that had already been happening.

As the guerrilla radicalized and the dictatorship entered its most violent period, Marighella tried to systematize that which it had learned in practical terms with ALN’s actions. His fifty or so typed pages, later reproduced with a mimeograph – often with variations – by groups in Brazil and abroad, and received the title “Minimanual of the Urban Guerrilla”.

Even though he lists actions without much detail, even ignoring aspects of the armed struggle which he considered would be harmful to reveal to the authorities, the booklet became an influent work among left-wing extremist groups in Latin American and even in Europe (more specifically, the Baader-Meinhof group, which acted in West Germany.

Published in the second half of 1969, shortly before he was killed, the book quickly acquired a legendary aura due to its clandestine circulation and the execution of its author. Two years later, it was considered by the CIA a guide to do the so-called “violent revolution” in the continent used more often than the writings of Che Guevara himself, who until then was the great inspirer of all guerillas in the hemisphere.

Much more known than any other text he wrote, “the Minimanual represents the pinnacle of Marighella’s conception, derided as ‘militarist’ even by his allies. In it, the class struggle disappears, and the ‘gunshot’ appears with the status of ‘raison d’être’ for the guerrilla fighter,” writes Mário Magalhães in his biography of the ALN founder. Months earlier, in an interview which would eventually be his last, published by French magazine Front, Marighella had defined himself as an unorthodox “Marxist-Leninist”, and predicted that “Brazil would become a new Vietnam, ten times worse.”

To get to that point, Marighella systematized in an objective way what his followers should do.

“We are in the middle of a full-fledged revolutionary war (..) [which] can only be ended by violent means,” he claimed.

He talked then about the importance of being able to handle explosives, the need to forge fake documents, and how fundamental it was for armed militants to also be good drivers, in order to organize quick escapes – “the urban guerrilla driver is as important as the urban guerrilla machine gun expert.”
But the ability to handle guns was evidently the most emphasized focus of the manual. It was necessary, for instance, to watch out for automatic firearms, considered an “ammunition drain” in the hands of “poorly trained” men. In order to correct this flaw, target practices were fundamental to increase the “firing potential”. “The raison d’être of the urban guerrilla fighter, the basic condition for him to act and survive, is shooting,” he described dryly.

According to the moment, Marighella understood, tactics could be massive, like strikes, or an explosion of occasional violence – executions (of “a US spy, an agent of the dictatorship, a police torturer, or a fascist personality of the government,” etc.), kidnappings (to exchange for arrested guerrilla fighters) and, finally, terrorism. The latter was “an action which the urban guerrilla should conduct with a lot of calm, decision, and cold-blood” and, above all, “a weapon the revolutionary should not abandon.” He generally pointed out that terrorist acts should involve explosions.

The teachings of the Minimanual were followed long after Marighella’s death, often leaving civilian victims along the way – regardless of whether they supported the dictatorship.

One of the most famous cases was the execution of Henning Albert Boilesen, a Danish executive who headed Ultragaz, in 1971, by ALN members. Boilesen, one of the industrials who financed the government in their repression against guerrillas, accused of taking part in torture sessions, was one of those who were killed in the so-called “justicing” promoted by the extreme-left at the time. He was killed in Casa Branca Lane, at the Jardim Paulista neighborhood, in the same place where, two years earlier, Marighella himself had been ambushed.

For several years, and more intensively than ever since the instauration of the National Truth Commission (CNV), military organizations complain about the Brazilian government’s non-recognition of the victims of armed groups such as ALN. The argument presented by the CNV was that its mission, just as what had happened in other countries, was limited to investigating crimes committed by the state, not its opponents.

In 2009, the Navy, Army and Air Force Clubs released a list of 126 people killed, according to the organizations, in the hands of groups like ALN. “Their stories have been absurdly despised by the National Truth Commission,” said the document, published shortly after the creation of the CNV.

Released in late 2014, the final report of the Commission dedicated thirteen pages to Marighella – “for years, the military dictatorship worked to associate Marighella to the figure of a terrorist and bloodthirsty leader,” says the document. In the biographical note, the Minimanual is never mentioned.