Fale a língua do mundo. Faça Wise Up.
Tue 17 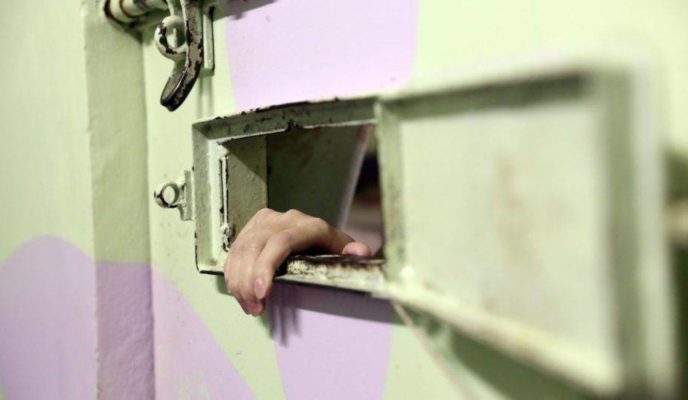 A decision by the Brazilian government to cease all prison visits due to the coronavirus pandemic has sparked a coordinated mass rebellion of inmates in several penitentiaries throughout the state of São Paulo; more than one thousand detainees managed to escape the facilities where they were being detained, and several others are still rioting, with several corrections officers being held as hostages. Brazilian Health minister Luiz Henrique Mandetta has tried to minimize president Bolsonaro’s actions during the pro-government demonstrations outside the Planalto Palace on Sunday, claiming they were no different than the actions of Rio de Janeiro beachgoers or journalists trying to interview him. A secretary of Brazil’s Ministry of Economy has tested positive for COVID-19; he was one of several people who escorted president Bolsonaro during his latest trip to the United States. A fierce legal battle is being held in the courts of the US state of Ohio, after the local governor decided to postpone the Democratic Party’s primary elections in the state due to the risk of contagion. Finally, Portugal has confirmed the first death caused by COVID-19 in its territory, and the president will meet other officials in order to determine whether to impose emergency measures.

Penitentiaries in the São Paulo metropolitan area and the upstate and coastal areas of the state were hit by a coordinated mass rebellion of inmates on Monday afternoon. Several of them were able to escape the correctional facilities, while others are still holding prison officers as hostages, according to news portal G1. A video posted on the internet showed a stampede of several convicts running away from the Mongaguá prison. According to the São Paulo Military Police, over one thousand detainees were able to escape from several penitentiaries throughout the state. The incidents happened after the government informed that further visits would be banned due to the novel coronavirus epidemic.

Brazilian Health minister Luiz Henrique Mandetta tried to minimize president Jair Bolsonaro’s actions during the Sunday’s pro-government demonstrations in front of the Planalto Palace, in which he disobeyed medical orders to remain in quarantine and shook hands with dozens of supporters. According to Mandetta, those who went to the beaches of Rio de Janeiro on that same day were also disobeying his ministry’s guidelines, as well as the journalists in front of him, who were allegedly exceeding the minimum distance recommended from one another. Mandetta added that the extent of the proliferation of the COVID-19 pandemic in Brazil will depend on each and every one.

Brazilian Economy Ministry’s Special Secretary for Foreign Trade and International Affairs, Marcos Troyjo, is another member of president Jair Bolsonaro’s entourage during his official trip to the United States who tested positive for the novel coronavirus. Troyjo was immediately confined to home isolation, having taken the test as soon as he heard about other infected government officials on the trip. The secretary, the first one in Paulo Guedes’s Ministry of Economy to be infected, has not presented any symptoms, and will continue to work from his home, following all guidelines established by the Ministry of Health.

Despite the state of emergency imposed all over the United States due to the quick spread of the coronavirus pandemic in the country, the primary elections of the Democratic Party were confirmed, after an Ohio court rejected a request made by Republican governor Mike DeWine to postpone it until June 2nd due to infection concerns. Pre-elections will also be held today in Arizona, Florida, and Illinois. Local authorities claimed their main concern is public safety, after the country registered over 3 thousand COVID-19 cases, with 70 fatal victims. The court ruling, however, was overturned during the night, after Ohio Health Director Amy Acton all “polling locations in the State of Ohio closed on March 17”.

The Portuguese government confirmed on Monday the first death caused by the novel coronavirus infection in the country. The victim was an 80-year-old man hospitalized in Lisbon. On Wednesday, president Marcelo Rebelo de Sousa will meet the country’s Council of State, in order to determine whether to impose a state of emergency on the country. One of the measures adopted by Portugal to stop the pandemic was the suspension of all air and railway travel with neighboring Spain, which has already reported 300 deaths due to COVID-19.