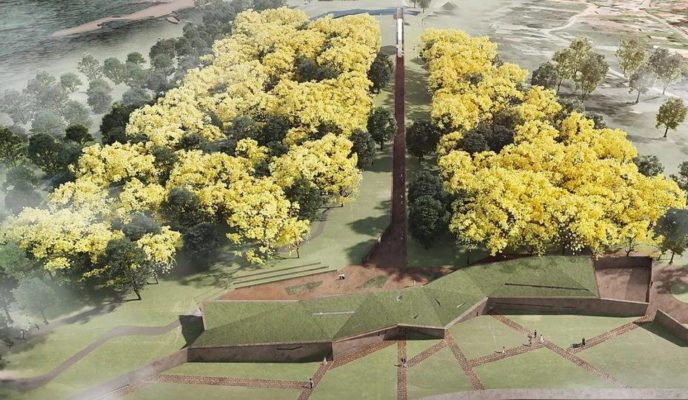 Two years after one of Brazil’s biggest environmental tragedies, the collapse of a dam in the Minas Gerais city of Brumadinho, a memorial will be built to pay tribute to the 272 victims of the disaster. Bruno Covas, the mayor of Brazil’s biggest city, São Paulo, has been diagnosed with COVID-19; Covas was diagnosed with cancer a few months earlier, and had been living at the mayor’s office for 70 days to avoid the risk of contracting the novel coronavirus. A pro-Bolsonaro camp set up in the main square of Brazil’s capital, Brasília, has been disbanded, and several of its members were arrested, after attempting to attack the Federal Supreme Court building and threatening one of its justices. Europe began its process of reopening its borders, after severe lockdown measures during the height of the novel coronavirus pandemic; internal borders are being gradually lifted, but travelers from other continents are still banned. Finally, China’s capital, Beijing, has reintroduced severe quarantine measures, after detecting several new COVID-19 cases related to a novel coronavirus focus stemming from a local wholesale market.

Almost two years after a tragedy foretold when the Córrego do Feijão dam collapsed, flooding the city of Brumadinho, in the Brazilian state of Minas Gerais, the city’s survivors will be granted a monument to pay tribute to the victims of the accident. The winning project was designed to grant visitors an experience of reflection on the memory and pain of the incident, one of the country’s worst environmental tragedies, caused to the local community, using meaningful structures. Building works are scheduled to begin in September, and the memorial should be ready by late 2021. The Brumadinho Memorial will be erected in a five-hectare plot chosen by an association of family members of the victims, and in it 272 yellow ipê trees will be planted, in honor of each person who died in the tragedy.

Bruno Covas, mayor of Brazil’s biggest city, São Paulo, has been diagnosed with COVID-19. The test results were released on Saturday, after a routine exam. He is asymptomatic, and will now resume his working routine from home, according to orders from his personal physician, Dr. Davi Uip. The mayor is currently in the middle of a cancer treatment, and was sleeping in his office, where he had set up a bed, to keep him from moving around unnecessarily and contracting the novel coronavirus. On June 5th, after living at the mayor’s office for 70 days, Covas slept at home for the first time.

The government of Distrito Federal informed it has dismantled on Saturday the camp of the so-called “300 of Brazil”, a pro-Bolsonaro group of hardcore militants who were camped out in Brasília’s Three Powers Square, the epicenter of Brazil’s federal government. The local Public Safety Secretariat claimed public health reasons, due to measures issued to prevent the novel coronavirus pandemic from spreading, to justify their decision. Members of the group had thrown fireworks over the Federal Supreme Court building, and, after the camp’s dismantling, tried to break into Congress. Several activists were arrested, among them one of the group’s leaders, former FEMEN militant Sara Winter, who was charged under the National Security Law after threatening to physically assault justice Alexandre de Moraes.

Europe begins to reopen internal borders, but maintain restriction to other continents

Several European countries will begin this week to reopen the continent’s internal borders, after three months in complete isolation to try to restrain the spread of the novel coronavirus. The inflow of travelers from Asia, Latin America, the United States and the Middle East, however, is still banned. In Italy, Germany, and Poland there is virtually no internal border control anymore, while others, like the United Kingdom, will impose a 14-day quarantine on all incoming passengers from most places. The decision was made after the European Union Commissioner for Home Affairs told member countries they should “open up as soon as possible.”

Beijing increases lockdown due to fears of new COVID-19 outbreak

China’s capital, Beijing, registered 36 new cases of COVID-19 this Sunday, leading local authorities to expand the lockdown area to ten other residential communities surrounding the wholesale market where a new infection focus was detected last week. Before these cases, China had been 55 days without officially registering any community transmissions of the novel coronavirus. Chinese vice premier, Sun Chunlan, said that the risk of a new outbreak was “extremely high”, since the region is densely populated and local inhabitants have a great mobility rate. So far, 79 people diagnosed with the disease in Beijing were found to have some form of association with the Xinfadi market, in the southern area of the city.