Fale a língua do mundo. Faça Wise Up.
Fri 04 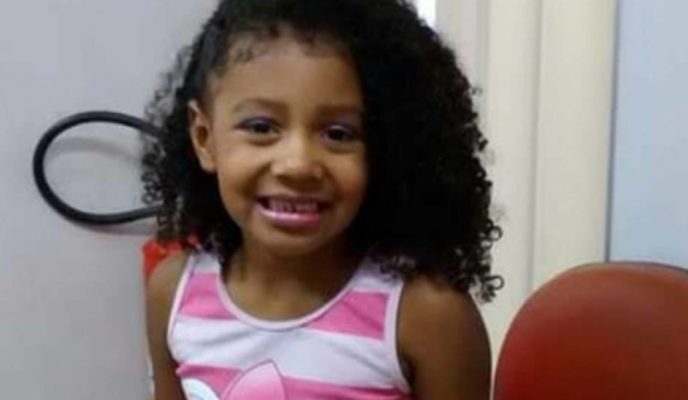 Brazilian military police officers have tried to break into a hospital where a child who was shot during a confrontation between the police and criminals was admitted, in order to illegally recover the bullet which killed her. Ecuador has declared state of emergency, after a series of protests against the local economic crisis rocked the South American country. The French police employee who killed four of his colleagues at a police headquarters in Paris had recently converted to Islam, according to local news sources. In São Paulo, a prosecutor tried to stab a federal judge; he managed to cause light injuries to her before being subdued. Finally, the government of Hong Kong has banned the use of face masks during demonstrations in the city, after a series of pro-democracy protests marked by police violence.

Shortly after Ágatha Felix, the girl who was killed by a shot in the back on September 20th in a police operation in the northern zone of Rio de Janeiro, was hospitalized, military police officers allegedly tried to break into the Getúlio Vargas Hospital, where she was being attended to. Ágatha eventually died due to her injuries, but these officers tried to retrieve the bullet which caused her fatal injury. Doctors and nurses refused to be coerced and later handed the evidence to members of the Civil Police. The incident in which the girl was shot is still being investigated, and there is a widespread suspicion that police officers may have been responsible for her death.

Protests in the capital of Ecuador, Quito, have become violent on Thursday, amidst confrontations between demonstrators and the police. President Lenín Moreno has declared a state of exception throughout the country. Ecuadorians took to the streets after the government withdrew subsidies for diesel and gas after 40 years. The measure was taken after Ecuador signed a US$ 2 billion deal with the International Monetary Fund, conditioned by several demands in order to reduce public spending. Taxi drivers and truck drivers led the protests, after fuel prices increased by 123 percent.

The French police employee who killed four colleagues at the Paris police headquarters on Thursday had recently converted to Islam, according to French TV station BFM TV. The 45-year-old murderer killed three police officers and one administrative worker before being shot and killed by other police officers. Authorities so far have not disclosed his motivations publicly, and are trying to find out whether he had any ties with terrorist groups. His wife was arrested.

Prosecutor tries to kill judge with knife in São Paulo

Counsel for the Federal Treasury Matheus Carneiro Assunção tried to kill federal judge Louise Filgueiras, in the judge’s office at the Federal Regional Court’s 3rd Circuit, on Paulista Avenue, in São Paulo. He managed to strike her in the neck with a knife and cause light injuries. He was subsequently arrested by the Federal Police. Assunção was allegedly looking for an appellate judge, Fábio Prieto de Souza, but was not able to find him and broke into Filgueiras’s office, where he threw a glass jar at her and committed the crime. After being restrained, he said he “wanted to protest”.

Hong Kong Chief Executive Carrie Lam announced today that wearing masks during protests and demonstrations in the region will be banned from Saturday on, and will be punished by a sentence of up to one year in jail. The measure reflects the local government’s harder stance concerning the recent pro-democracy protests, which have been going on for four months and have been marked by an increasing police violence. On Tuesday, an 18-year-old man was shot in the chest by police officers; he is hospitalized in stable conditions, and has been accused of “inciting mutiny”, an accusation that carries a sentence of up to ten years in prison.