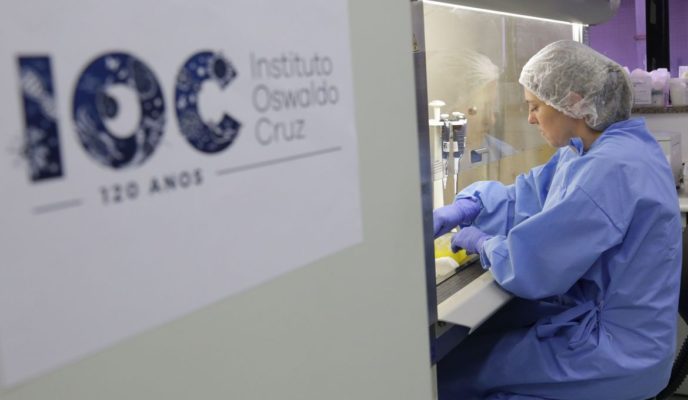 The Brazilian Ministry of Health is currently investigating eight suspected cases of coronavirus infections in the country. The United States and Germany have used an encryption company to spy on enemy and friendly countries for decades, according to a report issued by the Swiss government. Venezuela’s interim president, Juan Guaidó, was surrounded by a crowd of nearly 200 people who threw punches and objects in his direction as he arrived at Caracas’ international airport after returning from a trip abroad; several journalists and members of the opposition, as well as the politician’s wife, were also assaulted, while members of the country’s security forces looked on. Two candidates have officially dropped from the presidential race for the Democratic post in the 2020 US elections. Finally, the Brazilian Superior Court of Justice has decided to reduce the prison sentence given to former Minas Gerais governor Eduardo Azeredo, accused of several corruption charges during his term.

Data updated on Tuesday indicates that no coronavirus cases have been reported by the Brazilian Ministry of Health yet; however, eight possible cases are still being monitored. The patients under surveillance are in the states of Minas Gerais, Paraná, Rio de Janeiro, Rio Grande do Sul, and São Paulo. As well as the former 33 people who were suspected of being infected and are now considered clear from the disease, 58 Brazilians are under quarantine at the Anápolis Air Base after being flown in from China, and have shown negative results in their medical tests.

US and Germany used encryption company to spy on countries for decades, says report

The Swiss government began investigating an encryption company based in their country after discovering that it had been operated for decades by United States and German intelligence agencies. Both the American CIA and Germany’s BND have been found to insert encryption flaws inside the code of the software they were selling so they could spy on both adversaries and allies and, at the same time, profit from selling these products. Among the countries who purchased the company’s products are Iran, India, Pakistan, the Vatican, and several Latin American countries. The operation ended when Crypto AG was shut down and its assets sold to two different private companies.

Guaidó returns to Venezuela and is assaulted by Chavistas

Venezuela’s interim president, Juan Guaidó, was assaulted yesterday by a crowd of Chavista militants who were waiting for him at the Simón Bolívar International Airport, after returning from a 23-day international trip. As soon as Guaidó left the terminal, he was surrounded by around 200 people who punched him and threw several objects in his direction. His wife, Fabiana Rosales, as well as several members of the opposition and journalists, were also assaulted. Dozens of agents of the Bolivarian National Police and the Bolivarian National Guard were present at the scene but did nothing to prevent the incident.

Two candidates have officially dropped out of the presidential race after the latest Democratic Party primaries in New Hampshire, held on Tuesday evening. Colorado senator Michael Bennet, who had entered the dispute in May with climate change and health care reforms as his main platforms, declared he was no longer running as the party’s candidate, following businessman Andrew Yang. Yang, who centered his whole campaign around the concept of a “universal basic income”, declared he was “not someone who accepts donations” and claimed he was aware he would never win the primaries, before officially resigning his candidacy.

On Tuesday, the Brazilian Superior Court of Justice upheld the sentence which convicted former Minas Gerais governor Eduardo Azeredo in the lawsuit involving the payment of monthly allowances to members of his party, the Brazilian Social Democratic Party (PSDB). The 5th Court decided to reduce the former sentence of twenty years and one month to fifteen years, seven months and twenty days. The court’s judges unanimously ruled that the state courts had doubled his sentence due to the fact that he was governor at the time. Azeredo was convicted of embezzling and money laundering, having embezzled around R$ 3 million from three state-owned companies in May 2018.