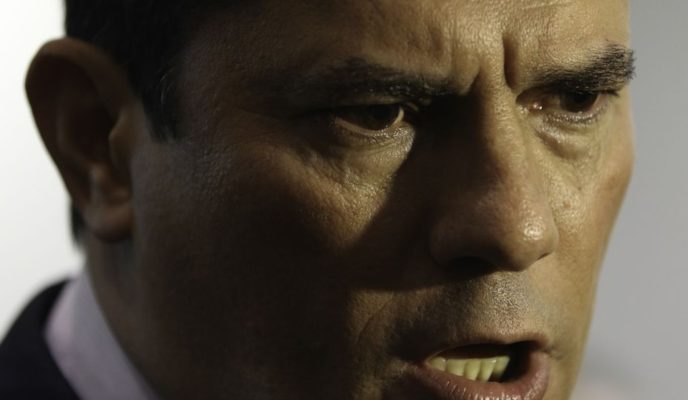 Minister of Justice met with ministers of Education, Citizenship and Regional Development to discuss the implementation of a pilot project to fight violence in five cities with high crime rates

Minister of Justice and Public Safety Sergio Moro announced on Tuesday (26) the implementation of a pilot project to reduce violence in five Brazilian cities. The minister met on the morning with Education minister Ricardo Vélez, Citizenship minister Osmar Terra, and Regional Development Gustavo Canuto, who will take part in the project. The security actions begin in the second semester, and has as its objective a “drastic crime reduction”.

It is a project inspired by the local public safety contracts made in Portugal, as Gazeta do Povo had reported in February. The idea is to choose cities with high violence rates and plan an integrated action between federal, state, and municipal governments to fight crime. According to Moro, five cities will be chosen for this pilot project.

“We need to learn from this experiment”

“This is a pilot project. This is why it is not an encompassing project, because we need to learn from this experiment to put the federal government in a more directly responsible position, in a partnership with states and municipalities, to control urban criminality,” said the minister of Justice.

“And what will be done? First, an integrated action between federal, state, and municipal public security forces, for a drastic reduction of criminality, involving not only ostensive actions, but also investigative ones, to remove criminals, especially those from violent gangs, from circulation,” explained Moro.

According to Moro, the project will be expanded to other municipalities after the implementation stage of the pilot project. The five cities where these works will be done are yet to be defined, according to the minister.

Social actions are part of the project

At the same time, according to Moro, social policies, urbanism policies, policies in the areas of citizenship, education, regional development, health, human rights, and economic promotion policies will be promoted in the chosen cities.

The Education minister pointed out, after his meeting with Moro, the importance of the involvement of his ministry in the project. “The education factor is extremely important. Repression is not enough; social actions are necessary, and, within these social actions, the educational factor is fundamental to reduce violence rates,” said Vélez.

For the Citizenship minister, the project proposed by Moro “will change the history of public safety management in Brazil.” “The government is proposing an integrated policy, which involves several areas. We will not solve violence just with repression, we will treat people with chemical dependencies, we will prevent mental health problems, there is the issue of schools organizing the mediation of conflicts in alternative ways, we will hold actions in the areas of citizenship, and the creation of job and income for young people in areas which are most affected by violence,” said Terra. “Violence is not everywhere, so we have to locate where it is and act in an integrated way,” added the minister.

“This is a public safety policy which aims at treating the causes of the problem, not just its symptoms,” said the Regional Development minister. “Our goal is to improve the environment, to demonstrate to the population of these communities, of these chosen regions, that the state has the repressive aspect, but it can also bring quality of life and alter this reality. It is an initiative which shows articulation and cooperation between the ministries, showing that the government is united,” pointed out Canuto.