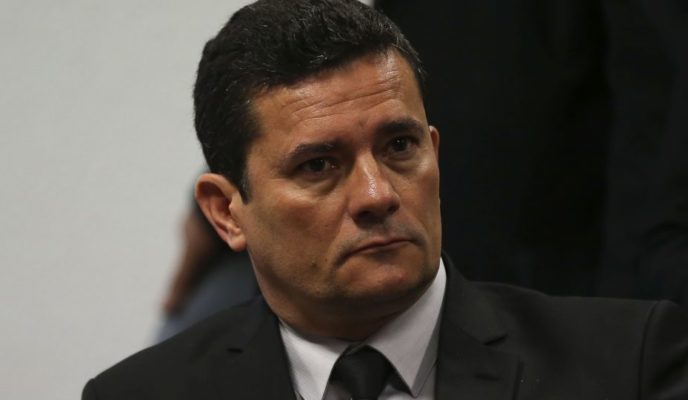 Justice and Public Safety minister Sergio Moro has been interviewed by members of the Lower House of Congress in Brasília about the alleged conversations between him and members of the Operation Car Wash taskforce which were leaked to the press. The French government said today the country is still not ready to ratify the free trade deal signed on Friday between Mercosur and the European Union. The agreement, negotiated for twenty years, is expected to boost the economies of countries from both blocs, but faces opposition from local producers. The headquarters of Facebook in California were evacuated after a package suspected of containing the nerve agent sarin was found at one of its mailing facilities. Fourteen seamen were killed due to a fire on a Russian navy submersible vehicle, and president Vladimir Putin canceled a scheduled appearance to be briefed on the incident. Finally, after signing the most expensive divorce settlement in history, MacKenzie Bezos, now ex-wife to the richest man in the world, Amazon founder Jeff Bezos, has declared she will donate half of her money to charity institutions.

Moro answers questions of congressmen in session at the Lower House

A hearing for congressmen to question Justice and Public Safety minister Sergio Moro is taking place at the Lower House of Congress in Brasília. Members of parliament lined up six hours before the beginning of the session, in order to guarantee their seats and question the former judge about the alleged conversations between him and members of the Operation Car Wash taskforce which were leaked to the press by the news website The Intercept Brasil. On the weekend several rallies were held in major Brazilian cities to show support to Moro and president Jair Bolsonaro’s government.

French government spokeswoman Sibeth Ndiaye said today that France is not yet prepared to ratify the free trade deal between the European Union and Mercosur. “We will look at it in detail and depending on the details we will decide,” she declared in an interview. The French government is concerned with the environmental practices of the Brazilian agroindustry and the impact it might have on local producers. The historic EU-Mercosur Association Agreement was signed on Friday after 20 years of negotiations, confirming Brazil’s openness to the foreign market, and is expected to increase internal labor productivity and the competitiveness of all nations involved, increasing the flow of investments and products between them and making them more accessible to consumers.

Four buildings at Facebook’s California headquarters were evacuated after security officers detected the presence of sarin gas inside a package in one of the company’s mailing facilities. Menlo Park fire marshal Jon Johnston said that two employees were exposed to the substance, but haven’t shown any symptoms; Facebook did not confirm the information. FBI agents were sent to the site to conduct tests on the substance and eventually cleared the buildings for repopulation. Sarin is a nerve agent known for its lethality and toxicity.

A fire on a Russian navy submersible vehicle killed all fourteen seamen inside, according to the country’s Ministry of Defense. The causes of the incident are still being investigated. The crew died after inhaling toxic fumes, and also according to the statements from the ministry, the fire was only extinguished “thanks to the crew’s self-sacrifice.” The vessel was stationed at Severomorsk, in the Murmansk region, and was used to study the ocean bed. Unlike submarines, such submersible vehicles are not autonomous, and need the support of a vehicle on the surface of the sea. President Vladimir Putin canceled all his appointments and summoned his cabinet to get briefed on the situation.

Most expensive divorce in history will pour money into philanthropy

This week the divorce of the richest man in the world, Amazon founder and main shareholder Jeff Bezos, whose fortune is estimated at US$ 315 billion, will be made official. Married to Bezos for 23 years, before he started his company in a garage in Seattle, writer MacKenzie Bezos will pocket 4 percent of Amazon shares; she is entitled to US$ 38 billion and has already said she will donate half of it to charity. “In addition to whatever assets life has nurtured in me I have a disproportionate amount of money to share. My approach to philanthropy will continue to be thoughtful. It will take time and effort and care. But I won’t wait. And I will keep at it until the safe is empty,” she wrote in a letter posted by Jeff Bezos in a tweet in which he congratulated her.