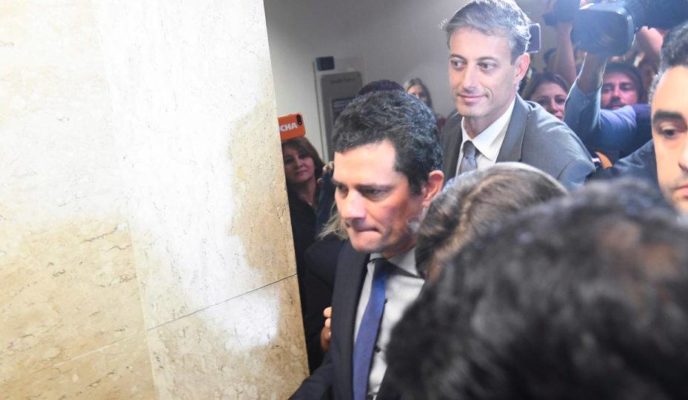 Today, Justice minister Sergio Moro is attending a public hearing at the Brazilian Senate; Moro voluntarily offered to attend the House hearing and provide explanations about the conversations leaked to the press between him and members of the Operation Car Wash taskforce. Brazil falls in ranking of Latin America’s best universities; for the first time, the top place in the list published by prestigious British publication Times Higher Education is occupied by a Chilean institution. US president Donald Trump began yesterday in Orlando, Florida, his reelection campaign for the 2020 elections, fiercely attacking his enemies and singing praises of his own administration. According to a report by the United Nations, Saudi Arabia’s prince heir is personally involved in the murder of Saudi journalist Jamal Khashoggi, killed inside that country’s consulate in Istanbul. Finally, three Russians and one Ukrainian have been charged by a Dutch prosecutor with shooting down a Malaysia Airlines airplane, killing almost 300 people.

Justice and Public Safety minister Sergio Moro is attending today a public hearing at the Brazilian Senate’s Constitution and Justice Commission. Moro voluntarily offered to attend the session to provide explanations about the content of the alleged dialogues between him and Deltan Dallagnol, Operation Car Wash taskforce coordinator at the Curitiba Federal Prosecutor’s Office. The conversations were published by news website The Intercept Brasil, and could indicate that Moro did not act impartially during the trial of former president Luiz Inácio Lula da Silva.

Brazil falls in ranking of best universities of Latin America

For the first time Brazil is not leading the ranking of most prestigious higher education institutions in Latin America. Chile’s Pontificia Universidad Catolica came in first on the academic reputation ranking compiled by British magazine Times Higher Education, a position which had been occupied lately by the University of São Paulo (USP) and the University of Campinas (Unicamp). USP is in second place, and Unicamp in third. Out of the 150 institutions listed in the ranking, 52 are Brazilian. This shows that the country is still dominating the region, but it has begun to lose prestige.

Yesterday evening US president Donald Trump began his reelection campaign at a rally in Orlando, Florida. Trump and vice-president Mike Pence marked the official beginning of their 2020 candidacy with a rally at a twenty-thousand-seat packed arena. According to local news agencies, there were people already lined up at the site on the day before the event. Using his trademark hyperbolic style, Trump praised his administration and attacked a list of enemies that included the Democrats, the press, and the federal investigators who examined the ties between Russia and his 2016 campaign.

Agnes Callamard, special rapporteur for the Office of the United Nations High Commissioner for Human Rights, published a 101-page report claiming the death of Saudi journalist Jamal Khashoggi was an extrajudicial murder for which the Kingdom of Saudi Arabia is responsible. According to her investigation, prince heir Mohammed bin Salman had a key role with his campaign of repression against dissidents, and probably knew that a criminal mission targeting Khashoggi was underway. Khashoggi was killed on October 2nd inside the Saudi consulate in Istanbul, Turkey, by men who identified themselves as “Interpol agents”.

Three Russians and one Ukrainian are charged with shooting down plane

An investigation led by the Netherlands is accusing four suspects – three Russians and one Ukrainian – of shooting down Malaysia Airlines flight MH17, in 2014, as it flew over Ukrainian territory. The incident killed 298 people of 17 different nationalities. According to Dutch prosecutor Fred Westerbeke, the suspects – a former Russian colonel, two members of an intelligence agency and an eastern Ukraine separatist leader – cooperated to obtain and use the rocket launcher deployed to down the aircraft, which they might have thought was a military plane.