Fale a língua do mundo. Faça Wise Up.
Mon 04 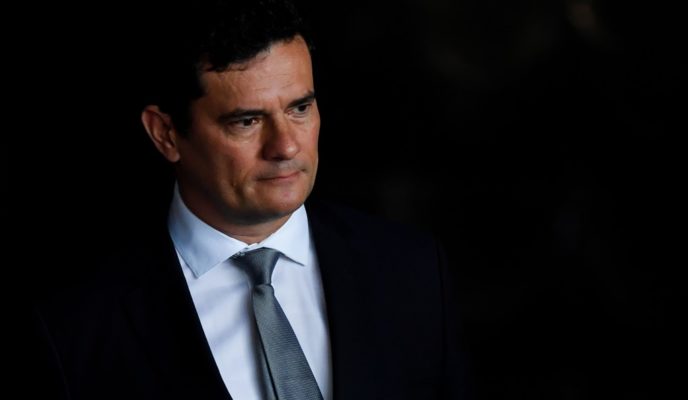 Full of hope, the Minister of Justice Sergio Moro released his much-awaited “anticrime bill” earlier today. The bill will be sent to the recently sworn-in Congress as soon as President Jair Bolsonaro leaves the hospital, where he is recovering from surgery. Speaking of Congress, the Senate had a more than eventful weekend, with a lot of debate, screaming, swearing, a controversial STF decision, and a surprising victory by Davi Alcolumbre over Renan Calheiros. Also surprising is the decision of the Federal Council of Medicine to allow telemedicine procedures in Brazil. In the English Channel, a body was spotted amidst the wreckage of the plane carrying the Argentine soccer player Emiliano Sala. And the New England Patriots, led by “Gisele Bundchen’s husband,” won the Super Bowl for the sixth time since 2002.

The Minister of Justice and Public Safety Sergio Moro has released the final draft of the so-called “anticrime bill” that he intends to send to Congress. The bill alters fourteen laws and has three main axes: organized crime, corruption, and common crimes. The bill is centered on the enforcement of tougher measures, such as lengthy sentences and stricter rules for detainees. The bill will be sent to the House as soon as President Bolsonaro leaves the hospital.

After messy elections, Alcolumbre beats Calheiros to become president of the Senate

It has been an eventful weekend in the Senate. Pundits have foreseen the veteran Renan Calheiros as president of the upper chamber for the fifth time. Instead, what was seen on Friday and Saturday was a hell of a mess, climaxing with Senator Davi Alcolumbre’s victory over Renan Calheiros, despite Justice Dias Toffoli’s meddling in the process. Now some pundits say it has been a pyrrhic victory for the Bolsonaro administration, since Calheiros poses more danger for being part of the opposition.

A new resolution by the Federal Council of Medicine (CFM) expected to be released next week will allow doctors to see patients through the internet. Doctors will be able to perform online consultations, diagnosis, and even surgeries. The measure was planned to fill the geographic gap represented by health care distribution throughout Brazil. Telemedicine is a trend all over the world.

Missing since January 21st, the small airplane that carried the Argentine soccer player Emiliano Sala was found in the English Channel on Sunday. On the same day, an underwater search for Sala’s remains also began, covering four square nautical miles off Guernsey Island. Because of the bad weather, specialists involved in the search had to use a remotely operated vehicle that tragically has spotted one occupant still amidst the wreckage.

For the sixth time since 2002, the New England Patriots won the Super Bowl. Before 70,000 fans at the Mercedes-Benz Stadium in Atlanta, and in a match where defensive teams prevail, the Patriots, led by Tom Brady (known in Brazil as “Gisele Bundchen’s husband”), beat the Los Angeles Rams 13-3—the lowest score since 1975. Now the Patriots are, along with the Pittsburgh Steelers, NFL’s biggest winners, with six Super Bowls.