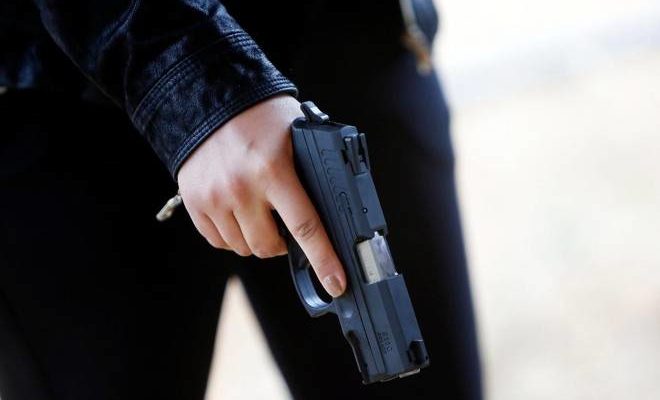 A poll conducted by Datafolha revealed that the majority of Brazilians do not agree with the recent gun ownership decree sent by president Jair Bolsonaro to Congress. Bolsonaro has also sparked a new controversy after revealing his plans of appointing his son, congressman Eduardo Bolsonaro, as Brazil’s new ambassador to the United States. The proposal may face several setbacks, including a likely charge of nepotism by the Federal Supreme Court. The Brazilian Federal Police has revealed that people arrested by the Operation Car Wash taskforce in Curitiba were illegally wiretapped for several days. The Communist Party of Venezuela has abandoned its support of dictator Nicolás Maduro, after claiming the government party did not entirely fulfill a deal signed between them, and expressed the need to investigate human rights violations. Finally, a Brazilian entrepreneur designed an automated fast-food restaurant capable of preparing and serving a meal in under three minutes.

Bolsonaro’s gun decree is rejected by 70 percent of the Brazilian population. The figure was released in a survey conducted by Datafolha and reproduced by Folha de São Paulo. Among those interviewed, 28 percent approved the decree, 2 percent said they did not know it, and 1 percent claimed to be indifferent. The poll was done between July 4th and 5th, and surveyed 2,086 people over the age of 16 in 130 municipalities. It has a margin of error of plus or minus 2 percentage points, within a confidence level of 95 percent.

Bolsonaro considers appointing son as ambassador to the US

President Jair Bolsonaro has indicated the will to appoint his son, congressman Eduardo Bolsonaro, as Brazil’s ambassador to the United States. The controversial decision, however, faces several issues; it might be questioned by the Federal Supreme Court as nepotism, established by the court as a violation of the Constitution, and the impossibility of someone occupying a post in parliament to hold diplomatic offices. Allies of the president in Congress, however, are considering voting a constitutional amendment bill to allow it.

An analysis conducted by the Brazilian Federal Police has revealed that people arrested by the Operation Car Wash taskforce in Curitiba were illegally monitored in their cells. The incident happened in 2014 and lasted for 14 days in a row. The revelation was published by Veja magazine, and among those who were wiretapped are former Petrobras director Paulo Roberto Costa and black-market money changer Alberto Youssef.

Secretary-General of the Communist Party of Venezuela (PCV) Óscar Figueroa has denounced dictator Nicolás Maduro for not fulfilling part of the deal signed with the party during the 2018 presidential elections, according to the local press. The Communists claim that besides not fulfilling the agreement, which set forth 18 points between their party and Maduro’s United Socialist Party of Venezuela, anything related to human rights violations by the government, such as the death of army captain Rafael Costa Arévalo, should be investigated.

Imagine an intelligent kitchen which produces and offers 14 options of snacks, 21 drinks and six desserts, without a single cook. This was the idea of Brazilian entrepreneur Fábio Rezler, who took three years to develop a fully automated fast-food restaurant. The machines take two and a half minutes to deliver a sandwich, from the time the customer places the order – less than it takes to prepare instant noodles. Called Bionicook, the project is expected to be operational by August, in cities of the southern Brazilian state of Rio Grande do Sul.