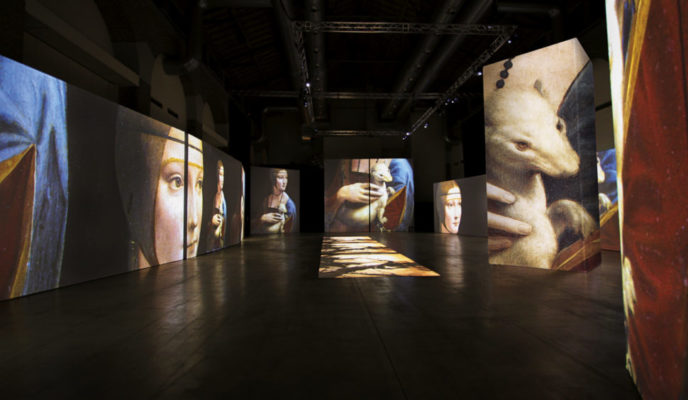 The most complete exhibition ever put together on the life of Italian Renaissance artist Leonardo da Vinci is coming to Brazil in November. North Korean state media released pictures of dictator Kim Jong-un riding a white horse atop Mount Paektu, considered to be sacred in that country, prompting worldwide expectations of an upcoming announcement. Turkish president Recep Erdoğan has dismissed the threat of sanctions by the United States on his country, and rejected president Donald Trump’s calls for a ceasefire, arguing he won’t negotiate with terrorists – referring to the Kurds living in the border region with Syria. In Venezuela, a local preacher and military officer who coordinated a March for Jesus has been arrested by dictator Nicolás Maduro’s security forces. Finally, toy giant Lego is considering offering a rental service of its products in order to reduce the ecological impact of its plastic products on the environment.

Most complete exhibition ever on Da Vinci to come to Brazil

One of the most awaited art exhibitions in recent years already has an opening date in Brazil. The exposition “Leonardo da Vinci – 500 Years of Genius”, the most complete exhibition ever made on the life of the Italian artist, will open at the São Paulo Museum of Image and Sound (MIS) on November 2nd. The show, which is completely immersive and interactive, is being brought in a partnership with Rome’s Leonardo da Vinci Museum. Along the exhibition, spectators pass through 18 different areas, each of them dedicated to a different aspect of the life of the Renaissance genius. The multisensorial experience has graphic animations, audio narratives, and replicas of machines designed by him.

In a series of photos released by North Korea’s state media on Wednesday, dictator Kim Jong-un was shown riding a white horse on top of Mount Paektu. According to analysts, this could be the presage of a great announcement. “His march on horseback in Mt Paektu is a great event of weighty importance in the history of the Korean revolution,” informed the Korean Central News Agency. “Having witnessed the great moments of his thinking atop Mt Paektu, all the officials accompanying him were convinced with overflowing emotion and joy that there will be a great operation to strike the world with wonder again and make a step forward in the Korean revolution.” In North Korean lore, Mount Paektu is the spiritual home of the Kim dynasty, and the birthplace of Kim Jong-un’s father, Kim Jong-il.

The sanctions announced by the United States on Monday seem to have had no effect on Turkish president Recep Tayyip Erdoğan. On Tuesday, state news agency TRT reported that Erdoğan spoke on the telephone with US president Donald Trump and said he would not negotiate with terrorists, referring to the Kurds who live in the northern part of Syria, near the Turkish border. “We can never declare a ceasefire,” Erdoğan told reporters, explaining his aim of establishing a security zone on the border. “They are pressuring us to stop the operation. They are announcing sanctions. Our goal is clear. We are not worried about any sanctions.”

March for Jesus coordinator in Venezuela is arrested by dictatorship police

José Albeiro Vivas, pastor of a Christian church and coordinator of the March for Jesus in the Venezuelan city of Barinas, has been arrested by local security forces, according to news website Infobae. Vivas, who is also a major of the Venezuelan Air Force, read the opening statement of the march, which had as its theme “Venezuela, your time for freedom has arrived,” when he was arrested by members of the General Directorate of Military Counterintelligence. He was charged with “improper use of decorations, insignia, and military titles, as well as disobedience” by the intelligence services of dictator Nicolás Maduro’s regime.

Toy giant Lego’s president Tim Brooks said he is looking into the possibility of setting up a rental service of the company’s products. According to the executive, the program is one of several ideas aimed at obtaining the largest sum possible from products while consuming the least possible amount of resources. Lego has recently been under a lot of pressure from activists to manufacture more ecofriendly products, which may cause less damage to the environment, but such plans pose several technical barriers – such as the complexity of the colored plastic block kits, with thousands of minute pieces.