Fale a língua do mundo. Faça Wise Up.
Mon 13 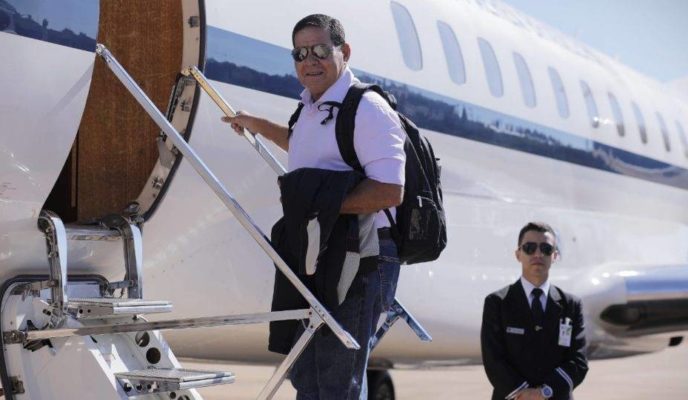 Brazilian vice-president Hamilton Mourão, along with several government ministers, will travel to Antarctica in order to attend the reopening ceremony of Brazil’s Comandante Ferraz research station, rebuilt after being destroyed in a fire in 2012. Former Bolivian president Evo Morales, currently in exile in Argentina, has vowed to create armed popular militias if he is allowed to return to his native country. Japanese car manufacturer Nissan is planning on terminating their merger with French giant Renault after the negative repercussion caused by the recent escape of their former CEO, Carlos Ghosn, from his house arrest in Japan. Argentinian ministers have been called on by presidential cabinet chief Santiago Cafiero to go to the country’s supermarkets and check whether the price-control scheme implemented by the government is being followed. Finally, international organizations are releasing videos showing the brutal repression from the Iranian police against demonstrators who protested against the shooting down of a Ukranian plane by Iran’s government, and their initial decision to deny their involvement.

Brazilian vice-president Hamilton Mourão set off today for Antarctica, where he will conduct the reopening ceremony of Brazil’s permanent Antarctic research station in the continent, Comandante Ferraz, destroyed by a fire in 2012. He will be accompanied by Infrastructure minister Tarcísio de Freitas, Defense minister Fernando Azevedo e Silva, and Science minister Marcos Pontes; the group flew from Brasília to the Chilean city of Punta Arenas, where they will board a Brazilian Air Force Hercules C-130, and then fly by helicopter to the station site. The Brazilian government has invested around US$ 100 million in reconstructing the research base.

Currently in exile in Argentina, former Bolivian president Evo Morales gave a controversial interview on Sunday to a public radio station from his country: “If I return, I would have to organize, like Venezuela, armed popular militias,” said the ex-head of state, who stepped down from power in November after accusations of election fraud. According to Morales, the population has the right to defend itself if attacked by government forces. “We are not talking about guns, but something more along the lines of slingshots. Such groups have been called militias, (…) but also union security groups or union police, or even communal guards. It’s not something new,” said the ex-president.

Nissan plans to split from Renault after Ghosn escape repercussion

Nissan executives are stepping up plans for a likely split from their partnership with Renault, according to British newspaper Financial Times. The measure began to be considered after increased tensions originated from the repercussion of former top executive Carlos Ghosn’s cinematic escape from his house arrest in Japan. The plans include a total divide in engineering and manufacturing, as well as changes to Nissan’s board, according to several sources. Despite efforts to improve relations on both sides, the partnership with Renault — which produces 10m cars a year — had become toxic, and many senior Nissan executives believe the French carmaker is a drag on its Japanese counterpart.

Argentinian ministers are called on to monitor supermarket prices

The Argentinian price-control scheme has received an unusual backing last weekend; on his personal Instagram account, presidential cabinet chief Santiago Cafiero called on ministers to go to supermarkets and personally check if products are indeed being sold by the prices imposed by the government. Ministers from several important sectors, such as Education and Health, attended the call and posted pictures and videos using the Precios Cuidados app, which lists over 300 items considered essential for families, ranging from hygiene and cleaning products to food and beverage items.

The Iranian police and security forces fired live ammunition and tear gas against demonstrators who protested against the government’s initial decision to deny their recent shooting down of a Ukrainian plane. There were no reports on the country’s state-owned media about the incidents in central Tehran on Sunday night, after a countrywide call for protests. International groups, however, have already called on Iran to allow people to exercise their right to protest freely, according to the country’s constitution. One video posted by Associated Press shows a crowd fleeing the smoke of tear gas canisters, while another shows a woman being carried away after being shot in the leg.