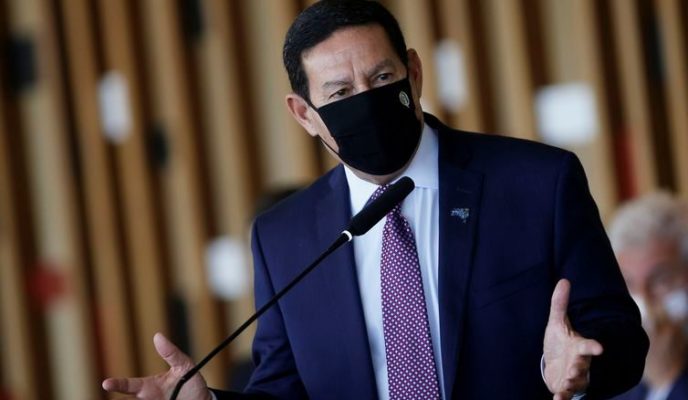 Brazilian vice president Hamilton Mourão said today he will invite US actor Leonardo DiCaprio to visit the Amazon, after the Hollywood celebrity posted an article by UK newspaper The Guardian which criticized president Jair Bolsonaro’s handling of the forest fires in the region. 61 percent of Brazilians believe that the country’s population should be more concerned with the pandemic, according to a survey issued today by Datafolha. The Democratic Party has officially appointed former vice president Joe Biden as their nominee to run for office in this year’s United States presidential elections. Canadian prime minister Justin Trudeau has shut down the country’s parliament until September 23rd, when he will present an economic recovery plan to deal with the results caused by the novel coronavirus pandemic. Finally, the president and prime minister of the African nation of Mali have been arrested by members of the country’s armed forces; the president, Ibrahim Keita, announced today his official resignation

Brazilian vice president Hamilton Mourão said today he will invite American actor Leonardo DiCaprio to visit the Amazon. The statement was made after DiCaprio used his social media accounts to repost an article by British newspaper The Guardian: “The number of fires burning in Brazil’s Amazon in July was up 28% on the same month last year, according to data from Brazil’s space research agency INPE. Brazil’s president, Jair Bolsonaro, is under international pressure to curb the fires, but he has publicly doubted the severity of them in the past claiming opponents and indigenous communities were responsible.” Mourão promptly responded: “I would like to invite our most recent critic, Leonardo DiCaprio, to go with me to São Gabriel da Cachoeira to take an eight-hour ride through the jungle. (…) He will learn with each big pothole that he has to pass that the Amazon is not a flat land, and understand better how things work in this vast region.”

61% say Brazilians should be more concerned with the pandemic, says poll

A recent poll has pointed out that 61 percent of Brazilians are less concerned with the novel coronavirus pandemic than they should, while 17 percent believe they are exceedingly worried, and 21 percent think they are dealing adequately with the issue. Two percent said they did not have an opinion on the matter. The data was published today by Datafolha, after 2,065 people were interviewed between August 11th and August 12th. The survey has a margin of error of two percentage points. According to experts, the poll shows that the population is still divided on the improvements made by the guidelines implemented to deal with the COVID-19 pandemic.

The Democratic Party officially appointed former United States vice president Joe Biden as their candidate in this year’s presidential elections, in the second evening of their national convention. Delegates from all over the country voted remotely during the event, held on the internet; Biden won 3,558 votes, while senator Bernie Sanders got 1,151. Tuesday’s event was marked by the Democrats’ efforts to build a bridge between the party’s older generations, represented by more experienced politicians, such as former president Bill Clinton, and their new wings, fronted by names such as congresswoman Alexandria Ocasio-Cortez.

Canada’s prime minister, Justin Trudeau, informed yesterday evening on his Twitter account that he asked the country’s general government to shut down the Canadian parliament until September 23rd, when he plans on presenting an economic recovery plan.  “Throughout the pandemic, we’ve supported Canadians with a huge emergency response. We’ve carefully – and successfully – reopened many parts of the economy. And in the coming weeks, we’ll present our plan to rebuild a stronger, more resilient Canada,” he wrote on his official account. Earlier, Trudeau had announced Chrystia Freeland as the country’s new Finance minister; she is the first woman to occupy the position.

Mali’s president resigns after being arrested in military coup

The president of the African nation of Mali, Ibrahim Boubacar Keita, and the country’s prime minister, Boubou Cissé, were captured on Tuesday in the capital, Bamako, by army soldiers in what seemed at first to be a mutiny and later turned into a full-blown coup. “We can tell you that the president and the prime minister are under our control,” said one unidentified leader of the rebels. Both were taken in a military vehicle towards Kati, a military camp on the outskirts of the capital, where the mutiny had begun hours earlier. Today, Keita announced his immediate resignation; wearing a surgical mask, he went on national TV ORTM saying that he had little choice but to stand down, in order to avoid bloodshed. A spokesman for the rebels announced the closure of all borders, and said that the elections would be held “within a reasonable time”.