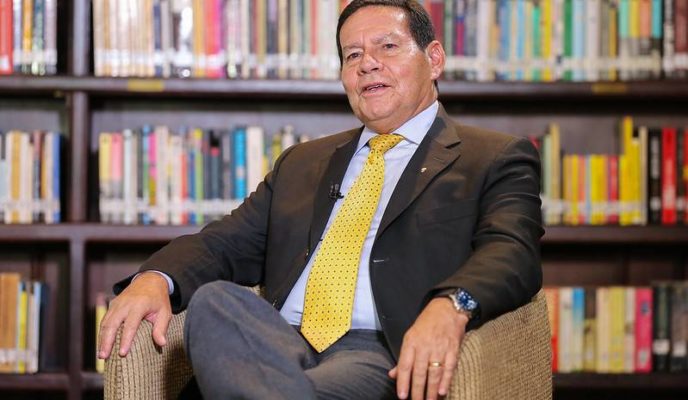 Brazilian president Jair Bolsonaro backtracked on his previous decision, and sent vice-president Hamilton Mourão to represent the country at the inauguration ceremony of Alberto Fernández, his newly-elected counterpart in Argentina. The Brazilian Federal Police’s Operation Car Wash began a new stage today, after investigations have indicated that ex-president Luiz Inácio Lula da Silva’s son, Fábio Luís, known as Lulinha, received irregular payments of more than R$ 190 million from a large telecommunications group to a company he partly owned. Marcelo Odebrecht, a former top construction executive convicted for corruption and money laundering, has accused Lula of lobbying his company to build construction projects on the Caribbean island of Cuba. A volcano has erupted on a tourist island in New Zealand, leaving at least six people dead, eight missing, and several more severely injured. Finally, Swedish singer Marie Fredriksson, known for her work with the pop duo Roxette, has died at the age of 61.

Jair Bolsonaro’s vice-president, Hamilton Mourão, represented Brazil at the inauguration ceremony of Argentina’s new president, Alberto Fernández. Bolsonaro, who has both criticized and been criticized by Fernández, had declared last week he would send the Brazilian ambassador in Buenos Aires in his stead, but backtracked yesterday and sent Mourão as an act of appeasement, emphasizing both countries’ commercial ties. Fernández was sworn in this morning along with his ticket mate, former president Cristina Kirchner; the presidential sash was handed by his predecessor, Mauricio Macri, in a diplomatic gesture which was solemnly ignored by Cristina when Macri was elected in 2015.

The 69th stage of the Brazilian Federal Police’s Operation Car Wash, which began today, is investigating whether former president Luiz Inácio Lula da Silva’s son, Fábio Luís, nicknamed Lulinha, has purchased their country estate in Atibaia using bribe money. 47 search and seizure warrants were issued by the Curitiba 13th Federal Court in several states; the investigations have detected irregular payments of R$ 193 million from companies in the Oi/Telemar group to companies in the Gamecorp/Gol group, controlled by Lulinha and his associates.

Marcelo Odebrecht, former chief executive of Brazil’s construction giant Odebrecht, sentenced to over 19 years in prison after being convicted for corruption and money laundering, declared in an interview on Monday that ex-president Lula lobbied him for a project in Cuba. According to the executive, the Workers’ Party government granted loans in order to finance construction works in the Caribbean country – initially, to build a highway, but a study made by the company realized that building a port would be more beneficial for Brazilian exports.

At least six people died and eight are missing after the eruption of the Whakaari volcano, located on White Island, a famous touristic spot off New Zealand’s eastern coast, on Monday afternoon. The local police informed that 47 visitors were on the island at the time of the eruption; 31 have been hospitalized after being rescued with several burns. Officials have warned that they don’t believe there are any more survivors on the island. Rescue workers have been unable to do searches due to the risk of new eruptions, and New Zealand prime minister Jacinda Ardern has declared that every burn unit in the country is at full capacity.

Swedish singer Marie Fredriksson, known for her work with the pop duo Roxette, along with Per Håkan Gessle, died today at the age of 61. Famous for several hits during the 1980s and 1990s, such as “It Must Have Been Love” and “Listen to Your Heart,” Fredriksson had been fighting cancer since she was diagnosed with a brain tumor, after collapsing in her home in 2002. The announcement was made in a statement to the press by her family; her last performance was in 2015, in London. She leaves her husband, Mikael Bolyos, and two children.