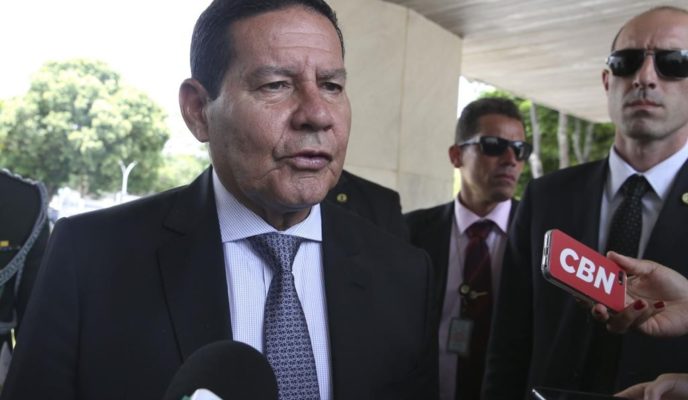 PSL federal deputies send message to the general, known for his unfortunate remarks

Whoever thought General Mourão’s quota of unfortunate and disastrous remarks had ended with the electoral campaign had a reality shock last week, when, in an interview to O Globo, he declared himself favorable to an increased toleration of abortion in Brazil, going against everything Bolsonaro had said about the topic during his campaign, against everything the government has been defending, and against the opinion of the vast majority of voters who elected him.

Was it stupidity? Strategy? Betrayal? No one knows, but the reactions against him haven’t stopped, and Mourão deserves it.

In the social networks of the pro-life movement, people have been talking about protest banners, mass emails, and even inflatable dolls making fun of the vice-president, so he can never forget the stupidity he said, and that they are getting ready for the next marches for life.

In the social media, Olavo de Carvalho is tearing to pieces the image of the military man, and, with that, shredding any trace of sympathy some of his followers might still have for Mourão – even if that sympathy must be credited, obviously, to Bolsonaro, and never to Mourão himself.

But the reactions are not restricted to Facebook memes and texts. On Tuesday, in the Chamber, each deputy was entitled to one minute to make their first speeches in the house.

Federal deputy Filipe Barros (PSL-PR), a pro-life activist from Bolsonaro’s party, who had direct support from the president himself during his campaign, insisted on seizing the opportunity to send a message to the general. At the end of their speeches, two other PSL deputies, Chris Tonietto (PSL-RJ) and Leo Mota (PSL-MG), also joined Barros to emphasize their repudiation.