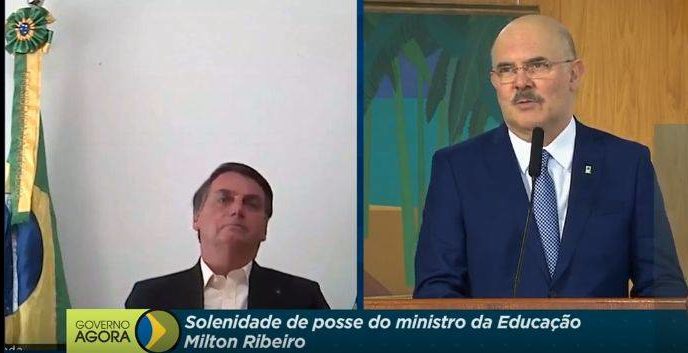 After three previous occupants and days of fiery discussions, the seat of Brazil’s Ministry of Education has finally been appointed to Evangelical pastor Milton Ribeiro, sworn in yesterday at a ceremony at the Planalto Palace. Meanwhile, president Jair Bolsonaro used his weekly live broadcast to defend two members of his cabinet, interim Health minister Eduardo Pazuello and Environment minister Ricardo Salles, who have recently suffered attacks both by social media users as well as authorities such as Federal Supreme Court justice Gilmar Mendes. Former São Paulo state governor and presidential candidate Geraldo Alckmin, investigated for several corruption-related charges by the Federal Police during his 2010 and 2014 election campaigns, has declared himself “serene” and “willing to fully cooperate with the authorities.” The United States federal government has executed a second inmate convicted and sentenced to death, after a 17 year-hiatus on capital punishment. Finally, anti-government armed militias in Colombia have imposed extreme punishments on people who violate measures preventing the spread of the novel coronavirus in the country, which include curfews, lockdowns, and even murders.

New Education minister is sworn in and defends “major dialogue”

Brazil’s new Minister of Education, Evangelical pastor Milton Ribeiro, was sworn in at the Planalto Palace on Thursday afternoon, and promised to open a new front for dialogue along with the education community in the country. He also praised the country’s public education, vocational education, the need for teachers to be protagonists, and the laicity of the State. Ribeiro is the fourth minister to occupy the position since the election of president Jair Bolsonaro – who took part in the ceremony through a videoconference call, due to his COVID-19 diagnosis. “We want to open a major dialogue, in order to listen to academics and educators who, just like me, are saddened with what has been going on with the education in our country,” said Ribeiro during his speech.

Two members of Brazilian president Jair Bolsonaro’s cabinet who are currently facing pressure from the media and the opposition to step down, interim Minister of Health Eduardo Pazuello and Minister of Environment Ricardo Salles, were defended and praised by president Jair Bolsonaro during his weekly live broadcast held yesterday. “Salles will remain, Pazuello will remain,” said Bolsonaro, who described both ministers as “outstanding.” Bolsonaro emphasized that all members of Brazil’s military occupying political positions are being viewed positively by the people, in answer to several critics, among them Federal Supreme Court justice Gilmar Mendes.

Under investigation, Alckmin claims to be “serene” and “transparent”

After being indicted yesterday by the Federal Police for corruption, money laundering, and parallel accounts during the 2010 and 2014 elections, former São Paulo governor and ex-presidential candidate Geraldo Alckmin declared himself “serene,” and committed himself to fully cooperate with the authorities. In an interview with CNN Brasil, Alckmin said that “those who are in the public sector have a duty to be fully accountable. Even though I have not yet been questioned [by the Federal Police], I will be transparent.” The PSDB politician said he has “an absolutely clear conscience”, and insisted he held “modest” campaigns.

US executes second federal prisoner in a week

After a 17-year hiatus, the United States has executed its second death row inmate in a single week. Yesterday, Wesley Ira Purkey was killed by the lethal injection at the Federal Correctional Complex, in Terre Haute, Indiana. He had been given the death penalty by a federal court after being convicted for kidnapping, raping, and killing 16-year-old Jennifer Long, whose body he dismembered and burned after tossing it into a septic pond in 1998. Purkey already had a previous conviction in the state of Kansas, after using a hammer to kill an 80-year-old woman who suffered from poliomyelitis.

In a report issued this week, worldwide human rights organization Human Rights Watch denounced that armed groups in Colombia have committed murders and other abuses against civilians in order to impose their own rules of prevention against the spread of the novel coronavirus. According to the organization, groups like the National Liberation Army and Colombia’s Revolutionary Armed Forces, FARC, have imposed rules such as curfews, lockdowns, and the shutting down of commerce in at least 11 of the country’s 32 states. So far, Colombia has registered 165 thousand confirmed cases of the virus, and 5.8 thousand deaths.