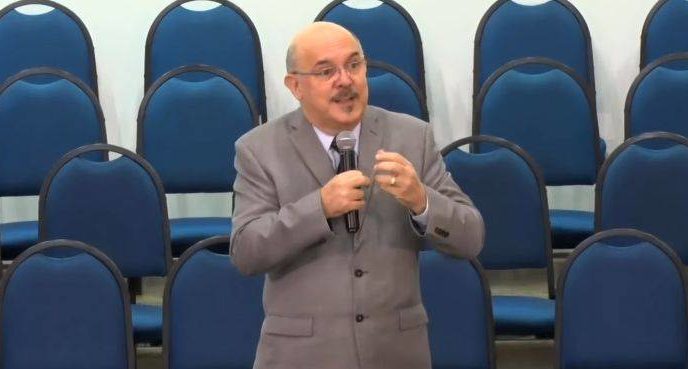 Brazil’s newly appointed Education minister, Milton Ribeiro, declared he has tested positive for the novel coronavirus, making him the fourth member of president Jair Bolsonaro’s cabinet to contract COVID-19. Bolsonaro himself, who recently tested positive for the disease, took a new test and revealed he is still infected with the virus, after announcing yesterday that if he was clear from the disease he would take an official trip to the northeastern state of Piauí. Meanwhile, the vaccine developed by Chinese pharmaceutical company Sinovac to be tested by São Paulo’s Butantan Institute has already begun to be tested on members of the city’s medical community. Former presidential candidate and current senator José Serra is being investigated by Brazil’s Federal Police and the country’s Federal Prosecutor’s Office for using a parallel account to fund his 2014 campaign. Finally, a 12-hour standoff between Ukrainian authorities and a kidnapper who held several people as hostages inside a bus has ended with no casualties.

Brazil’s recently appointed Education minister, Milton Ribeiro, informed yesterday that he has tested positive for the novel coronavirus, and is using the controversial drugs advertised by president Jair Bolsonaro and several members of his government who also contracted the disease. “I woke up feeling much better. A light cough, no fever, and no aches. Hydroxychloroquine, azithromycin, ivermectin; these medications were prescribed by my doctor,” he wrote on his Twitter account. The use of such drugs, especially chloroquine and hydroxychloroquine, is not yet accepted by the medical community as an effective treatment against the novel coronavirus.

Brazilian president Jair Bolsonaro said he has been tested once again for the novel coronavirus, after being tested positive for COVID-19 earlier this month. Yesterday, during a ceremony held in front of the Alvorada Palace, in front of a small crowd of supporters, Bolsonaro said that the results of this new test would come out today, and, if they turned out negative, he would resume his normal schedule. According to the president, the first official item on his agenda is a trip to the Northeastern state of Piauí, on Friday. However, the results indicated that he is still infected with the novel coronavirus.

27-year-old physician Stefania Teixeira Porto, who works at one of the most important hospitals in Brazil, São Paulo’s Hospital das Clínicas, was the first volunteer to be inoculated with the vaccine against the novel coronavirus developed by Chinese pharmaceutical company Sinovac, in a partnership with the Butantan Institute. After she received the vaccine, she underwent several tests and a period of observation at her workplace, which is one of the centers of this clinical study in the country. She was scheduled to appear at a press conference, canceled due to her tiredness, and released a video in which she claimed to be happy to take part in the project, calling it “an injection of morale.”

The Brazilian Federal Police and the Federal Prosecutor’s Office have begun an investigation on the suspected use of a parallel account by former presidential candidate and São Paulo senator José Serra to fund his 2014 campaign. On Tuesday, the third stage of Operation Car Wash was launched, in which agents served three arrest warrants, and fifteen search and seizure warrants in addresses associated with the PSDB politician and businessman José Seripieri Junior, who has been arrested. Seripieri is accused of using his own company, Qualicorp, to forge contracts in order to channel R$ 5 million into Serra’s campaign funds. Yesterday, however, Federal Supreme Court president Dias Toffoli forbade any search warrants from being executed at Serra’s offices at the Senate.

The Ukrainian police informed on Tuesday afternoon that the man responsible for maintaining at least 13 people as hostages inside a bus in the city of Lutsk, in the western part of the country, for over 12 hours, was arrested. All hostages were released unharmed. At one point, the criminal, who was carrying firearms and explosives, fired against Ukraine’s joint police chief, Yevhen Koval, who was coordinating the negotiations, but did not hit him. The kidnapper was identified as 44-year-old Maksym Krivosh, who has Russian roots and has already been arrested for theft, extortion, and illegal possession of a firearm.