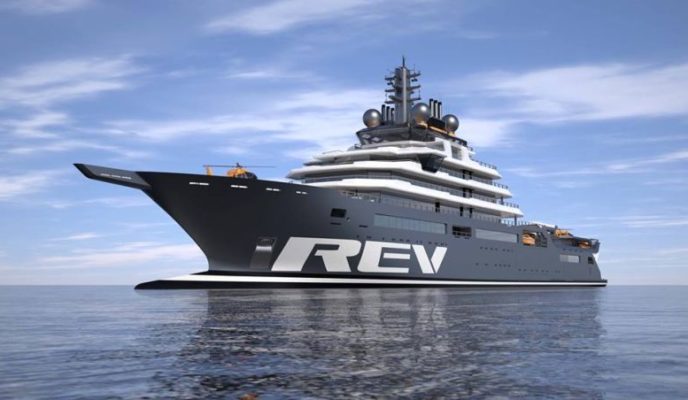 Businessman will invest in ship that collects and recycles residues, reducing pollution in the oceans. According to him, this is a way of returning to the seas part of what he conquered through them

Until 2050, the oceans will contain more plastic than fish, according to a report by the World Economic Forum (WEF). That fact shocked Norwegian billionaire Kjell Inge Røkke, who decided to invest part of his 2 billion dollar fortunes (about 7.46 billion reais) in the cleaning of the seas.

The oil baron – who is also Norway’s 10th richest man, according to Forbes magazine – will build until late 2020 the world’s largest yacht, which he hopes to be in operation by 2021, removing five tons of litter from the ocean per day.

A fisherman in his youth, Røkke began his professional trajectory in the sea, and said, in a statement to the Norwegian press, that the initiative is a way of returning to the sea part of what he conquered through it.

The Research Expedition Vessel (REV), as it has been named, will be operated by the World Wildlife Fund (WWF) and will carry 60 researchers and a crew of up to 40 operators to investigate unexplored environments in the bottom of the sea.

On each trip, the REV will use its tens of sensors and top-notch equipment to collect all the plastic it finds and melt it, in order to recycle it and allow it to be reused.

Distributed along the 181-meter long ship of the REV-Ocean project are refrigerated, dry and wet environmental research laboratories, classrooms, an auditorium, and an underwater vehicle which will help with the researches.

Lateral bridges will be able to raise and release into the sea equipment – such as submarines, for instance – of up to 20 tons.

The yacht is also equipped with four highly sensitive hydrophones to listen to the communication of sea mammals, and underwater cameras to register life forms at the bottom of the ocean.