Fale a língua do mundo. Faça Wise Up.
Mon 12 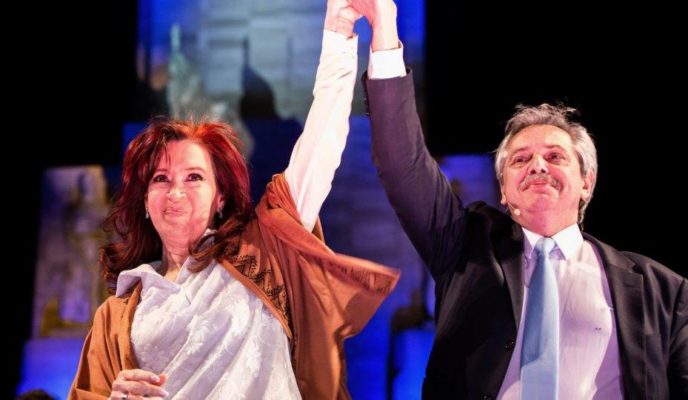 The left-wing opposition in Argentina has obtained a victory by a wide margin in the primaries of the presidential elections, whose first round is scheduled to be held on October 27th. President Mauricio Macri, who is running for reelection, has admitted his defeat and expressed his concern. Portugal is under fuel rationing after local fuel-tanker drivers went on strike demanding an increase in minimum salaries in the sector. Entertainment giant Disney hit the R$ 1 billion-mark in Brazilian box offices by the end of July, an unprecedented feat in the country. Brazilian Environment minister Ricardo Salles announced a new program for the preservation of the Amazon, involving regulation changes as well as payments for landowners who help to achieve this goal. Finally, despite a big renovation in the Brazilian Lower House of Congress during the last elections, old practices can still be felt: expenses on international trips have increased by 82 percent since last year.

Left-wing presidential candidate Alberto Fernández and former president Cristina Kirchner, who is the vice-president on his ticket, obtained a great victory in the primaries of the Argentinian presidential elections, held this Sunday, defeating current president Mauricio Macri, who is running for reelection, by a wide margin of votes. With 88.17 percent of ballots counted by 12:22 a.m., and a 75.86 percent voting rate, the opposition obtained 47.34 percent of the votes, while Macri’s coalition got 32.35 percent. “It hurts my soul to see that so many Argentinians believe that the alternative is a return to the past,” said Macri as he acknowledged his defeat. The first round of the elections will be held on October 27th.

The government of Portugal has imposed fuel rationing at the country’s gas stations until August 21st, as fuel-tanker drivers started an indefinite strike today. Strikers have settled a deal with the government ensuring that basic services, such as hospitals, airports, ports, security, and medical forces, are ensured. Refueling is limited to 100 liters for cargo vehicles and 25 liters for cars. Gas stations have been preparing for the strike for the past three days, but 30 percent of them did not open today. Drivers are demanding gradual raises in minimum salaries in the sector.

The Walt Disney Company reached the R$ 1 billion-mark in box offices by the end of July, an unprecedented feat for any distributing company in the country. According to data published by O Globo, the multinational had accumulated R$ 631 million during 2018. Such extraordinary box-office figures were caused by eight feature films released so far: “Avengers: Endgame”, “The Lion King”, “Captain Marvel”, “Toy Story 4”, “Ralph Breaks the Internet”, “Dumbo”, “Aladdin”, and “Glass”. Seven more movies are scheduled to be released by the end of the year.

This Sunday, Brazilian Environment minister Ricardo Salles said that his cabinet will present “shortly” a strategy to address the issue of preservation of the Amazon. He said that the measure will envisage “formalizations, regularizations, regulations and inspection actions, as well as a payment model for environmental services” – in other words, offer money to landowners to help to preserve the forest. Salles added that, if Germans want to, they can “help” – Germany recently decided to suspend the financial support they gave to preservation and biodiversity projects in the region after controversial statements by president Jair Bolsonaro.

The Lower House of the Brazilian Congress, which had a renovation rate of nearly 50 percent in the last elections, increased its expenses by 82 percent on international trips in the first half of the year. They spent R$ 2.67 million on plane tickets and hotel rooms, compared to R$ 1.47 million during the same period last year. Newcomer Luísa Canziani (PTB), from Paraná, paid R$ 36.6 thousand for tickets to China, Indonesia, and Vietnam, in a R$ 344-thousand mission which took 13 other congressmen to these countries. Members of Congress took 186 trips around the world in six months. Eight congressmen made “technical visits” to religious shrines and soccer stadiums in Portugal, as well as May Day celebrations in Cuba. Most plane tickets were in business class.