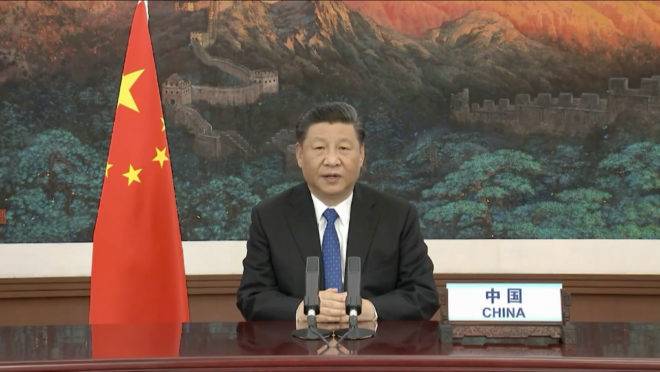 A group of over 100 countries has asked the World Health Organization for an “impartial and independent” investigation into the origin of the novel coronavirus, and the entity’s response and handling of the pandemic. The Catholic Church’s main shrine, Saint Peter’s Basilica, in the Vatican, has opened to the public for the first time after being closed for two months due to the novel coronavirus pandemic; Pope Francis held a mass to celebrate the centenary of the birth of former pope John Paul II. The German Bundesliga has become the first official major soccer league to resume activities after all main sporting activities throughout the world were ground to a halt due to the COVID-19 pandemic; fans were not allowed inside the matches, and players will have to undergo periodic tests. The Brazilian Society of Immunology has issued a statement warning the use of chloroquine and hydroxychloroquine to treat patients infected with the novel coronavirus “lacks scientific evidence.” Finally, the Brazilian state of São Paulo has already registered more cases of deaths caused by COVID-19 than the whole country of Mexico.

Over 100 countries are supporting an independent investigation of the origin of the novel coronavirus and the response given by the World Health Organization to the pandemic. The European Union, the United Kingdom, Russia, New Zealand, Japan, India, and Mexico, are some of the countries which signed a resolution bill scheduled to be voted on Tuesday during the World Health Assembly, the most important meeting of WHO’s 194 member-states. The motion asks the organization’s director-general, Tedros Adhanon, to open “a gradual process of impartial, independent and exhaustive evaluation” as soon as possible. All eyes will be turned to China, where the disease was first detected, and the WHO could be questioned over their management. Another thorny issue which will be discussed is whether to include Taiwan, which China does not recognize as a sovereign country, as an observer of the assembly.

Saint Peter’s Basilica, in the Vatican, is once again open to visitors, after two months closed due to the novel coronavirus pandemic. Today, Pope Francis celebrated an early morning mass for around 30 people to mark the centenary of the birth of Saint John Paul II. Meanwhile, people were waiting in line outside to enter the building. According to news agency ANSA, only people seeking to pray were allowed to enter, and social distancing rules were strictly enforced both on people sitting down and standing. Holy water fonts are to remain empty, and the communion wafer will only be transferred into hands of worshippers by an individual wearing a mask and gloves.

In Germany, supporters and players adapt to soccer’s new reality

On Saturday, the Bundesliga became the first major European soccer league to return after sports around the world shut down in mid-March because of the novel coronavirus pandemic. German soccer players, coaches, and supporters are beginning to adapt themselves to the sport’s new reality. The “new normal” includes empty stadiums and twice-a-week testing for players. Over one thousand FC Köln fans handed over their jerseys and scarves so that the club could set up a brightly-colored motif over the grandstand, and the club placed stuffed toy animals and mascots on the empty seats. The club tied 2:2 against Mainz on Sunday. Outside the stadium, a group of organized supporters protested against the banning of fans from the matches.

In a statement issued today, the Brazilian Society of Immunology warns the use of chloroquine and hydroxychloroquine to treat people infected with the novel coronavirus “lacks scientific evidence”. “No scientist is opposed to any form of treatment. We are all in favor of finding out which is the best possible treatment, but always based on solid scientific evidence,” reads the statement. Based on research already done, the BSI claims it is still too early to recommend the medication to treat COVID-19, “given that several studies have shown no benefits whatsoever for infected patients after using hydroxychloroquine.” The entity has also pointed out that the medication has “severely adverse side effects which should be taken into consideration.”

The Brazilian state of São Paulo already has more cases of deaths caused by COVID-19 than Mexico, according to the state’s health department. The number of fatal victims rose to 4,782 on Sunday, while the North American country has totaled 4,767 deaths so far, according to data provided by the World Health Organization. Last week, 16,901 new cases of infection were confirmed in the state, totaling 62,345, a figure 38 percent higher than the number of victims accounted for in Mexico. 463 cities throughout the state have at least one person infected by COVID-19, and 213 municipalities have already registered at least one death.