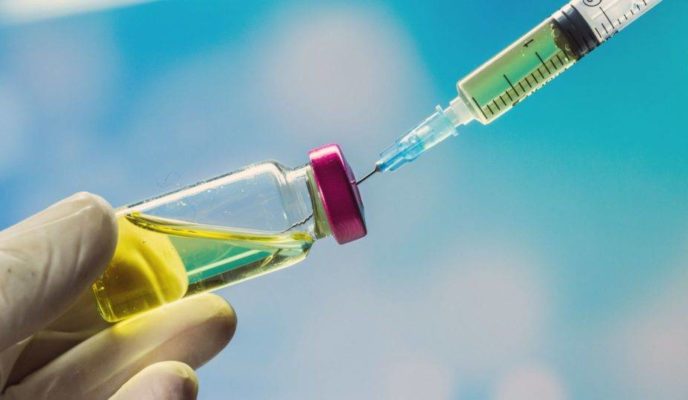 The University of Oxford began large-scale testing of its newly-developed COVID-19 vaccine, primarily recruiting health care professionals, who are more frequently exposed to the novel coronavirus, for the trials. Brazilian president Jair Bolsonaro has declared in his social networks that his American counterpart, Donald Trump, did indeed invite the South American country to take part in the newly-expanded G7 meeting, scheduled for September; yesterday, Trump did not mention Brazil as he listed countries which he wanted to invite for the summit. Rio de Janeiro mayor Marcelo Crivella announced the resumption of soccer activities in the city, which could eventually allow the attendance of spectators in stadiums. World Health Organization executive director Mike Ryan expressed his concerns with the situation of the novel coronavirus pandemic in Latin America, saying the region is yet to reach the pandemic peak. Finally, as anti-racism protests and lootings continue to ravage the United States, president Donald Trump called on governors to deploy the National Guard, and threatened to use the Armed Forces if violent acts are not curbed.

This week, a COVID-19 vaccine being developed by the University of Oxford, in the United Kingdom, is entering phase 3 of its human trials, in which at least 10 thousand people will be vaccinated all over the country to test the effectiveness of the drug. Among the more than 70 immunizing agents currently being developed all over the world, this is considered to be the most advanced and one of the most promising. The Oxford vaccine is based on previous studies made for other respiratory syndromes, such as SARS and MERS, also caused by coronaviruses, therefore the drug’s safety had already been tested, allowing the process to move forward more quickly. The university has called on 18 research centers throughout the UK to test the vaccine, and is primarily recruiting health care professionals, who are more frequently exposed to the novel coronavirus.

Brazilian president Jair Bolsonaro stated in his social media that the president of the United States, Donald Trump, has invited Brazil to take part in the upcoming G7 summit, scheduled for September in his country. On Saturday, Trump did not mention Brazil in the list of additional countries he wanted to include in the group, such as Russia, Australia, India, and South Korea. The G7 is formed by the US, Germany, Japan, France, the United Kingdom, Canada, and Italy. Yesterday, however, Canada and UK prime ministers Justin Trudeau and Boris Johnson flat-out rejected any proposal which would allow Russia to join the group, which was previously called G8 until its expulsion in 2014 in response to its annexation of Crimea.

Today, Rio de Janeiro mayor Marcelo Crivella announced measures to loosen social distancing measures, allowing supporters into soccer matches from July on. Crivella stressed, however, that these rules could be reviewed depending on the number of COVID-19 cases. On Tuesday, a first phase will begin, allowing clubs to resume training activities, and in a second stage, to begin two weeks from now, matches will be played behind closed doors; only in phase 3 will stadiums be open to the public, with one-third of their capacity; at the legendary Maracanã, for instance, a maximum of 22 thousand spectators will be allowed. The decision has caused controversy; Botafogo director Carlos Augusto Montenegro called it “homicide”, and said the club is ready to forfeit points rather than take the field, while rivals Flamengo and Vasco da Gama are fully backing the measure.

Brazil and its neighbors haven’t reached pandemic peak, says WHO

World Health Organization executive director Mike Ryan said that Latin America still hasn’t reached the peak of its COVID-19 pandemic, in a press conference held today in Geneva, Switzerland. “I don’t believe we have reached the peak in that transmission and, at this point, I cannot predict when we will,” he said, adding that “if we look at the hemispheres, five of the ten countries worldwide reporting the highest new number of cases in the past 24 hours are in the Americas.” When asked specifically about Brazil, Dr. Ryan preferred to make a general analysis of the region, explaining that the region is suffering from fragile health care systems and an extremely diverse variety of response models to the pandemic.

As protests and looting continue, Trump promises to send in the military

United States president Donald Trump said he is taking immediate presidential action to put an end to the ongoing violence in the country, rocked by anti-racism protests and looting during the last seven days in dozens of cities. In a statement made today, Trump also “strongly recommended” state governors to mobilize the National Guard, and warned that if governors and mayors did not take action, he would send in the Armed Forces. Curfews have been issued in several cities. Yesterday, in New York, several stores, such as the iconic Macy’s, were sacked by looters, while four police officers were shot in downtown St. Louis, Missouri. Meanwhile, the brother of George Floyd, a former security guard whose death after being choked to death by a police officer sparked the riots, made an appeal for peace during the demonstrations.