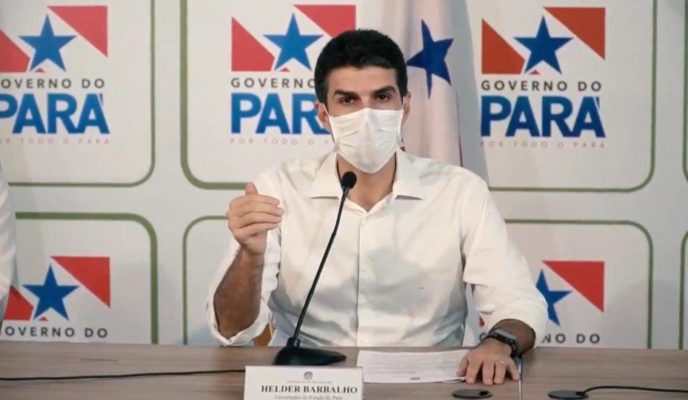 The governor of the Brazilian state of Pará, Hélder Barbalho, has announced a full lockdown in ten cities, including the capital, Belém, due to the impact caused by the high number of COVID-19-related-cases in the state’s hospitals. The Surveillance Secretary of Brazil’s Ministry of Health, Wanderson de Oliveira, has declared that, although it is not possible to clearly declare when the peak number of deaths caused by the novel coronavirus pandemic will hit the most affected states in the country, it will happen, it is expected, “between May, June, and July.” Justice Humberto Martins, current head of the National Justice Disciplinary Board, has been elected president of Brazil’s Superior Court of Justice, an office which he will hold for two years. The British ambassador to Brazil has “strongly urged” all UK citizens on his official Twitter account to “go back immediately” to their home country. Finally, Russian president Vladimir Putin has decorated North Korean dictator Kim Jong-un with a commemorative medal due to his efforts to preserve the memory of fallen Soviet soldiers in the Korean peninsula during World War II.

Yesterday evening, Hélder Barbalho, governor of the Brazilian state of Pará, announced in a TV broadcast a full lockdown of the ten cities most affected by COVID-19 in the state, essentially shutting down all non-essential activities in these municipalities – including the capital, Belém. The measure will be enforced starting this Thursday, and is scheduled to last until May 17th. During the first three days violators will receive “educational measures”, but after Sunday the state government will be given authority to fine all those who violate lockdown measures. According to Barbalho, who views the measure as “tough, but necessary,” 375 people have already died in Pará due to the novel coronavirus pandemic, and 4,756 have been infected.

Ministry of Health expects COVID-19 peak “between May, June, and July”

Brazilian Ministry of Health Surveillance Secretary, Wanderson de Oliveira, said that is still not possible to clearly declare when exactly the peak number of infections and deaths caused by COVID-19 within the five most affected states in the country, São Paulo, Rio de Janeiro, Ceará, Pernambuco, and Amazonas, will take place. When questioned on the matter during a press conference, Oliveira said that the increase in the number of cases is pointing out the different behavior of the infection between these states, and said that the only reliable information as of today is that the most critical period of the disease will be known between May, June, and July.

Justice Humberto Martins was elected today president of Brazil’s Superior Court of Justice. Martins, who has been a member of the court since 2006, and currently holds the office of head of the National Justice Disciplinary Board, will occupy the seat for two years after August. The voting which elected him was made via videoconference, due to the novel coronavirus pandemic. Born in Maceió, Martins was a state prosecutor and appellate judge. He will replace current Superior Court of Justice president João Otávio de Noronha.

UK ambassador asks all Brits in Brazil to go back “immediately”

The United Kingdom ambassador to Brazil, Vijay Rangarajan, made a public plea on his official Twitter account for all British citizens currently in Brazil to return home: “If you’re a British National still traveling in Brazil I strongly urge you to go back to the UK immediately, using commercial flights available. There are currently no plans for chartered flights.” Since April 3rd, there have been no direct commercial flights between Brazil and the United Kingdom. On Tuesday, the UK became the European country with the highest number of COVID-19-related deaths. 196 thousand people have been infected, and 32 thousand people have died due to the novel coronavirus pandemic in Britain.

Russian president Vladimir Putin has decorated North Korean dictator Kim Jong-un with a commemorative medal of the 75-year-victory over the Nazis in the Second World War. North Korea’s ‘Supreme Leader’, however, did not partake in the ceremony; the medal was handed yesterday to North Korea’s Foreign Relations minister, Ri Yong-ho, by Russia’s ambassador in the country, Alexander Matsegora, for Kim’s role in “preserving the memory of Soviet soldiers who died in North Korean territory.” Pictures of the ceremony were posted on Matsegora’s official Facebook profile. The Soviet Army helped to expel invading Japanese troops from the Korean peninsula at the end of World War II.