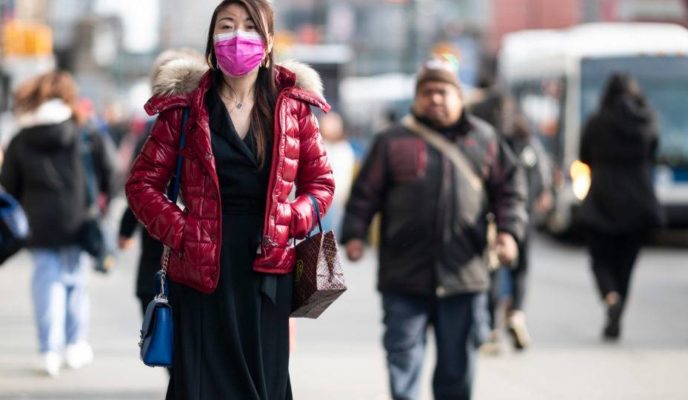 Patients considered to be healed from the recent novel coronavirus epidemic have been found to be still infected in several Asian countries. Former Brazilian president Luiz Inácio Lula da Silva, convicted of several corruption charges in his home country, has received the title of honorary citizen in France’s capital, Paris, by city mayor Anne Hidalgo. A Campo Grande judge has ordered the transfer of Adélio Bispo, responsible for stabbing Brazilian president Jair Bolsonaro during the 2019 presidential campaign, to a mental institution. Vale, the mining company responsible for the environmental disaster which virtually destroyed the Minas Gerais city of Brumadinho, has published a final report detailing its future measures. Finally, Israeli prime minister Benjamin Netanyahu is set to win yet another election in his country, despite recent corruption accusations.

Four people who had been considered healed from the infection caused by the novel coronavirus, which has already killed more than three thousand people all over the world, have tested positive once again for the disease after being released from their quarantines in hospitals. The information, disclosed by an article published by the Journal of the Medical American Association last Thursday, raised several concerns about the disease involving its dissemination and treatment. The Japanese government reported last week that a woman in Osaka tested positive again for the disease weeks after being released from the hospital where she had been admitted previously, and several similar cases have been reported in China, epicenter of the disease.

Four months after leaving his prison cell, former Brazilian president Luiz Inácio Lula da Silva received the title of honorary citizen of Paris on Monday, during a ceremony held in the French capital. The award was suggested by the city’s mayor, Anne Hidalgo, and approved by the Parisian council. Ex-president Dilma Rousseff, impeached in 2016, and former Workers’ Party presidential candidate Fernando Haddad attended the event. Before the ceremony, Lula had lunch with former French president François Hollande. Sentenced to jail for corruption charges after investigations made by the Brazilian Federal Police’s Operation Car Wash, Lula informed he will remain in Europe until March 12th, and said he will go to Switzerland and Germany before returning to Brazil.

Judge orders transfer of Bolsonaro stabber to an “adequate place”

Campo Grande 5th Federal Court judge Dalton Igor Conrado has authorized the transfer of Adélio Bispo de Oliveira, responsible for stabbing Brazilian president Jair Bolsonaro during a campaign rally in 2019, from the Campo Grande Federal Penitentiary where he is currently jailed, in up to 30 days. The decision, requested by the Public Defender’s Office and the Federal Prosecution Office, intends to provide the self-confessed assailant of Brazil’s head of State an “adequate treatment and lodging”. Adélio has been absolved of the crime after being considered criminally incapable, and his prison sentence has been converted into a psychiatric internment for an indefinite period of time, in a facility yet to be established.

Brazilian multinational mining company Vale published on Monday the final report of its Support and Reparation Extraordinary Assessment Independent Committee, formed to propose compensation initiatives for families of victims of the dam break disaster in Brumadinho in January last year. The committee concluded that Vale had accepted 87 percent of all recommendations, and chose to either ignore or not to implement the remaining 13 percent. Out of 84 recommendations and 11 suggestions sent to the company’s board, only 7 percent have been fully implemented. Among such initiatives are financial compensations to the local population.

Israel’s prime minister, Benjamin Netanyahu, is on his way to obtain a victory in the third election held in the country in less than one year. With 90 percent of ballots counted, Likud, the party of Bibi, as he is popularly known, has obtained 29.35 percent of all votes, the equivalent of 36 of the 120 seats in the Knesset, the Israeli parliament. With this result, Likud will become the leading party, but the right-wing bloc which supports the prime minister, formed along with Orthodox religious parties, was two seats short of reaching a majority. Likud spokesman Jonathan Urich declared it will take “some days” to form a coalition, and that the party has already begun talks with possible deserters from outside the right-wing bloc.