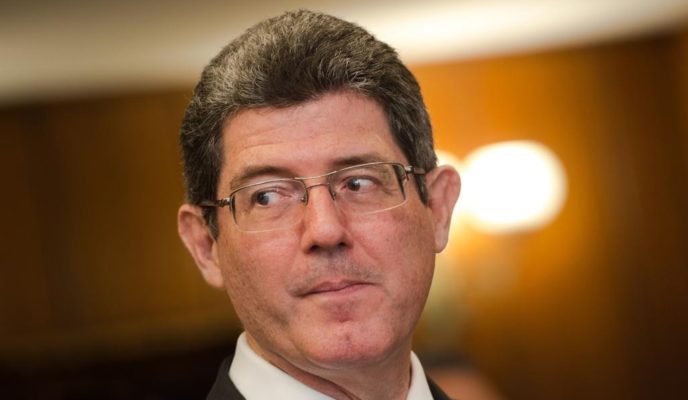 Joaquim Levy, former Minister of Finance of the impeached president Dilma Rousseff, will be back in Brasília. He has accepted Paulo Guedes’s invitation to become the new president of the BNDES, the Brazilian Development Bank. His foremost task will be to open up the bank’s black box, supposedly full of dirty secrets and potential corruption scandals. Speaking of scandals, former president Lula will have to return R$20 million to the Treasury. The money was used in his rejected campaign. Also scandalous is Daniel Corrêa’s murder. New developments detail what really occurred on that fateful day. In the meantime, the world mourns comics genius Stan Lee’s death at ninety-five. In China, a whole five-story building was spotted cruising along the Yangtze River.

Guess who’s back? Joaquim Levy. Dilma Rousseff’s former Minister of Finance will be part of Bolsonaro’s administration, thanks to an invite by the future Minister of Finance, Paulo Guedes. Levy will be the president of BNDES (Brazilian Development Bank). One of his first tasks at the new job will be to reveal what’s inside the bank’s so-called black box, presumably full of dirty secrets from both Lula’s and Dilma’s eras.

Former president Lula, currently in jail, will have to return R$20 million to the Treasury. According to the TSE, the former president’s campaign illegally used money from the Public Electoral Fund before having his candidacy rejected. Lula is not alone. More than a thousand other candidates will have to return R$38.7 million. The data was collected by the NGO Movimento Transparência Partidária [Transparency of Party Funding Movement], based on information provided by the TSE.

New developments in the investigation of the soccer player Daniel Corrêa’s murder show that, initially, Edison Brittes’s intention was “only” to emasculate the victim. That’s what one of the main witnesses, Eduardo Henrique da Silva, said to the police. According to him, Corrêa was beaten for flirting with Edison’s wife and dragged to a secluded area. There, the murderer saw photos of the player and his wife and decided to kill him by slicing his throat.

Stan Lee, writer, editor, Marvel’s executive, and the creator of iconic characters such as Spider-Man, Iron Man, the Fantastic Four, and the X-Men, died yesterday at ninety-five. Along with important partners, he created a whole universe cherished by millions. An iconic character himself, Lee was one of the most influential figures in pop culture. With his first adaptations for the big screen, Lee’s creations reached even larger audiences. He died of pneumonia at Cedars-Sinai hospital.

In China, the astonishing view of a building sailing along the Yangtze River

Chinese people in Chongqing Municipality, southwest China, spotted a five-story building cruising along the mighty Yangtze River last week. In fact, the building was a traditional floating restaurant that, due to changes in the city’s policies, had to be relocated to another area. Unable to propel itself, the restaurant was pushed forward by boats to its new location, a few kilometers upriver.