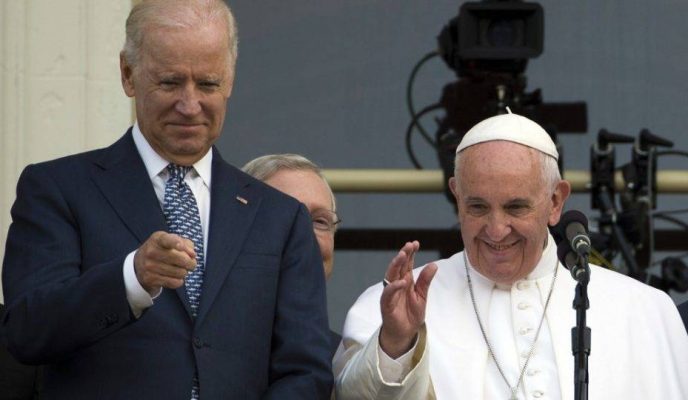 Both Pope Francis and the Chinese government have congratulated United States president-elect Joe Biden on his victory in last week’s election. Pope Francis offered his “blessings and congratulations” to Biden, who will be the second Catholic to become president of the USA in the country’s history, while the Chinese government broke the silence in order to offer their belated salutations to the new mandatary, leaving Russia, and Mexico and Brazil as the only major countries that still haven’t recognized him as the new leader of the North American nation. Meanwhile, US authorities have officially denied any evidence of fraud in the electoral process, in an apparent answer to recent accusations of irregularities made by current president Donald Trump. Brazilian Army Commander, general Edson Leal Pujol, has expressed his desire to leave the country’s armed forces outside of the political sphere, after recent statements made by president Jair Bolsonaro in which he implied the use of gunpowder “when saliva runs out”, while commenting president-elect Biden’s opinions on Brazil’s environmental policies. The Brazilian Federal Police will investigate the recent power blackout which has left the northern state of Amapá for 11 days without electricity; both president Bolsonaro and Senate president Davi Alcolumbre have implied that political motivations may lie behind the incident. Finally, a COVID-19 vaccine being developed by the Oswaldo Cruz Foundation may be tested in humans in 2021 and, if approved, could be available for the general population by 2022.

Yesterday, Pope Francis spoke to United States president-elect Joe Biden over the phone and wished him “blessings and congratulations” on the results obtained in this year’s election. 77-year-old Biden will be the second Catholic to occupy the office of president of the country; the first one was John F. Kennedy, in the 1960s. Biden speaks openly about his faith, and attends weekly masses in Wilmington, Delaware, where he lives. Biden thanked the Pope and said he would like to work together with him “on issues such as caring for the marginalized and the poor, addressing the crisis of climate change and welcoming and integrating immigrants and refugees into our communities.” The Chinese government also broke its silence and issued a statement saluting Biden and vice-president-elect Kamala Harris for their victory. Brazil, Russia and Mexico are the only major world governments maintaining silence regarding the new US president’s election.

US authorities deny any evidence of fraud in presidential elections

The United States Department of State’s Cybersecurity and Infrastructure Security Agency, responsible for helping each state to protect its voting process, stated yesterday that they have no evidence that votes were compromised or altered in last week’s presidential election. According to the agency’s director, Chris Krebs, “while we know there are many unfounded claims and opportunities for misinformation about the process of our elections, we can assure you we have the utmost confidence in the security and integrity of our elections, and you should too.” The statement came after current president Donald Trump made several statements questioning the integrity of the electoral process, and recent rumors that Krebs himself was expected to be fired by Trump at any moment.

General Edson Leal Pujol, Brazil’s Army Commander, said during a live broadcast held on Thursday that the military does not want to take part in politics, nor allow it to “enter” the barracks. The commander was speaking during an event for the Institute for the Reformation of Relations between State and Companies. “We don’t want to be a part of governmental or congressional politics, and we especially don’t want politics to enter our barracks. (…) The fact that members of the military have joined the government was a decision made exclusively by the executive branch administration,” said Pujol. During the same event, the general said the Brazilian Army is “one of the smallest in the world”.  The remark was seen as a reaction to president Jair Bolsonaro’s latest bravado, when he discussed US president-elect Joe Biden’s remarks on Brazil’s environmental policies by stating that “when saliva runs out, one must have gunpowder.”

After a power outage in the Brazilian northern state of Amapá which has already lasted for 11 days, Senate president Davi Alcolumbre, himself a native of the state, has decided to ask the country’s Federal Police and the Federal Prosecution Office to investigate the fire at a power supply substation in the state capital, Macapá, which allegedly caused the blackout. “Criminal factions have joined political factions in order to destabilize the city, create terror, and wreak havoc in the upcoming elections,” said the senator. His request came after the decision of the president of the Electoral Superior Court, justice Luís Roberto Barroso, to postpone local elections in the city. The head of the Brazilian Electricity Regulatory Agency, André Pepitone, said this week that the organ will conduct a rigorous inquiry on the matter. Yesterday, during his weekly live social media broadcast, president Jair Bolsonaro suggested that the incident may have a political motivation.

Brazilian COVID-19 vaccine may be tested in humans in 2021

In the race for vaccines against the novel coronavirus, Brazilian institutions have also been striving to develop immunizing agents, even though they are still at the initial stages. The Oswaldo Cruz Foundation Immunobiological Technology Institute, Biomanguinhos-Fiocruz, is currently developing two alternatives that may be ready to be tested in humans next year. If their results are positive, at least one of them could be made available for the general population by 2022. According to the institute’s Technological Development vice-director, Sotiris Missailidis, “these two approaches we have been adopting will not compete with the production lines we are currently using for the AstraZeneca [vaccine]. So, potentially, we could offer both at the same time, which would offer us national security,” he explained. So far, Fiocruz’s vaccines have been approved in trials conducted with animals, and showed positive immune responses without harming the tested individuals’ health.