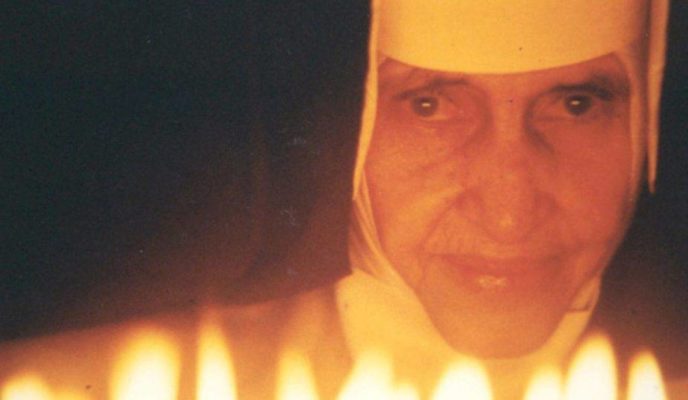 Pope Francis will hold the canonization of Brazilian nun Sister Dulce on Sunday, at the Vatican, during the Amazon Synod. The Nobel Peace Prize has been awarded to Ethiopian prime minister Abiy Ahmed, for his efforts in bringing democracy to his country and in the peace talks between his country and neighboring Eritrea. In Iran, for the first time in decades since a hardline Islamic government seized power in the country, women were allowed to watch soccer matches in a stadium, during a World Cup qualifying match between Iran and Cambodia in which the home team won by 14 goals to nil. Former president Michel Temer’s presidential corporate card expenses have surfaced, following the recent leaks involving extravagant spendings by his predecessors, Luiz Inácio Lula da Silva and Dilma Rousseff. Finally, the Brazilian Navy has announced it is obtaining funds for its most expensive military technology program ever, aiming to build four conventional submarines and a nuclear-propelled one.

Pope Francis will canonize Bahia-born Sister Dulce on Sunday, during the Amazon Synod, which is being held between October 6th and 27th in the Vatican. Saint Dulce of the Poor, as she will be officially known, died in 1992 at the age of 77. According to Archbishop of Salvador and Primate of Brazil, Murilo Krieger, 30 bishops will attend the event, besides all other 58 already taking part in the Synod, along with 100 other priests. Seven Brazilian senators and twelve congressmen will also travel to Rome to attend the ceremony, including the presidents of both Houses of Congress, Rodrigo Maia and Davi Alcolumbre, as well as former Brazilian president José Sarney, Federal Attorney General Augusto Aras, and vice-president Hamilton Mourão.

The prime minister of Ethiopia, Abiy Ahmed, has won the Nobel Peace Prize today “for his efforts to achieve peace and international cooperation, and in particular for his decisive initiative to resolve the border conflict with neighboring Eritrea,” said Berit Reiss-Andersen, president of the Norwegian Nobel Committee, the organ responsible for choosing the recipient of the award. The 43-year-old ex-intelligence officer inaugurated a new era of hope and freedom in Africa’s second most populous country, which has been governed by authoritarian regimes for a long time and faced a military standoff with Eritrea that lasted for 20 years.

For the first time in decades, Iranian women are allowed to watch a soccer match in a stadium

On Thursday, around four thousand Iranian women, carrying green, white and red national flags and taking selfies, watched their national soccer team’s 14-0 victory over Cambodia at the Azadi Stadium in Tehran, in a qualifying match for the 2022 World Cup in Qatar. For the first time since 1981 women were allowed inside a soccer stadium, in a historic event ever since a decree banned all female presence in the country’s stadiums; the hardline Islamic government was forced to back down after a recent FIFA decision threatened to suspend the country from all its tournaments. The female supporters were placed in a separate area and surrounded by women police officers.

A few days after ex-presidents Lula and Dilma’s extravagant expenses on their presidential corporate cards surfaced, now Dilma’s former vice-president and her successor after the impeachment process, Michel Temer, has had his spendings scrutinized by the media. Under the cloak of secrecy, Temer used his card to pay for lunches and dinners at the Alvorada Palace for up to 200 guests, including sophisticated items of food and beverages; bottles of wine worth R$ 270 were among his favorites. Some of these events had the intention of seeking approval for the social security reform and the rejection of criminal prosecutions against the then-president.

The Brazilian Navy hopes to obtain additional resources for its Submarine Development Program (Prosub) amidst a scenario of widespread budget cuts in the federal government. At a total cost of R$ 35 billion, Prosub is the most expensive military technology development program in absolute numbers. The goal of the project is to build four conventional submarines and a nuclear-propelled one, as well as a submarine base in Itaguaí, Rio de Janeiro. On Friday, president Jair Bolsonaro will attend a ceremony marking the final stage of the construction of the ship.