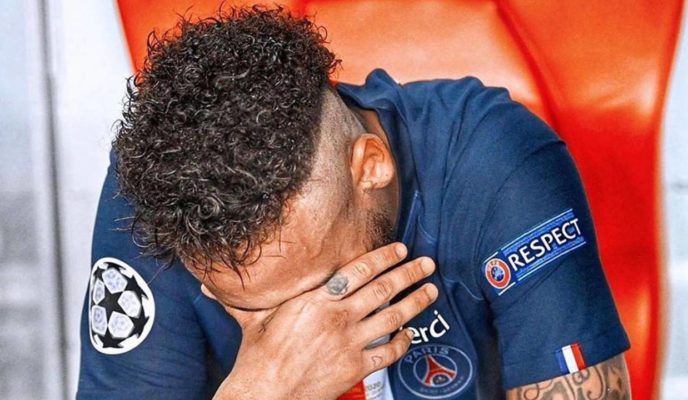 French soccer club Paris Saint-Germain confirmed today that three of its athletes have tested positive for the novel coronavirus; according to sports newspaper L’Équipe, one of them is Brazilian superstar Neymar. It has been discovered that public funds have been used to pay a salary to former Brazilian president Dilma Rousseff by the Workers’ Party, as well as a documentary registering the campaign to release her predecessor in office, Luiz Inácio Lula da Silva, from prison. The Brazilian state of Bahia has registered an earthquake for the third straight day; there were no reports of damages or casualties. The government of China is enforcing an especially severe lockdown on inhabitants of the easternmost region of Xinjiang, and forcing them to take unproven medications of the country’s traditional medicine in order to prevent and treat COVID-19. Finally, German authorities have confirmed that Alexei Navalny, one of most vocal political opponents of Russian president Vladimir Putin, has been poisoned with Novichok, a neurotoxic agent developed by the Soviet Union.

PSG confirms three athletes with coronavirus; one of them is Neymar

The directing board of French soccer club Paris Saint-Germain confirmed today that three of their athletes tested positive for the novel coronavirus, after tests made this week to detect COVID-19 cases. The names of the players have not been disclosed; however, according to French sports newspaper L’Équipe, one of them is Brazilian star Neymar, who allegedly has been infected while vacationing in Ibiza. The newspaper added that the forward is already in quarantine, and should remain in isolation for at least one week. The article also names the other two players, who also spent time on the Spanish island: Argentinians Leandro Paredes and Ángel di Maria.

Money from the Party Fund, a category of public financing towards Brazil’s political parties, has been used in payments for former Workers’ Party treasurer, João Vaccari Neto, convicted and arrested by the Federal Police’s Operation Car Wash, an R$ 18.3 thousand monthly salary for former president Dilma Rousseff, as well as a documentary about the “Free Lula” festival, held in Recife in November to defend the release of former president Luiz Inácio Lula da Silva, also arrested by Operation Car Wash. Despite not being technically forbidden by law, several congressmen and experts in Election Law believe such payments could be considered a deviation of purpose.

Three new earthquakes were registered on Tuesday in the Brazilian state of Bahia, according to the Seismographic Laboratory of the Federal University of Rio Grande do Norte. The tremors, which ranged in magnitude from 1.8 and 2.24 on the Richter scale, were felt in the city of Amargosa, Santo Antônio de Jesus and São Miguel das Matas. There were, however, no reports of casualties, nor any major damages – unlike the 4.6-magnitude earthquake registered in the state on Sunday, which cracked walls, damaged roof tiles and supermarket shelves.

The government of China is forcing some residents of the easternmost province of Xinjiang to adopt treatments of the Chinese traditional medicine in order to fight the novel coronavirus, even though such medications have not been scientifically proven as effective against COVID-19, according to a report issued by the Associated Press this week. Xinjiang has been in lockdown for 45 days, after a surge of 800 new infection cases. However, some of the measures imposed on the province have been seen as considerably more draconian than those in the rest of the country. The drug is being distributed to the local population in white flasks, and its composition has not been disclosed, and even people who are not infected are being forced to take it.

Putin opponent poisoned with Novichok, according to German authorities

German authorities informed today that Alexei Navalny, the most prominent critic of Russia’s president Vladimir Putin, has been poisoned with Novichok, the same neurotoxic agent used on Russian former spy Sergei Skripal in 2018. Navalny was admitted into a Berlin hospital after feeling sick during a flight from Siberia to Moscow, two weeks ago. The hospital center had already confirmed the politician had been poisoned, and detected today the precise substance in Navalny’s organism. Novichok was developed by the Soviet Union during the 1970s and 1980s, and causes the involuntary contraction of all muscles, leading to a cardiorespiratory failure.