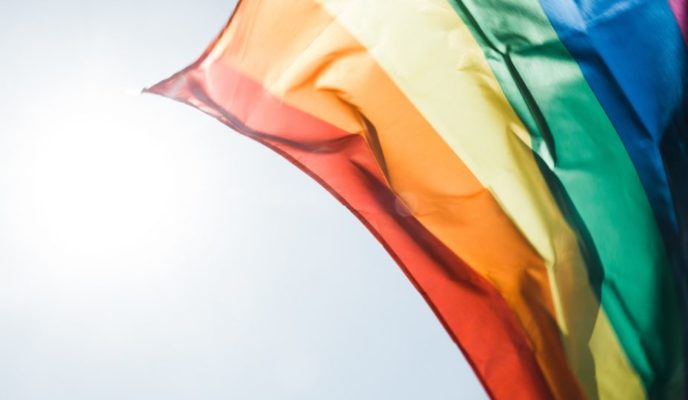 The debate on racial and income quotas has been left behind: the new battlefront in the Brazilian public universities is the reservation of university places according to gender identity

The debate on racial and income quotas has been left behind: the new battlefront in the Brazilian public universities is the reservation of university places according to gender identity. At least six public learning institutions have adopted such policies in the last year. The quotas, which are not imposed by law, have been questioned by jurists. Among other reasons, they claim these quotas are challenging the meritorious equality of access, guaranteed by the Constitution.

The system in which these places are reserved vary. At UFABC, for instance, 1.5 percent of places are destined for transgender people. The measure is valid for undergraduate courses. The resolution discussing the issue was approved with no objections by the institution’s university council last October. At UEMS, the reservation of places for these groups (5 percent) will only be done in post-graduation courses, and it is not mandatory – each course will decide whether to adopt the system or not.

The central argument is that these populations need to have easier access to higher education as a way to compensate for the prejudice they suffered, and to encourage what is called “visibility”.

The reservation of places for these groups, however, has the potential to create quarrels in the judiciary branch. In April 2012, the Federal Supreme Court ruled as constitutional the creation of racial quotas by universities. But the decision does not necessarily apply to other types of quotas. In August 2012, then-president Dilma Rousseff sanctioned a law which guaranteed 50 percent of places in federal universities to black, indigenous, handicapped, low-income and public school students. The text of the resolution did not mention gender identity.

Jurists interviewed by Gazeta do Povo have seen a problem with these new quotas. First of all, because handing university places for transvestites, transsexuals, and transgender people – or communities such as gypsies, as UNEB does – seem to be arbitrary criteria, since these groups have never been prevented by the state to have access to education. And if the criteria are providing reparation to groups targeted by prejudice, why are gays, lesbians, and bisexuals, much more numerous, being excluded? Why should gypsies be entitled to quotas, but not other immigrant groups?

The distribution of such privileges goes against the isonomy principle established by the fifth article of the Constitution, says Law professor Glauco Barreira, from the Federal University of Ceará. “Universities should understand that their mission is not to provide social assistance to a person with low self-esteem, but to prepare the best professionals, because these professionals will serve society,” he says.

Article 208 of the Constitution, which rules on the access to education, establishes that the state must offer free education to all citizens from the ages of 4 to 17. When it comes to higher education, however, there are different criteria. The Constitution says that the state must provide “access to the higher levels of education, research, and artistic creation, according to each individual’s capabilities.” The quotas, according to professor Barreira, violate these criteria.

Antonio Jorge Pereira Júnior, a professor at the University of Fortaleza with a doctor’s degree in Law from the University of São Paulo, adds that article 211 of the Constitution mentions the “equalization of educational opportunities” as a criterion to be adopted by the state. “The Constitution stipulates the equality of access. What they are doing is social reengineering, and without any criteria,” he says.

Glauco Barreira also reminds that the Universal Declaration of Human Rights, of which Brazil is a signatory, treats higher education differently. According to the text, elementary school is “mandatory”; technical and professional education, “generalized”. Access to higher education, however, “must be open to all in full equality, due to each individual’s merit.”

In the case of transgender people, there is another problem; how to measure those who are entitled to the quotas is something impossible to be determined. A transgender is, by definition, someone who identifies him or herself as belonging to a gender which is opposite to his or her biological one. No surgery or official document change is necessary to be accepted by these learning educations, according to a decision by the Federal Supreme Court.

Therefore, what would prevent a candidate to the popular Medicine course declared him or herself transgender just to increase the odds to get accepted? There is no way of proving he or she is not actually a transgender. “How many people would not be willing to assume a temporary simulation just to get into a university?”, questions Glauco Barreira.

The frailty of the new quotas provoked a reaction from the courts in at least one case, in the Federal University of Rio de Janeiro (UFRJ). The institution destined for transvestites or transsexuals two of the 25 places in the Master’s Degree of its Human Rights Public Policies Program, in a public announcement published last year.

A citizen suit filed by Evangelical preacher Tupirani da Hora Lopes questioned the criteria. The university claimed it wanted to “build an academic environment characterized by material equality and the promotion of diversity in the construction of critical knowledge.”

But federal judge Antonio Henrique Correa da Silva saw the measure as exaggerated and suspended the decision. Among other problems, he pointed out that, with these new quotas, less than half of all places in the university would be destined to the general students. “The disproportionality resulting from this aspect makes it evident a possible compromising of the public aspect of the selection, extrapolating its goal of promoting the equalization of educational opportunities and emptying the universal criterion of access to the higher levels of education according to each individual’s abilities,” he argued.

In its appellate decision, appellate judge Marcelo Pereira da Silva seconded the decision, arguing that “the maintenance of the preliminary decision is based on the fact that the appellant party did not point out any legal diploma capable of providing a foundation for the reservation of university places for transvestite or transsexual people.”

Getúlio Vargas Foundation Law professor Thiago Amparo says that, due to university autonomy, quotas for transsexuals are legal, even though there are no laws regulating them. André Uliano, from Instituto Politeia, however, ponders that the institution’s autonomy is not sovereign. “If the courts rule there was any illegality or unconstitutionality in a specific quota system, that does not go against their autonomy, but merely keeps them within their constitutional and legal boundaries,” says Uliano.

Amparo agrees that some cases may end up in the courts. “That may become a legal problem, depending on the percentage of places being discussed,” he says.

To try to escape the problem UFRJ is going through, UNEB invented a curious system: it created the institution of the “overplace”. If there are officially 100 places available for a course, for instance, there will be five others for gypsies, five for quilombo inhabitants, five for handicapped or autistic people, and, in the end, five for transvestites, transsexuals and transgender people. The problem is: the so-called “overplaces” are places just like all others. In the example mentioned previously, the total would amount to 120 people selected, of which 70 (or 58.3 percent) entered through quotas.

Antonio Jorge says these new quotas have been implemented according to ideological criteria. “The law should encourage and favor that which is necessary for the common good. Then it must tolerate and respect that which is not against the common good. And then prohibit and persecute that which goes against it. Those who defend equalitarian causes have tried to remove from the public debate the line of tolerance and respect. For them, those who do not promote are persecuting.”