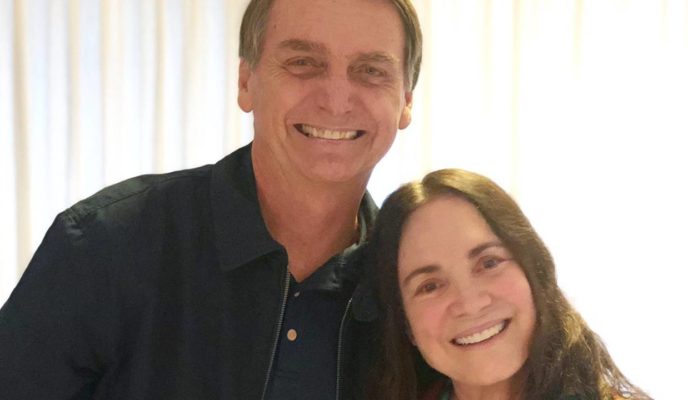 Today, Brazilian president Jair Bolsonaro met famous actress Regina Duarte, who he had invited to occupy the country’s top Culture position; she accepted to undergo a ‘trial period’. Rio de Janeiro governor Wilson Witzel said in an interview that the current water crisis affecting his state is the product of sabotage by people who oppose the privatization of local water utility company Cedae. Thirty prison guards and the warden have been arrested after a mass escape in a Paraguay penitentiary; a Brazilian drug cartel is suspected of having masterminded the prison break, and Justice minister Sergio Moro is cooperating with Paraguayan authorities in the search efforts. The Brazilian Bar Association denounced a health crisis in a Roraima penitentiary, in which inmates are having parts of their bodies eaten away by an unknown bacteria. Finally, in an interview with The Washington Post, Venezuelan dictator Nicolás Maduro declared himself ready for direct talks with the United States.

Brazilian president Jair Bolsonaro is in Rio de Janeiro today, where he met actress Regina Duarte, invited to head the Culture sector in the federal government after the recent dismissal of Roberto Alvim. Bolsonaro is contemplating the recreation of the Ministry of Culture, since he believes her name is too strong to be restricted to a mere secretariat subordinated to the Ministry of Tourism. The actress agreed to undergo a ‘trial period’ in the position. Bolsonaro refused to talk to journalists as he left the Alvorada Palace today, in response to recent accusations made by the Brazilian Press Association of “harassing the press”.

Rio de Janeiro governor Wilson Witzel called the water crisis affecting his state an act of “sabotage”. According to Witzel, the intention of the act would be to “stain” the image of state-owned water utility company Cedae before its privatization auction. In 2017, the company’s privatization was a requirement for the acceptance of the state into the federal government Tax Recovery Regime. “I suspect there has been sabotage, precisely to stain the efficient management currently being done at Cedae to prepare it for the auction,” he said. Since early this year, water coming from taps throughout the state has been looking brackish and smelling bad.

After the mass escape of 75 inmates from the Pedro Juan Caballero penitentiary, in Paraguay, 30 correctional officers and the facility’s director were arrested on Sunday, according to the country’s Justice minister, Cecilia Pérez. They will attend court on Monday on suspicion of aiding and abetting the prison break. Among the fugitives are several members of Brazil’s top drug cartel, First Capital Command, suspected of being behind the escape plan. Brazilian Justice minister Sergio Moro already has the list of the escapees, and said Brazil is cooperating with Paraguay in the search efforts.

More than 20 inmates from the Monte Cristo Agricultural Penitentiary, in Roraima, northern Brazil, have shown symptoms of paralysis in their legs and advanced decomposition in their skin, caused by a yet unknown disease. The case has been reported by the Brazilian Bar Association, OAB, to the State Justice Court and the State Attorney General. A picture of an inmate who was admitted at the Roraima General Hospital showing parts of his body deformed and eaten away by the bacteria began to spread through social media, and the OAB Human Rights Commission began their investigations in the penitentiary.

Maduro says he is ready for direct talks with the U.S.

Venezuelan president Nicolás Maduro claimed in an interview with The Washington Post he is a “survivor” of the struggle by his country’s opposition and their allies in Washington to unseat him, but said he is still comfortable in power and is now open to direct negotiations with the United States. This is the first interview by Maduro with a major American media outlet since February 2019, when he expelled all Univisión journalists from Venezuela. “If there’s respect between governments, no matter how big the United States is, and if there’s a dialogue, an exchange of truthful information, then be sure we can create a new type of relationship,” he said.