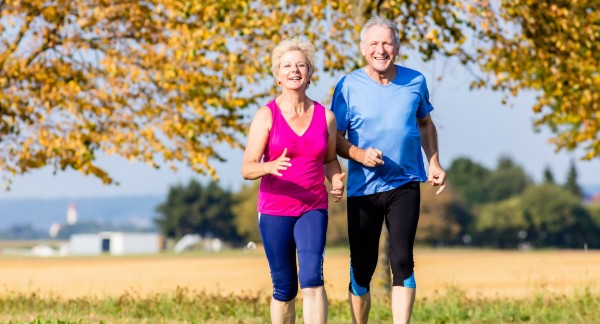 The suspicion that physical activities may protect the brain against Alzheimer’s has just gained a new strong scientific backing. A work led by Brazilian researchers revealed that a protein released after physical exercises acts on the brain, protecting the neurons and facilitating the communication between them, which is beneficial for the memory – usually the first thing to be affected by the disease.

The results, published on Monday (7) by Nature Medicine, were obtained only in mice, but opened a door for a new line of investigation regarding therapy in humans. The researchers, led by neuroscientist Sergio Ferreira, of Rio de Janeiro Federal University, found out that the irisin hormone, released by muscles after physical exercises – already known for its effect over other organs – reaches the brain. But they also found out that the brain itself produces the substance when animals exercise.

In the study, mice who were genetically modified to develop a condition similar to Alzheimer’s were subjected to one hour of swimming exercises per day, for five weeks, or received doses of laboratory-manipulated irisin. “Animals with the disease model have no memory, are unable to learn tasks. With the treatment, that returns. They became indistinguishable from normal animals. We observed in 100 percent of them that irisin not only is good for the memory, but it also avoids degeneration in the neurons of mice – it has a neuroprotective effect, strengthening the synapses. In other words, it allows the brain to work,” said Ferreira.

In another stage of the research, the group, which had the collaboration of U.S. and Canadian scientists, observed a reduced amount of irisin in the brain and the liquor of human patients with Alzheimer’s, when compared to healthy patients. The same deficiency was observed among mice with the disease model studied.

That doesn’t mean, however, that the treatment tested on animals will have the same effect on humans, the researcher ponders. Based on the researches, it is not possible yet to establish, for instance, the amount or intensity of physical activity necessary to produce enough irisin to have protective levels in the brain.

“There are many things in science which work on mice but do not work on human beings. We don’t know if irisin has the same role on our brains. The protein had never been studied on the brain before this work,” says Ferreira. “But what our study suggests is that, in the future, if the benefits produced by irisin can be observed among humans, it could be adopted in some sort of hormonal replacement therapy, just as insulin is done with people who suffer from diabetes,” he says. For the researcher, since the disease affects mainly older people, physical activities could serve as prevention, but not as a treatment.

“It is a work that also reveals how strategic it is to invest in this type of research, especially in Brazil, where the population is aging quickly,” Ferreira defends. “Elderly people are more numerous and getting more and more old. There are already more than one million people with Alzheimer’s in the country, and that number may triple in the next years. If we don’t adopt very clear policies, the country will suffer a hard blow, not only a family and social one, but also an economic one,” he adds.