Fale a língua do mundo. Faça Wise Up.
Fri 09 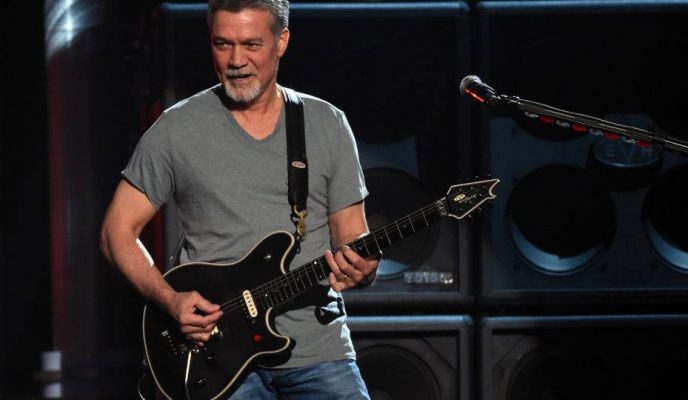 Legendary rock guitar player Eddie van Halen has died at the age of 65 at a California hospital, after a decade-long battle with throat cancer. Prosecutors who have been working at the Brazilian Federal Police’s Operation Car Wash, a countrywide taskforce responsible for arresting several politicians and businessmen for corruption schemes, have condemned president Jair Bolsonaro’s claim that he was putting an end to the operation since there was no longer corruption in the government. A helicopter with members of Brazil’s National Force deployed to fight the fires which have been destroying the Pantanal region of Center-West Brazil has crashed, injuring all three crew members. A 39-year-old man running for the office of mayor in a city in the northern Brazilian state of Pará has been shot dead; local police officers are still investigating the motivations behind the murder. Finally, the FBI and state authorities of the US state of Michigan have informed that a plot to kidnap the local state governor, Gretchen Whitmer, has been thwarted; several people have been arrested in connection with the case.

Eddie van Halen, one of the most influential guitarists in the history of pop music, died on Tuesday at the age of 65, at a hospital in Santa Monica, California, after a decade-long struggle with throat cancer. His son, Wolf van Halen, announced his demise on Twitter, saying “he was the best father I could ever ask for,” and “every moment I’ve shared with him on and off stage was a gift”. Along with his brother, drummer Alex van Halen, bassist Michael Anthony, and lead singer David Lee Roth, van Halen reached worldwide fame with the band which carried his name, and became one of the leading guitar players of his time, whose flamboyant and virtuoso style influenced generations to come.

Prosecutors who have been acting in Operation Car Wash, a taskforce set up by the Brazilian Federal Police, expressed yesterday their discontent with the recent claims made by president Jair Bolsonaro saying he had “put an end” to the operation since there was “no longer” any corruption in the federal government. Members of the taskforce issued a statement saying that the president showed “a lack of knowledge concerning the works currently being done, and the need for their continuity,” and that his declaration “reinforces the perception of a lack of an effective commitment with the strengthening of the mechanisms destined to fight corruption.” Earlier, without specifically mentioning Bolsonaro, former Justice minister and judge Sergio Moro stated that “the attempt of putting an end to Operation Car Wash meant the return of corruption”.

Yesterday, a helicopter manned by members of Brazil’s National Force crashed near the city of Poconé, in the state of Mato Grosso. According to the Ministry of Justice and Public Safety, all three crew members have been rescued alive and were taken to the nearby city of Porto Jofre, where they are being treated for their injuries. The aircraft, commonly known as a “Squirrel” model, had taken off from Corumbá, in the neighboring state of Mato Grosso do Sul, in order to fight the forest fires which have been ravaging the local landscape. The causes of the accident are yet to be determined; the Aeronautical Accident Investigation and Prevention Center, CENIPA, will investigate the incident.

Adriano Sousa Magalhães, who was running as the Solidariedade party candidate for mayor of Dom Eliseu, in the northern Brazilian state of Pará, was shot dead on Wednesday as he dined at a food stall in the city center. The police are investigating the case, but so far there are no leads concerning the suspects, nor any indications about possible motivations for the crime. According to witnesses, a car stopped and men fired several shots from inside the vehicle. 39-year-old Magalhães was a lawyer, born in Piauí, who had been working as a secretary for the current mayor of Dom Eliseu and decided to try his luck as a candidate in this year’s municipal election. His party issued a statement claiming his death was “a huge blow to democracy, which unfortunately still happens in our country, due to the greed for power”, and expressed the hope that the authorities would fully investigate and punish all those responsible for the crime.

Authorities in the American state of Michigan informed yesterday that the FBI thwarted a plot hatched by an anti-government militia to kidnap state governor Gretchen Whitmer, storm the local State Capitol and “instigate a civil war”. Whitmer has become the target of radical right-wing groups ever since she enacted stricter measures in an attempt to prevent the spread of the novel coronavirus in the state – measures which they claimed violated the US Constitution, and were overturned by a judge last week. Six men who planned to hold a “treason trial” for her have been arrested, as well as seven others who were planning to attack state police officers. “Hatred, bigotry and violence have no place” in Michigan, said Whitmer, calling the accused “depraved”.