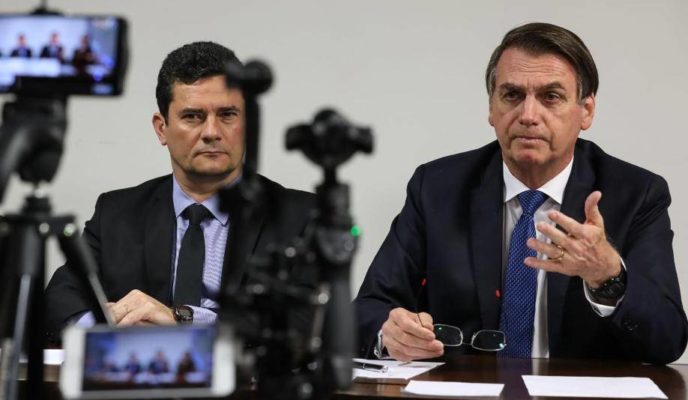 The Brazilian press has disclosed president Jair Bolsonaro’s plans of dismembering the so-called “superministry” of Justice and Public Safety, currently headed by Sergio Moro, raising suspicions that the judge who became nationwide famous for his Operation Car Wash sentences could leave the government; president Jair Bolsonaro, however, ruled out any changes. On an official trip to India, Bolsonaro declared his intentions of trying to export more ethanol to the Asian giant. The World Health Organization released a statement in which is declared the recent outbreak of coronavirus affecting several Chinese cities and some foreign travelers cannot yet be considered a global emergency. Actress Regina Duarte, invited by president Bolsonaro to head Brazil’s cultural sector and currently undergoing what she described as a ‘trial period’, has picked an Evangelical reverend to be her second-in-command. Finally, the United States Department of State has announced a crackdown on the issuing of visas to pregnant women who try to go to that country shortly before giving birth, in order to automatically obtain American citizenship for their child.

According to newspaper O Globo, Brazilian president Jair Bolsonaro’s plans of breaking up the Ministry of Justice and Public Safety would cause the resignation of its current chief official, former judge Sergio Moro. The creation of a “superministry” was an unnegotiable requirement for Moro to accept a position in Bolsonaro’s cabinet, in order to push forward his organized crime and corruption-fighting agenda. Today, however, Bolsonaro, currently on a trip to India, ruled out any changes and said that “the chance of this happening is, at the moment, zero.”

In his last recorded weekly internet broadcast before traveling to India, to attend that country’s Republic Day ceremony, Brazilian president Jair Bolsonaro said that “Brazil has a great interest in seeing India using more ethanol for their fuel needs.” According to Bolsonaro, fuel currently being sold in India has only seven percent of ethanol in its composition, as opposed to Brazil’s 27 percent. The Brazilian president also expressed his wishes of increasing exports to the Asian country.

The recent outbreak of a lethal coronavirus strain which originated in the Chinese city of Wuhan has not been classified as a global emergency by the World Health Organization, despite the danger posed by the spread of the severe respiratory infection caused by the virus from Chinese travelers to the rest of the world. Even though over 800 cases have already been reported, Dr. Tedros Adhanom Ghebreyesus, WHO’s director-general, claimed in a news conference in Geneva, Switzerland, that “this is an emergency in China, but it has not yet become a global health emergency. It may yet become one.”

Even though she hasn’t been officially announced as Jair Bolsonaro’s definitive choice to head the Culture sector in Brazil’s government, actress Regina Duarte announced yesterday Evangelical reverend Jane Silva as her “second-in-command”. Duarte accepted to undergo a trial period as head of Special Culture Secretary. Silva was previously in charge of the government department of cultural diversity.

United States authorities have announced measures which will make it more difficult for pregnant women to obtain visas to visit the country, in order to curb what has been described as “birth tourism” – women who travel to the U.S. shortly before having their babies, so they can be born on American soil and thus, according to the local legislation, automatically obtain local citizenship. According to the U.S. State Department, women who are suspected of trying to travel to the United States with the sole intention of having their child there will be denied a visa. They did not disclose how the country’s authorities will determine whether a woman is pregnant or if they intend to have a child on American territory.