Fale a língua do mundo. Faça Wise Up.
Tue 14 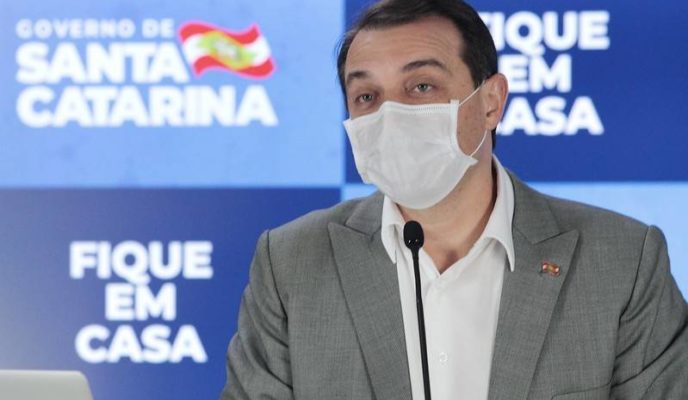 The Brazilian state of Santa Catarina has issued a new set of measures extending social distancing guidelines for another 14 days in order to try to curb the spread of the novel coronavirus. Brazilian president Jair Bolsonaro has scheduled a new COVID-19 test today, after testing positive for it last week. Grant Imahara, a special effects expert who co-hosted the successful ‘MythBusters’ show on the Discovery Channel, has died at the age of 49; the cause of death is suspected to be a brain aneurysm. The United States carried out its first federal execution in 17 years; Daniel Lewis Lee, who had received the death penalty for torturing and murdering a family in 1996, was given a lethal injection after a long battle in the courts. Finally, Christians in the former British colony of Hong Kong are fearing religious persecution, after the new national security law recently imposed by the Chinese central government on the semi-autonomous city.

Yesterday, the governor of the Brazilian state of Santa Catarina, Carlos Moisés, issued a new set of measures to promote social distancing and try to curb the spread of the novel coronavirus in the state. According to the decree, for 14 days all public events which require some form of crowd control will be banned, among them sporting matches, movie theaters, and nightclubs. According to Moisés, the measures aim at flattening the contagion curve to avoid a collapse of the state’s public health system, since 71.7 percent of ICU beds are currently occupied. The governor himself recently tested positive for COVID-19.

Brazilian president Jair Bolsonaro said he will take a new COVID-19 test today, to find out whether he is still infected with the novel coronavirus. Bolsonaro tested positive a week ago, and told CNN Brasil during an interview that if his test results come out negative, he plans on resuming his regular work schedule. Since last Tuesday, he has been working remotely from his official residence at the Alvorada Palace, making videoconference calls. The president claims he is no longer feeling the symptoms which caused him to take the test in the first place.

Electrical engineer Grant Imahara, a special effects wizard in Hollywood movies and one of the hosts of Discovery Channel’s pop science show “MythBusters”, has died at the age of 49. According to a statement issued by the Discovery Communications Group, the cause of death was believed to be a brain aneurysm. Treated by the movie industry as an “electronic genius”, a reputation acquired by his work at Industrial Light & Magic, the special effects company founded by George Lucas, he was behind the cameras in several blockbusters, such as “Terminator 3”, “The Lost World: Jurassic Park”, the “Matrix” series, as well as the “Star Wars” saga, in which he operated the movements of the droid R2-D2 in some of its installments.

US carries out first federal execution in 17 years

Daniel Lewis Lee, sentenced to death for torturing and murdering a family in 1996, was executed in Terre Haute, Indiana, early this morning, in what has been the first execution under federal jurisdiction in the United States in 17 years. Lee was supposed to have received the lethal injection in December last year; a series of decisions by US courts have postponed his death since. Opponents to the procedure claim that the drug used, pentobarbital, violates the convicts’ right not to have a cruel death, since it “causes feelings of drowning and asphyxiation.” On Monday, however the US Supreme Court rejected a last-minute appeal and authorized the Department of Justice to carry out the sentence.

Christians in Hong Kong are fearing reprisals from the Communist Party of China, after the Standing Committee of the National People’s Congress approved a new national security law for the semi-autonomous city, encroaching on the local legislative. In Continental China, Christians who challenge the attempts of the local government to control their churches face persecution and arrests; underground churches are destroyed, crosses are burned, and all translations of the Bible must be approved by authorities, who, in some cases, may have altered them to cater to their demands. In Hong Kong, however, Christians, who formed more than 10 percent of Hong Kong’s population, enjoyed the freedom of religion ensured by the region’s political autonomy.