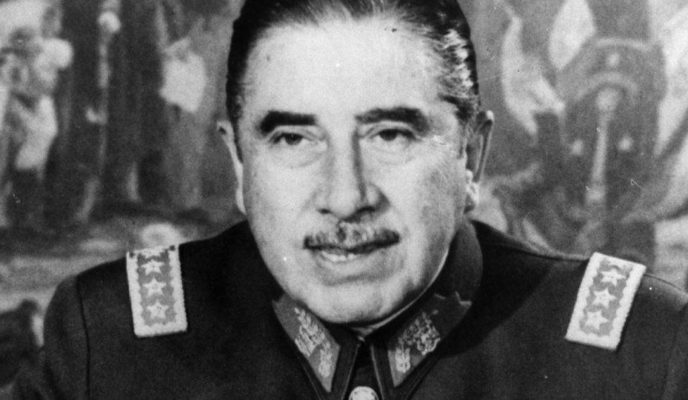 After a petition by a PSL congressman, the São Paulo State Legislative Assembly approves solemn act to honor Chilean dictator Augusto Pinochet, sparking several adverse reactions. Brazilian filmmaker Fábio Barreto, director of the 1996 Academy Award foreign movie nominee “O Quatrilho”, has died at the age of 62; Barreto had been in a coma since he suffered a car accident in 2009. Rodrigo Maia, president of the Brazilian Lower House, ordered the return of a political cartoon depicting a black man being shot by a police officer to the exhibition where it was being displayed in the Congress building; the protest artwork was violently attacked yesterday by a PSL congressman who is a member of the Military Police. The Brazilian government announced it will destine funds in order to officially recognize and demarcate lands to descendants of 628 families of runaway slaves. Finally, a trial which will determine the involvement of former president Luiz Inácio Lula da Silva in a corruption scheme during the bidding process to build a hydroelectric power plant will be transferred to a federal court in Brasília.

After a petition filed by PSL state congressman Frederico D’Ávila, the São Paulo Legislative Assembly scheduled for December 10th a solemn act to honor the memory of former Chilean dictator Augusto Pinochet. The controversial initiative sparked widespread outrage on the internet and from other politicians. During Pinochet’s tenure in power, which lasted from 1973 to 1990, it is estimated that 40 thousand people died as a result of that country’s military regime repression, according to an official report.

Movie director, producer, actor, and screenwriter Fábio Barreto died on Wednesday night in Rio de Janeiro. The 62-year-old filmmaker had been in a coma since December 2009, after a car accident in the Botafogo neighborhood. Barreto was responsible for directing movies such as “Lula, Son of Brazil”, a biopic depicting the life of former president Luiz Inácio Lula da Silva, and “O Quatrilho”, nominated for the best foreign film Oscar in 1996. His family is deeply connected with the Brazilian film industry: his father, Luís Carlos Barreto, is a well-known producer and screenwriter, and his brother, Bruno Barreto, has directed several successful movies.

The president of the Brazilian Lower House of Congress, Rodrigo Maia, decided that the political cartoon vandalized yesterday by PSL congressman Coronel Tadeu should be rehung on the wall where it was being displayed. The cartoon depicted a black man wearing a Brazilian national team soccer jersey shot dead by a policeman. Opposition politicians celebrated the decision, and hung other drawings by the controversial cartoon’s author, Carlos Latuff. Tadeu said he was not sorry for his actions, and was publicly rebuked by Maia.

Government destines funds for the demarcation of quilombola lands

Woman, Family, and Human Rights minister Damares Alves announced on Wednesday afternoon, during the official celebrations of Black Awareness Day, the release of nearly R$ 2 million in funds to foster the recognition and demarcation of lands inhabited by descendants of runaway slaves, known as quilombolas. In March, the minister had been petitioned for this recognition by members of these communities. The funds will be transferred from the National Bureau for the Promotion of Racial Equality directly to the Colonization and Land Reform National Institute, INCRA, and will grant official recognition of land ownership to 628 families. Recipients are legally barred from selling and leasing their land plots.

The 4th Circuit Federal Regional Court, Operation Car Wash’s appellate court, has decided to transfer to the Distrito Federal Federal Court the trial on the participation of former Brazilian president Luiz Inácio Lula da Silva in an alleged corruption scheme during the bidding process in the construction of Belo Monte Hydroelectric Power Plant, previously being tried by the 13th Curitiba Federal Court. Federal appellate judge João Pedro Gebran Neto ruled that the trial should be held in Brasília since the group responsible for building the plant, Eletrobrás e Norte Energia S/A, is headquartered in the Brazilian capital.