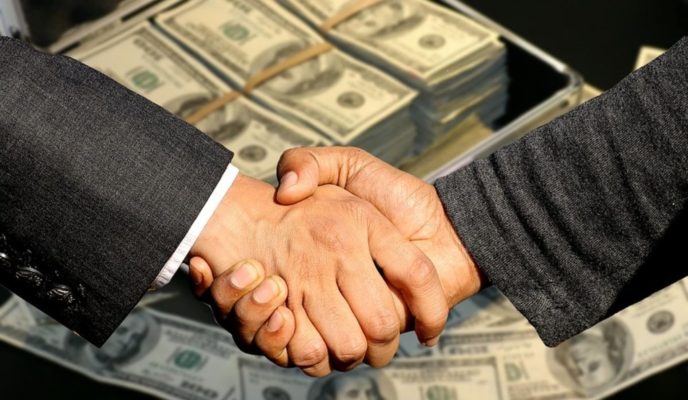 Why are they like that? Psychology and sociology look for explanations for the habit of not following legal rules and ethical standards to one’s own benefit

Influence peddling, bribery, nepotism, bidding manipulation, extortion, misapplication of public money… There are so many ways a political leadership can exercise corruption. But why so many public officials, whether elected or appointed by a civil-service examination, are corrupt? What goes on through the minds of people who dedicate themselves to disobeying legal rules and ethical standards to benefit themselves and the group to which they belong?

Psychology, sociology, administration theory, history and economics provide us some explanations. A new field of study, called physioeconomics, for instance, combined physiology and economics to understand the biological reaction of the human organism facing scenarios which favor corruption. That was what four researchers from the Universities Jaume I and Granada, in Spain, and the University of Reading, in England did: they gathered 93 people, separated them in groups from 9 to 12 people, and created simulated bidding processes. In every volunteer electrodes were placed, to measure the conductance of the skin in their hands – in case of a stress increase, and, consequently, an increase in the amount of sweat, the device would be able to quantify the emotional alterations generated by the negotiations.

Published in 2014, the study concluded that the environment largely encourages corruption. The participants who played the role of businessmen were informed of the willingness of the negotiator to receive bribes. The more willing he was, the more they risked losing the bidding process without offering any bribes. Naturally, in such cases, the volunteers-businessmen involved in the bidding dispute were willing to offer money on the side. When they were informed there were rigorous inspectors accompanying the process, the bribery rates immediately plummeted.

This is tense process, the researchers concluded: by engaging in illicit activities, the participants registered an increase in their stress levels. Still, they kept getting involved, when they realized there was no other alternative. The study concluded: corruption is more prevailing in environments which encourage it, and less common in situations where there is a stricter control. But only due to ethical reasons: the biggest factor of tension among the participants was not the illicit act, but losing profit opportunities.

“The results of the skin electric conductance show an interesting general pattern”, points out the study. “They show an increased tension when the participants do not bribe in situations where it would be acceptable, or when they bribe in situations where the inspection is more rigorous. That is, when they opt for riskier strategies. The same happens with those who accept the bribe.” It is not, therefore, something done by psychopaths or people with psychiatric disorder. And it becomes more common when it is the most profitable way of reaching a goal.

Power does not corrupt

Security expert Bruce Schneier adds an argument: politicians are rarely corrupt by themselves. They often act in groups, which not only collaborate, but make the illegal action seem righteous and acceptable.

But none of that explains why a politician is corrupt whereas another one, in the same position, behaves honestly. In 2012, Katherine A. DeCelles, a professor in the Rotman School of Management at the University of Toronto, made an experiment to answer that question. She came to the conclusion that power does not corrupt; it merely enhances people’s moral characteristics. People who always worry about behaving in an ethical way tend to think about the good of the society when they become more powerful, whereas those who are not ethical in their daily lives behave in the same way when they receive any form of power.

To reach that conclusion, the professor gathered 275 people. First, they filled a form to determine their ethical and moral behavior in routine activities, such as cutting in line or illegally overtaking a car in traffic. They were then submitted to a challenge: they were given 500 points to hand out to other people. They could keep from 0 to 10 points to themselves; the more points they kept to themselves, the more chances they would have of winning a lottery. DeCelles realized that people who behaved in a more ethical way during their daily lives were the same ones who kept less points to themselves.

Generally, experts which study corruption from an economical point of view focus on the cost-benefit relationship between those involved. Both citizens and companies have interests, which may be represented by politicians or influence groups. In scenarios where one must be corrupt to reach their goals, and the feeling of impunity is greater, those who are involved tend to get used more quickly.

The game theory helps understanding another aspect of this scenario: money laundering. Like Pekelman Halo, a historian and lawyer from Maranhão, explains in an article on the subject, this is a case in which the delay in discovering unquestionable evidences ends up stimulating the practice of misappropriating assets.

“On top of the burden of proving the individual committed the crime, the state has the burden of establishing beyond the slightest doubt that the criminal acts were committed. Due legal process and the certainty of the criminal act are indubitably healthy so that justice can be done, but the state’s institutions created to realize this task are not enough strong, nor are they free enough from corporative and bureaucratic influences”, he argues. “In the role of an individual accused of the crime of ‘money laundering’, a good player certainly will pay attention to all these factors and realize that, in many cases, the best strategy is to commit the crime. His choice is fully rational, because there is consistency and coherence between the means and the ends.

This exercise places two people under arrest for the same crime. Police has evidence to keep them in jail for a short period of time, but the criminals know that, if they confess everything, their sentences would be lengthened. Kept isolated and uncommunicable, they receive a proposal: turn in their accomplices to reduce their own sentences and increase their colleagues’. If both accomplices kept quiet, they would be given medium-size sentences. Invariably, what happens is the other way round: both snitch on their colleagues, for fear the other will do it first.

If, as the 2014 Spanish-British study indicates, the environment is so determining, there are ways of dealing with the problem. State prosecutor Gustavo Senna, professor at the Prosecutor’s Office School of Higher Studies, claims that corruption can be controlled and reduced. “The public administration’s internal control organisms must be strengthened, and that will create mechanisms to accompany the performance of the contracts”, he states. “It is necessary to encourage good public administration practices, thereby reducing the room for acts of corruption and inefficiency.”

On the other hand, scenarios in which politicians and their campaign donors unite to maximize their profits after the elections are in the opposite direction. “There are situations in which what dictates the future construction work is not the general or common good, but the private interest. There are stories of works suggested beforehand to the administrators by construction companies, as a payback for campaign donations”, says Gustavo Senna. “Another nefarious practice is the creation of made-up emergency situations, in order to avoid the bidding process.”