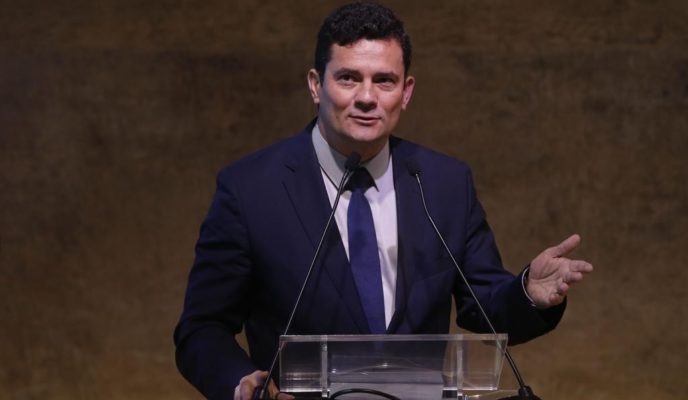 The future Minister of Justice, Sergio Moro, dreams big. He wants to drastically reduce criminality in Brazil with something similar to the Real Plan that solved hyperinflation in the 1990s. To do that, he is going to propose several bills to hamper organized and violent crimes in Brazil. Meanwhile, former president Lula has been formally accused twice over the weekend: first in Operation Car Wash’s “umbrella case” known as “Quadrilhão do PT” and then in a case that involves influence peddling in Equatorial Guinea. The soccer world also had an eventful weekend: Palmeiras won the Brazilian championship while the Copa Libertadores final was postponed due to violence. In Europe, the United Kingdom and the EU have finally entered into an agreement on Brexit. And the so-called Seventh Art loses one of its celebrated directors, Bernardo Bertolucci.

Former judge and future Minister of Justice Sergio Moro wants to implement a kind of “Real Plan” for public safety. His idea involves changes in the criminal process, as well as the establishment of task forces to fight organized crime. Moro is already writing the bills that he intends to submit to Congress at the beginning of the next legislature. One of these measures includes the ending of downgrading incarceration conditions for inmates associated with criminal organizations.

It’s been an eventful weekend for soccer fans in Brazil and Argentina. In Brazil, Palmeiras won the Brazilian Championship after a 1-0 victory against Vasco da Gama. This is Palmeiras’ tenth national title. In Argentina, the much-awaited Libertadores final, with Boca Juniors vs. River Plate, almost ends in tragedy after the Boca Juniors’ bus was stoned by River’s fans on the way to the stadium. The match is yet to be re-scheduled.

EU and UK finally reach an agreement over Brexit

The European Union has finally approved the Brexit deal. Britain’s withdrawal from the EU is scheduled to happen on March 29th, 2019. That’s the first time a country leaves the bloc that currently includes twenty-eight nations. The Brexit process was initiated in 2017 and, according to the Lisbon Treaty, the two sides had two years to enter into an agreement about the terms of the split. The deal will cost an estimated £39 billion to British taxpayers.

The Italian director Bernardo Bertolucci died in Rome at seventy-seven. According to the European press, he lost a battle against a “lasting disease.” Bertolucci became world-famous after directing the controversial Last Tango in Paris (1972), where Marlon Brando and Maria Schneider staged a shocking sex scene. His masterpiece, The Last Emperor (1987), earned him nine Oscars, including Best Director and Best Movie. His last work was Me and You (2012).