Fale a língua do mundo. Faça Wise Up.
Thu 22 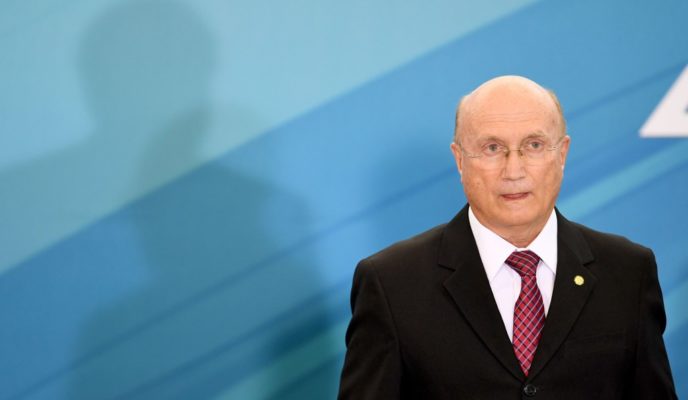 Congressman claimed 51 reports were based on untruthful facts and unproven accusations. Notified on Monday (19), the company intends to appeal the decision

The Courts granted Paraná federal deputy Osmar Serraglio (MDB) his request for Google to withdraw from its search engine 51 news reports in which he was mentioned within the scope of Operation Weak Flesh. The reports mention, for instance, the accusation that he allegedly received briberies in the scheme lead by federal agricultural and cattle inspectors, as well as agribusiness executives (here is what Serraglio’s defense team, who are denying any irregularities, are saying). Google’s lawyers said they are still analyzing the case in order to appeal.

Began in March 2017, Operation Weak Flesh investigates a scheme in which inspectors from the Ministry of Agriculture, through the payment of briberies, were protecting business groups by “facilitating the production of adulterated food products, issuing sanitary certificates with no effective inspection.” The fraud, which allegedly happened within the regional superintendencies of Paraná, Minas Gerais, and Goiás, was being used to channel funds for MDB’s and PP’s political campaigns, according to the investigations.

Designated head of the scheme, Daniel Gonçalves Filho, former superintendent of the Ministry of Agriculture in Paraná, said when turning state’s evidence that Serraglio received “several bribery payments in cash” and that, most of them were “around R$ 10 thousand.” In a telephone call recorded during the operation, Gonçalves Filho calls the congressman “big boss”.

After this information was published in the press, Serraglio went to the Courts on September 17 to ask the removal of 51 of these contents from Google’s search engine – three of them are reports by Gazeta do Povo. In his petition, the member of parliament claimed they consisted of “attributed untruthful and defamatory facts”, based on “unproven accusations, or accusations kept under secrecy.” Therefore, since he was running for reelection – Serraglio did not get reelected – “the harmful consequences of the offense incurring from the double violation, disclosure of secrecy and slander, will be increased, given the inexorability of the electoral period.”

Check out Gazeta do Povo’s reports which Serraglio wants to remove from Google:

When analyzing the case on the following day, judge Jair Antonio Botura, of the Umuarama Special Civil Court, considered “unquestionable” the harm Serraglio could suffer in his electoral campaign after “the publishing of untruthful news, or facts still under confidential investigation.” He claimed that, whenever someone did a free, gratuitous and unrestricted search on Google for information on the congressman, they would be faced with “those that the plaintiff considers offensive to his honor and dignity.”

The judge assessed that, even though the news were produced by other companies and merely reproduced by Google, “their repetition, after it has been established that they are not true or have their disclosure prohibited, makes Google’s behavior as illicit as that of the original publishers.”

“Even though it cannot be demanded from the internet provider the previous control of news published by the media, with the risk of incurring in censorship, one cannot forget that replicating untruthful or confidential content is in itself a blatantly criminal act. Therefore, the interlocutory relief requested by the plaintiff must be granted, notwithstanding the unswerving realization that the nefarious consequences on his public life, given the delay in this reaction (since these are old publications), and the speed and amplitude of the spread of news in the internet, are irremediable,” concludes the judge’s decision, which gave 24 hours for the removal or blocking of such content, and determined a daily fine of R$ 5 thousand in case of noncompliance.

Despite the decision having been taken on September 18, Google was only notified on Monday (19). The company has 15 days to file an appeal.

Despite Daniel Gonçalves Filho’s accusation, Osmar Serraglio denied receiving bribery when the news came out. “[The accuser] said he paid in cash. I ask: when and where did he pass along these amounts? Where did he withdraw that money from, how did he transport it, when and where did he hand it? What is worth is the word of that person who wants to get out of jail. He bargains with someone else’s honor and receives a prize,” he said in a statement. Regarding the recording in which he is called “big boss”, he said that “such form of address was casual when referring to the superintendent.”