Fale a língua do mundo. Faça Wise Up.
Tue 15 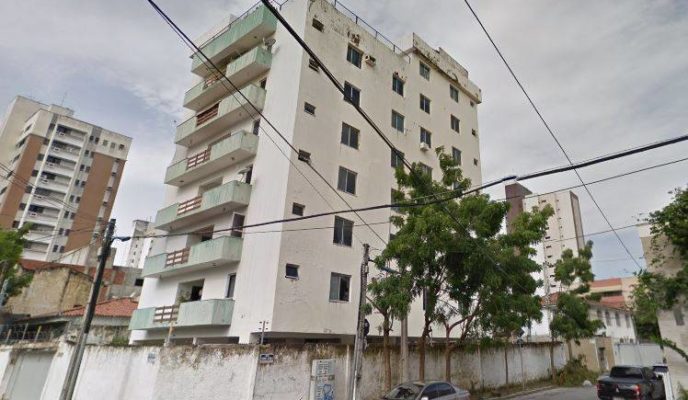 In Fortaleza, a seven-story building has collapsed; firefighters are at the scene trying to rescue the people trapped underneath the rubble. Brazil has registered a significant drop in crime rates during the first semester of 2019, compared with statistics of the same period last year. The United States has imposed sanctions on Turkey after the recent military incursions in Syria, which affected the civilian population and aggravated the delicate situation of the region. Brazilian scientists have discovered the exact moment in which Parkinson’s disease begins to affect the brain; the discovery may help to obtain early diagnoses and could improve its treatment. Finally, right-wing governments in the Eastern European countries of Poland and Hungary, allies of US president Donald Trump, have suffered significant defeats in local elections in their respective countries.

A seven-story building has collapsed in Fortaleza, Ceará, around 10:30 this morning. According to news portal G1, witnesses said there were up to 15 people still inside the building at the time of the accident. The area around the building has been isolated due to the risk of explosions generated by gas leaks, and several passers-by were injured by falling debris. The local fire brigade is currently at the site, with the help of SAMU ambulances.

Brazil has registered a significant drop in the number of homicides and rapes during the first semester of 2019, compared to the same period last year. The data was collected by the Ministry of Justice and Public Safety and was released to the media on Monday. President Jair Bolsonaro celebrated the information on his official Twitter account. According to the ministry, the number of homicides dropped by 22 percent and the number of rapes, by 12 percent. Figures involving other crimes, such as attempted homicides and vehicle thefts, have also shown similar drops. The number of police officers who died in the line of duty has also dropped by 42 percent during the same period.

US imposes sanctions on Turkey after military offensive in Syria

The United States Department of Treasury informed it has taken action against two ministries and three high-ranking officials within the government of Turkey after that country’s military operation in Syria. “The Turkish Government’s actions are endangering innocent civilians, and destabilizing the region, including undermining the campaign to defeat ISIS,” the department said in a statement. The measures were announced after US president Donald Trump signed a decree authorizing sanctions on any people and entities involved with the Turkish operation. American vice-president Mike Pence announced he will visit Turkey soon, and declared that “the United States of America did not give a green light for Turkey to invade Syria.”

Brazilian researchers from the Rio de Janeiro Federal University and the University of Virginia School of Medicine have been able to diagnose, for the first time, the precise moment in which Parkinson’s disease begins to manifest itself in the human body. The discovery may help to obtain an early diagnosis of the disease, and also in its treatment. Scientists were already aware that Parkinson’s – a progressive neurodegenerative disease – is associated with the accumulation of a specific protein in the brain, and now they were able to identify its initial formation and how it spreads through the organ.

Two right-wing Eastern European leaders and United States president Donald Trump’s allies had to endure strong defeats on Monday after their countries’ local election results. In Hungary, prime minister Viktor Orbán suffered a hard blow, while in Poland the government party lost control of the Senate. In Hungary, results showed a clear victory of the opposition in the dispute for the mayor’s office of the capital Budapest, and in at least ten of the country’s 23 biggest cities. Meanwhile, Sunday’s elections in Poland gave the right-wing Law and Justice party 235 seats in Parliament, a majority which is not enough to promote any constitutional changes, and will force the government to settle some sort of deal with the opposition.