Fale a língua do mundo. Faça Wise Up.
Tue 22 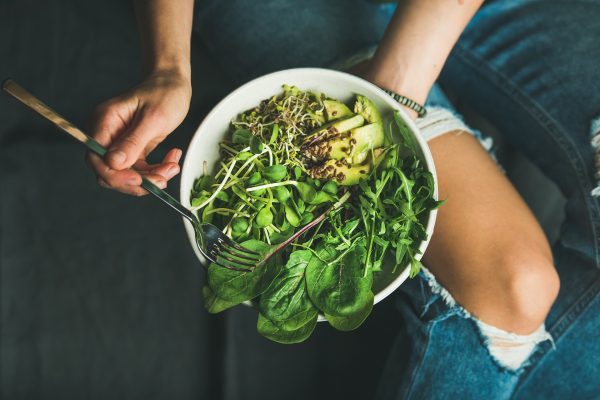 Although all leafy vegetables are beneficial to your health, dark green ones carry a larger amount of nutrients

Everybody knows that a balanced and healthy meal should contain a good variety of greens and vegetables. But according to the orientation of nutritionists, when it comes to choosing vegetables, it is wise to pay special attention to those with a dark green color.

They are rich in fibers, which help in the intestinal functions and cause a feeling of satiety. They also contain calcium, iron, and vitamins A, B6 and E. The latter is an antioxidant, and therefore prevents precocious aging. They also have magnesium and folic acid, which protects against cardiovascular diseases.

Nutritionist Thaís Santo explains that the color of the vegetables always indicates the type of nutrient. “All leafy greens have nutritional composites which are beneficial to the organism. Dark green leaves, however, concentrate a larger amount of nutrients,” she says.

Although cabbage is the most consumed, there are several others. Thaís mentions as examples mustard, escarole, watercress, arugula, wild chicory, and spinach, as well as others who are not so common, such as arrowleaf elephant ear, common chicory, and Barbados gooseberry. “The latter, as well as having all the benefits of the other leaves, is rich in proteins, and very well-known among vegetarians.”

The World Health Organization (WHO) recommends the consumption of at least 400 grams of greens, vegetables, and fruits per day. “As for the leaves, at least one portion of leaves (three leaves) per day should be consumed,” says Thaís.

She warns those who need to reduce fibers in their diet due to some pathology, or because they are doing a planned high-calorie diet, not to exaggerate when consuming such leaves. “In such cases, one must pay attention, since, due to the large number of fibers, satiety is obtained quickly,” she explains.

“An excessive consumption of fibers may cause intestinal fermentation, gases, and abdominal distension, as well as the risk of loosening the bowels or, if the person does not drink an adequate amount of water, constipation,” warns Astrid.

She explains that some groups of people, like pregnant women, elderly, and vegetarians or vegans, are especially benefitted from these leaves. “When it comes to pregnant women, these leaves are sources of folic acid, important in the formation of the baby’s neural tube,” she says.

For elderly people, as well as folic acid, which is important in the prevention of cardiovascular diseases, dark green leaves contain complex B vitamins, which help with memory and concentration. “People who eat them take a lot of benefit from them, since they are sources of calcium and vegetable iron,” says Thaís.

According to Astrid, when someone stops consuming products derived from milk, they need to find sources of calcium in vegetables. Dark green vegetables are the most recommended ones for this function. “As well as being rich in calcium the bioavailability (rate in which the organism absorbs a substance) of broccoli and cabbage, for instance, may reach 60 percent. Milk’s bioavailability, on the other hand, is 30 percent,” she says.

Astrid explains that food colors are related to phytochemicals, considered functional foods. Besides, dark green vegetables are richer than others in chlorophyll. “This is why they are often used, especially in juices, to detox and clean the liver,” says the nutritionist.

One of the best ways to consume dark green vegetables is to sauté them. This can be done with cabbage, arugula, watercress, brussel sprouts, among others. Nutritionist Astrid Pfeiffer teaches that simply sautéing them in olive oil, with black pepper, turmeric, cumin, can turn it into an Indian masala. Sunflower, pumpkin and sesame seeds may be added. “It is delicious and can be done really quickly,” she says. For people who have a hard time eating bitter foods, Thaís suggests using the leaves as an ingredient in cakes, pies, soups, creams and green juices mixed with fruits. “This makes the bitter taste less evident.”

Spinach bread in a frying pan

Mix two cups of chopped watercress, one shallow teaspoon of powdered garlic, half a chopped onion, two spoons of chia hydrated in two tablespoons of water, two tablespoons of olive oil, one cup of oatmeal flour (oatmeal flakes may also be used; if that is the case, just place them in a blender and use the ‘pulse’ function until it turns into flour), one cup (approximately) of whole wheat flour, one tablespoon of chemical yeast, spices (salt, parsley, spring onions, black pepper). Put water until the ingredients mix, and shape the cakes into the desired format. Place them in an anointed and nonstick baking tray, and, after 15 minutes in the oven, turn them so they can brown evenly.