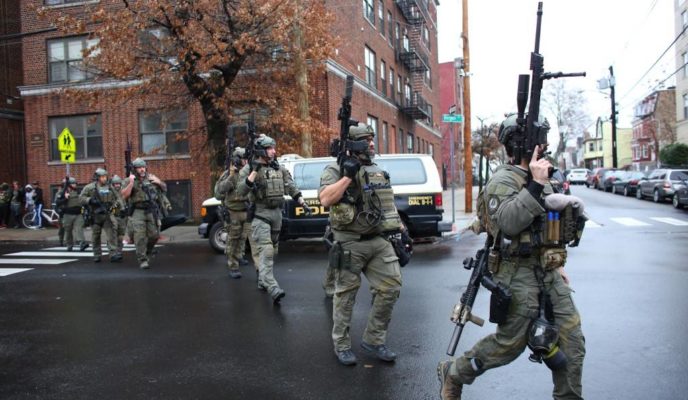 A shooting incident in Jersey City has left six people dead, including one police officer and two of the suspected culprits. Local authorities have ruled out any terrorist motivations. Brazilian Federal Attorney General Augusto Aras has asked Supreme Court justice Gilmar Mendes to review his decision to release from prison former Rio de Janeiro ex-governors Anthony and Rosinha Garotinho, convicted on corruption charges, after one of the provisional remedies imposed on the couple has been found to be unfulfillable. Brazilian president Jair Bolsonaro has announced unofficially his intention to appoint a new ambassador to Israel, an army reserve colonel. After an attack against indigenous people at a reserve in Maranhão, which sparked some backlash from foreign militants – including world-renowned 16-year-old activist Greta Thunberg – Justice minister Sergio Moro has requested the deployment of Brazil’s National Public Safety Force in the region to appease the situation. Finally, the Brazilian Health Surveillance Agency has detected pesticide levels above the maximum allowed in foodstuffs sold in the country.

A shootout in Jersey City left six people dead on Tuesday, including one policeman and two suspects, after both men began firing against local officers, according to local reports. Director of Public Safety James Shea ruled out any links with terrorism, and, according to the press, the police officer may have been the victim of an ambush. The standoff lasted for hours and ended inside a convenience store, where the two criminals were killed. Videos posted on social media networks have shown several armed agents at the crime scene; all 43 public schools in the city were shut down for the day.

Aras wants Rosinha and Garotinho back in prison

Brazilian Federal Attorney General Augusto Aras has asked Federal Supreme Court justice Gilmar Mendes to rearrest former Rio de Janeiro governors Anthony and Rosinha Garotinho. According to Aras, one of the provisional remedies imposed by Mendes on the couple in order to prevent their arrest cannot be fulfilled. The couple has been arrested under accusations of overcharging in contracts between construction giant Odebrecht and the local city government in Campos dos Goytacazes, under the pretense of building housing projects; both were released in late October by a preliminary injunction granted by justice Mendes.

Brazilian Army reserve colonel Paulo Jorge de Nápolis is being speculated to take charge of Brazil’s embassy in Israel, after a statement made by president Jair Bolsonaro on Tuesday. According to Bolsonaro, “change is necessary.” The information has not been officially confirmed, however; Bolsonaro added that “the idea is to change, but that doesn’t mean that [the colonel] will be the one. He is on the radar.” Long-time diplomat Paulo César Meira de Vasconcellos has been in the position since 2017.

Two members of the Guajajara Brazilian native indigenous native group died after an attack on Saturday near the BR-226 highway, 500 kilometers south of Maranhão’s capital, São Luís. Justice and Public Safety minister Sergio Moro initially sent a Federal Police team to investigate the incident, and later authorized the deployment of Brazil’s National Public Safety Force for 90 days to defend the local population at the Cana Brava Indian Reserve. President Jair Bolsonaro reacted to 16-year-old Swedish activist Greta Thunberg, who claimed the Indians died defending the Amazon, by calling her a “brat” and complaining about the space dedicated to her in the world press.

The Brazilian National Health Surveillance Agency, ANVISA, has found agrochemical residue in levels either intentionally exceeding those allowed or used inadvertently in 23 percent of all food samples assessed between 2017 and 2018 in the country. The results were published on Tuesday in the latest Pesticide Residue Report Program, in which 270 different agrochemicals were tested in samples of locally cultivated pineapple, lettuce, rice, garlic, sweet potato, beetroots, carrots, guava, oranges, mangoes, peppers, tomatoes, and grapes. According to ANVISA, however, there’s no reason to panic: all are still safe for consumption.