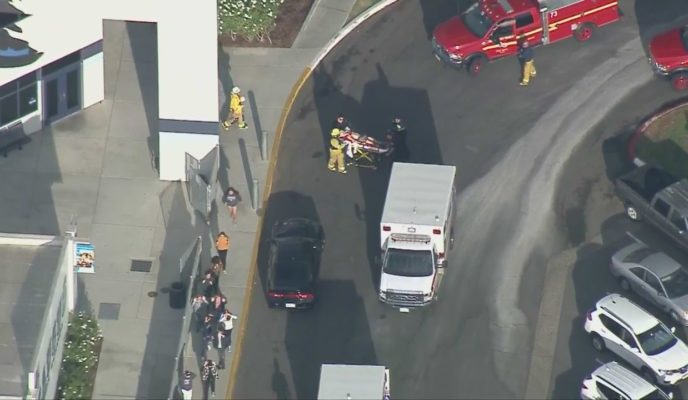 A shooting at a high school in the California city of Santa Clarita has left one person dead and several others wounded; authorities have arrested a suspect, but ordered neighbors to remain indoors. Russian president Vladimir Putin met his Brazilian counterpart, Jair Bolsonaro, during the BRICS Summit in Brasília, and defended a stronger presence of the bloc in the world, especially within the United Nations. The Brazilian Federal Supreme Court will rule in December on the possibility of making former president Luiz Inácio Lula da Silva eligible for office again, depending on whether the decision of a lawsuit tried by current Justice minister Sergio Moro is overturned. Supreme Court justice Dias Toffoli has gained access to confidential data from around 600 thousand people, including businessmen, public officials, and even members of the president’s family, under the pretext of investigation into the now-extinct Council for Financial Activities Control. Finally, Brazilian aerospace giant Embraer announced the recall of over 150 business jets due to recently discovered technical issues.

Police in Santa Clarita, California, responded to a shooting in Saugus High School on Thursday morning. According to local authorities, at least one woman died and four victims are being treated for injuries, three of whom in critical condition. The Los Angeles County Police Department said they have arrested a suspect whom they described as an Asian man in black clothing. Sheriff Alex Villanueva told CNN he believes this young man to be a 15-year-old student of the institution. Neighbors have been told to lock their homes and remain indoors.

Brazilian president Jair Bolsonaro met his Russian counterpart, Vladimir Putin, currently in Brasília for the BRICS Summit along with leaders from China, India, and South Africa. In a speech, Putin said the bloc should assume “a role of leadership at the United Nations” in the “fight against the threats imposed by terrorism and organized and transnational crime.” Bolsonaro, on the other hand, said that his government is looking towards the world, but places Brazil at the forefront. Yesterday, Putin and Chinese president Xi Jinping railed against what they called “bullying protectionism;” China is currently locked in a trade war with the United States, one of Bolsonaro’s closest allies.

STF will rule in December whether Lula remains ineligible for office

After overruling last week the possibility of jailing convicts who lost their second appeal, the Brazilian Federal Supreme Court will rule in December a motion to disqualify ex-judge Sergio Moro for his actions in the case involving a triplex apartment in Guarujá which led to the arrest of former president Lula. Since January at the helm of the Ministry of Justice and Public Safety, Moro is accused by Lula of acting partially and unfairly during the trial, a fact allegedly corroborated by his becoming part of the cabinet of Lula’s outspoken opponent, Jair Bolsonaro. If the sentence is annulled, Lula could be considered eligible to run for office.

Justice Dias Toffoli, president of the Brazilian Federal Supreme Court, has gained access to secret data from almost 600 thousand people, including private businessmen and public officials. The Central Bank authorized his access after he requested a copy of all financial intelligence reports produced during the past three years by the now-extinct Council for Financial Activities Control. Toffoli’s justification is that he wants to understand how this information was obtained and relayed. The initiative caused concern within the government, since members of the Bolsonaro family are mentioned in the documents; the Federal Attorney General’s office is studying measures against it.

In a letter to customers, Brazilian aerospace giant Embraer announced yesterday a recall of sorts of its Phenom 300 business jets. Cases have been reported of corrosion in the elevator balancing masses, which may cause loss of control of the aircraft. The recall affects roughly one-third of the company’s 500 planes of this specific model, and customers were advised to get in touch with service centers as soon as possible to schedule an inspection. Embraer Serviços president Johann Bordais decided to establish a deadline of three days or five flight hours – whichever comes first – to ensure all revision standards have been fulfilled.