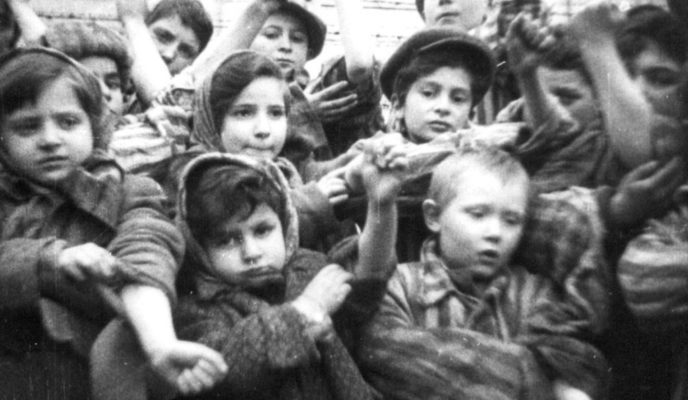 When Brazilians begin to question the German Embassy about Nazism, it is time to remember the atrocities committed by Adolf Hitler

Revisionism seems to be on the rise in Brazil. The attitude of denying the Holocaust took place, despite the amount of information available regarding the murderous actions of Germany’s Nazi regime during the period between 1933 and 1945 became evident during the last few days. Several Brazilians complained on social networks about a video, released by the Embassy of Germany, which explains how the history of the Third Reich is taught nowadays to the Germans themselves.

There is no doubt that the Holocaust happened. It was a massacre organized by the German state, which aimed to eliminate undesired populations, especially the Jews. Here are some irrefutable evidences, most of them collected during the Second World War or in the years that followed it.

There are thousands of statements from people who witnessed the Holocaust. They are accounts which are coherent to one another. The first of them was presented in 1946, but French survivor Marie-Claude Vaillant-Couturier. In fact, there are many projects which identify and collect data from the prisoners and their stories. One of the most well-known, the Yad Vashem memorial, has already gathered over 3 million accounts.

One of the victims, French priest André Rogerie, survived Auschwitz and made one of the first drawings of the crematoria used there. Another witness, ex-prisoner Mel Mermelstein, won in 1985 a lawsuit against U.S. revisionist organization Institute for Historical Review (IHR) — the institute had promised US$ 50 thousand to whomever provided evidence that Jews had died in gas chambers in Auschwitz. Mermelstein proved his mother and two sisters died in chamber number five. Initially, IHR refused to pay, but eventually it was forced by the courts to compensate the former prisoner in US$ 90 thousand.

Many victims lived into the 21st century, like Eliahu Pietruszka, a 102-year old citizen of Israel born in Poland, and 87-year old Nanette Blitz Konig, a Dutch woman who lives in São Paulo.

Several concentration camps, such as Sachsenhausen, Bergen-Belsen and Dachau, were kept for visitation, to ensure that their history is never forgotten. There are also photos and blueprints of the gas chambers and crematoria.

Besides, as pointed out by the German Embassy’s video that Brazilian internet users tried to correct, plaques spread throughout the biggest cities in that country indicate the location of houses which belonged to Jews who were arrested by the government and sent to concentration camps.

The allegation made by revisionists that the gas chambers were built afterwards by allied military personnel in order to falsely accuse the Nazis has not been proved by any form of documentation or reliable testimony.

In the years right after the war, a series of members of the Nazi government explained how the concentration camps worked – that, for example, is the case of Oskar Gröning, Auschwitz’s account. Johann Kremer, a doctor in Auschwitz, even kept a diary about his routine, in which he mentions the deaths in the gas chambers.

Even more curious is the case of a German who tried to investigate German crimes during the war. Georg Konrad Morgen, a German SS lawyer and judge, worked relentlessly to investigate suspicions of bribery among Nazi leaders. He ended up discovering clear traces that his own country had built structures capable or killing thousands of people with great efficiency. He witnessed the use of gas chambers and, after Hitler’s defeat, presented himself to the tribunal judging German crimes to witness everything he had seen.

The most respected historians of the period and Hitler’s biographers, such as Martin Broszat, Peter Longerich and Ian Kershaw, agree there are no documents signed by the Führer regarding the Holocaust policy. But that doesn’t mean he did not know, or did not agree – after all, Nazism’s main leaders, including Hitler, killed themselves at the end of the war, and there were orders to burn any compromising documents.

About his desire to wipe the Jews off the face of the Earth, Hitler had already made himself very clear in his 1925 book Mein Kampf, as well as in letters dated to the years following the First World War. Speeches made later by the Führer insisted on comparing Judaism to Soviet Socialism. In the meantime, German movie theaters showed documentaries about the Jews – one of them compared Jews to rats, which needed to be fought with poison.

Outside these indirect evidences – themselves extremely self-evident – there are documents which have survived, and indicate that the main Nazi leaders actively took part in the Holocaust. Among them are memos by SS military commander Henrich Himmler ordering the death of Jews, Gypsies, Russians, Ukrainians and Poles. Himmler is also author of a report with a self-explanatory name: “The Final Solution for the Problem of European Jews”. Propaganda minister Joseph Goebbels was even more direct in his diary: on the September 14, 1942 entry, he writes that the Führer had insisted once again in his determination of “cleaning” Europe from the Jews.

There are also the documents from the concentration camps which have not been destroyed. In one of them, Auschwitz administrator Karl Bischoff registered, in June 28, 1943, that in that day alone 4,756 corpses of Jews had been incinerated.

Revisionists usually question the estimate that six million Jews were killed by the Nazis. But population statistics from the period confirm: in 1939 there were approximately 9.75 million Jews living in Europe. In a peaceful context, that number should have increased; but by 1946 there were only 3.6 million Jews in that continent.

Allied military personnel who entered the concentration camps in the final period of the war found – and photographed and filmed – prisoners and thousands of bodies piled up in shallow graves. Of all the evidences the Holocaust did exist, this is the most expressive one: it is unreal to assume that so many people, in different days and locations, would be able to forge images of prisoners rescued on the brink of starvation. There are also pictures taken when the concentration camps were still active. In one of them, a pile of bodies is being burned in open air, possibly due to overcrowding in the crematoria.