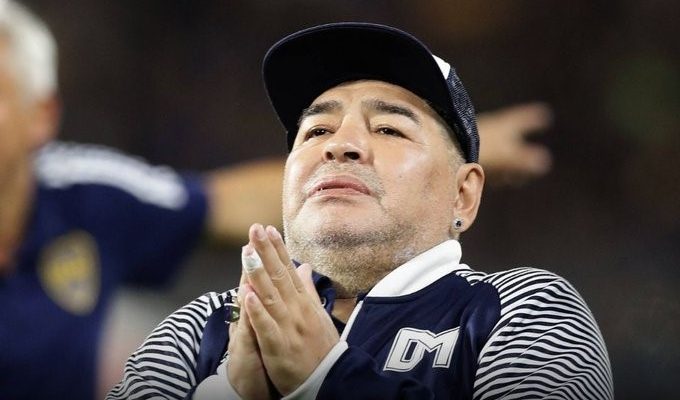 Soccer legend Diego Maradona, Argentina’s greatest all-time player, has died at the age of 60, shocking the world of sports. The Trump administration and the US General Services Administration have given the go-ahead for the official transition process between the current government and the incoming team of president-elect Joe Biden. Former Goiás governor Maguito Vilela, who is running for mayor of the state capital, has been hospitalized with COVID-19 and, due to the severity of his state, has been under sedation and still hasn’t been informed of his victory in the first round and his dispute in the second round of the local municipal elections. Russia is accusing a US destroyer of illegally entering its territorial waters, and claimed to have chased it off after threatening to ram it, causing frictions between both country’s military forces. Finally, Brazilian journalist and sportscaster Fernando Vanucci, famous for his World Cup coverage and hosting of several TV shows, died on Tuesday, at the age of 69.

World soccer legend and Argentina’s all-time greatest player, Diego Armando Maradona, has died at the age of 60. Newspaper Clarín was the first to give the world the sad news, later confirmed by the Argentinian Soccer Association in its social media platforms. Widely considered one of the greatest players in the history of the game, he became a national icon after practically single-handedly leading Argentina’s national squad to victory in the 1986 World Cup. In the competition, he scored two of his iconic goals, one of them after getting past seven English defenders, and the other coyly using his hand, a play that later became known as the “Hand of God”. He also led his team to vice-championship in 1990, before retiring from the national squad after being caught in a doping test in 1994. His career and health were marred by the excessive use of cocaine, which caused the health problems that eventually led to his demise.

The General Services Administration, GSA, ascertained Monday that United States president-elect Joe Biden is the “apparent winner” of this year’s presidential election, and authorized the beginning of the formal transition process from the current government of president Donald Trump to that of his successor, the Democrat president-elect Joe Biden. The GSA is an independent government agency responsible for, amongst other things, formally kick-starting the transition process that will allow current administration officials to coordinate with the incoming Biden team, and provide millions in government funding for this transition. On his Twitter account, Trump said he was recommending that his administration begin the transition, without, however, conceding his defeat and saying he will “keep up the good fight”.

After being hospitalized with COVID, Goiânia candidate still not aware of election victory

Former governor of the Brazilian state of Goiás, Maguito Vilela, who is running for the mayor of the state capital, Goiânia, was diagnosed with COVID-19 on October 20th, and has since then been admitted into the Albert Einstein Hospital, in São Paulo. His health condition has worsened, due to pulmonary complications, and he had to be intubated and placed under sedation. Vilela, therefore, is yet to be informed of the results of the first round of the municipal elections, in which he came out in first place, with 36.02 percent of the votes, and will now run against Vanderlan Cardoso, who obtained 24.67 percent, in the second round.

On Tuesday, Russia stated that one of its warships identified and chased off a United States Navy destroyer which they claimed was operating illegally in the country’s territorial waters in the Sea of Japan. According to Moscow officials, the Admiral Vinogradov, a Russian anti-submarine destroyer, verbally warned USS John S. McCain, a US Navy guided-missile destroyer, and threatened to ram it. The American vessel, which had been in the area for several days, “violated the territorial waters of the Russian Federation in the Peter the Great Gulf”, read a statement issued by the Russian Defense Ministry. US authorities answered by saying that they were operating according to international law, and that Russia had since 1984 illegally claimed the area as “internal waters”. “The United States will never bow in intimidation or be coerced into accepting illegitimate maritime claims, such as those made by the Russian Federation,” said Lieutenant Joe Keiley, 7th Fleet spokesperson.

Brazilian journalist and sportscaster Fernando Vanucci died on Tuesday, at the age of 69, in São Paulo. Vanucci suffered from a heart condition, but the cause of death was not immediately disclosed by his family. The 69-year-old was one of the top names in sports journalism in the country for the past decades, working as a TV host, sportscaster and commentator. Through most of his career he worked in Rede Globo, where he presented the network’s top sports shows. He covered six World Cups, and later moved on to work at other major TV stations such as Bandeirantes, Record, RedeTV!, and Rede Brasil, where had been working since 2014. Vanucci felt ill and was taken to a hospital in Barueri by one of his co-workers, but died on the way. His health had been fragile since suffering a heart attack in 2019.