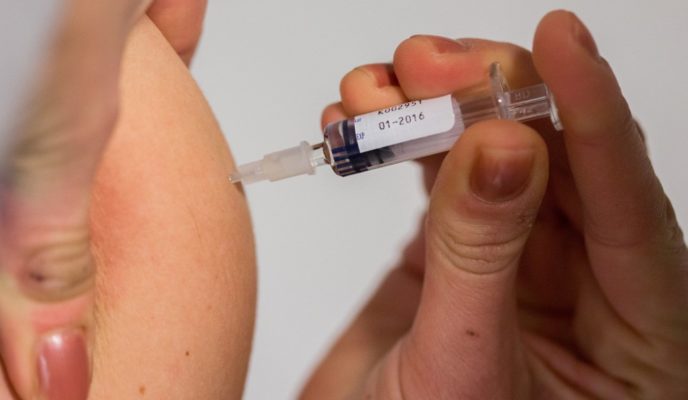 The number of people sickened by the highly contagious, potentially deadly disease increased by 71 during the third week of April, with 22 states reporting cases

The United States is on track to surpass the record number of measles cases in a single year since the disease was declared eliminated in 2000, according to figures reported Monday. For the fourth week in a row, health officials have added dozens of new cases to the year’s list of confirmed ones, bringing the total to 626 – already the highest number in the past five years.

The number of people sickened by the highly contagious, potentially deadly disease increased by 71 during the third week of April, with 22 states reporting cases. In 2014, the United States had a record 667 cases, including one large outbreak primarily among unvaccinated Amish communities in Ohio that accounted for more than half of the cases that year.

Health officials said they expect the 2019 case counts to jump in the coming weeks because of increased disease spread during Easter and Passover gatherings. Officials in New York City, location of the largest outbreak in the country, are especially worried. At least 303 cases have been reported this year, virtually all in Brooklyn. New York City Health Commissioner Oxiris Barbot said she is bracing for an increase.

“Because of measles’ long incubation period, we know this outbreak will get worse before it gets better,” she said last week.

The CDC figures, updated Monday, report cases as of April 18, before the start of the holidays.

The outbreaks are linked to travelers who brought measles back from countries such as Israel, Ukraine and the Philippines, where large measles outbreaks are occurring.

The majority of people who have fallen ill were unvaccinated, officials said. In some communities, anti-vaccine activists have spread false claims about the measles, mumps and rubella vaccine, fueling refusal or hesitancy among parents about immunizing their children. When many people in a community have not been vaccinated, the disease can spread quickly. It can cause serious complications among all age groups, especially young children, adults with weakened immune systems and the very elderly.

The CDC defines an outbreak as three or more cases. In addition to New York City, there are outbreaks in California; Rockland County, New York; New Jersey and Michigan, where almost all 43 cases are linked to one man who traveled to the Detroit area from Brooklyn, unaware that he had measles.

California has 23 cases, including four in San Mateo County, which include an adult who visited Google headquarters in Mountainview, and 13 cases in Butte County in northern California, the region devastated by the most destructive wildfire in history.

In Washington state, 74 people contracted the infection, including 63 who were unvaccinated. Health officials are expected to declare that outbreak over if no more cases are reported by Wednesday. That’s two incubation periods (42 days) without new cases.

Meanwhile, the rise in measles cases prompted the Food and Drug Administration on Monday to stress the importance of the measles, mumps and rubella vaccine, saying large, well-designed studies confirmed its safety and effectiveness long ago and demonstrated it is not associated with the development of autism, false information that anti-vaccine groups have claimed for two decades.

“We cannot state strongly enough – the overwhelming scientific evidence shows that vaccines are among the most effective and safest interventions to both prevent individual illness and protect public health,” Peter Marks, director of the FDA’s Center for Biologics Evaluation and Research, said in a statement.

“It’s an urgent public health priority to monitor these diseases and raise awareness of the importance of timely immunizations, especially as outbreaks are taking hold among unvaccinated populations in this country,” Marks said.